Mindy Kaling to Colbert: We haven't haven't ruled out the topic of abortion 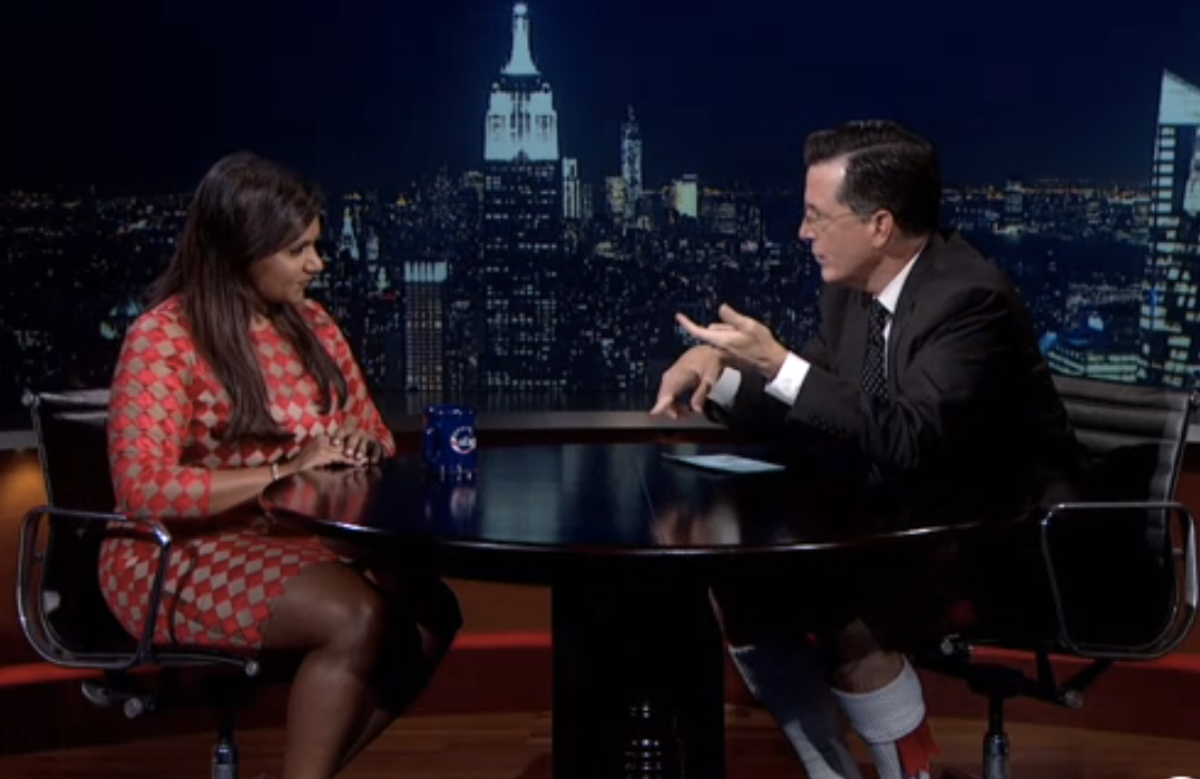 Mindy Kaling, creator and star of "The Mindy Project," appeared on "The Colbert Report" on Monday night to discuss the third season of the show, which begins Tuesday night.

After engaging in a "compliment-off," the two discussed her space in the pubic arena as a comedian, actress, writer and, of course, role model and spokeswoman.

"Do you enjoy speaking for all women? Or all people of color?" Colbert asked.

"That's a great question," Kaling responded. "I do feel a sense of responsibility that -- I like being able to do that. And I think people who have a really cool job like mine, it's lame to say that you don't want to be a role model. But it can be a lot. It can be a little overwhelming at times."

Colbert then segued into Kaling's recent controversy. Kaling recently "misspoke" about the ability to cover the topic of abortion in a 30-minute sitcom.

"Some people criticized you because you said that perhaps as an OB/GYN you don't do like the transvaginal ultrasounds on the show. You don't deal with the question of abortion on your show," Colbert started. "You said something very interesting."

"Well, I said that, you know, my show is as much about gynecology as 'The Office' was about paper," Kaling explained. "I think that a lot of women look to me and the show as -- they want me to be a spokesperson for a lot of issues. And I actually think that is a responsibility that I think is cool. Like I want to live up to that."

"At the same time," Kaling demurred, "abortion is not a hilarious subject --"

Mindy's conclusion: "We haven't found a hilarious take on abortion that is saying something new, yet. But we might!" Watch below: