The senator says that ISIS will kill us all. Jon Stewart does not believe him. 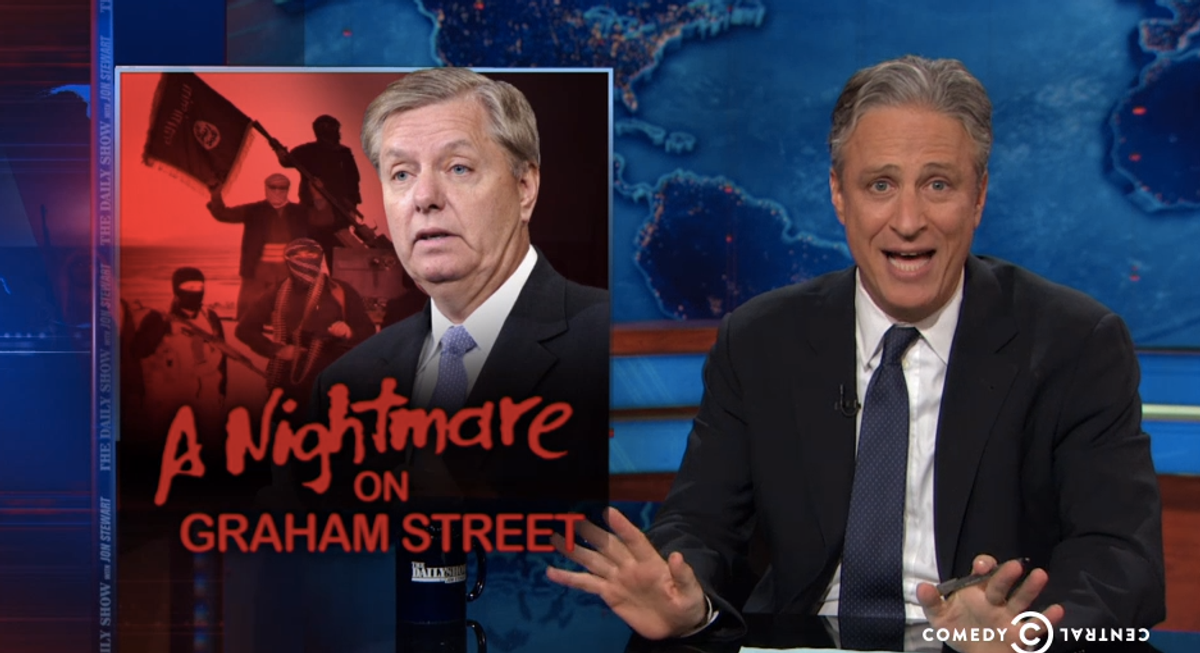 Sen. Lindsey Graham has been raising the alarm on pretty much everything for the past 13 years, so it's hard for "The Daily Show" to take him seriously now, when he argues that ISIS will kill all Americans. Knowing his penchant for hyperbole and paranoia, Stewart asked Samantha Bee to investigate. She presents his "full, nuanced understanding of the ISIS threat," which sounds a lot like Graham cowering in fear of his own shadow: