Shocking documents reveal: America's chicken industry is putting us all in danger 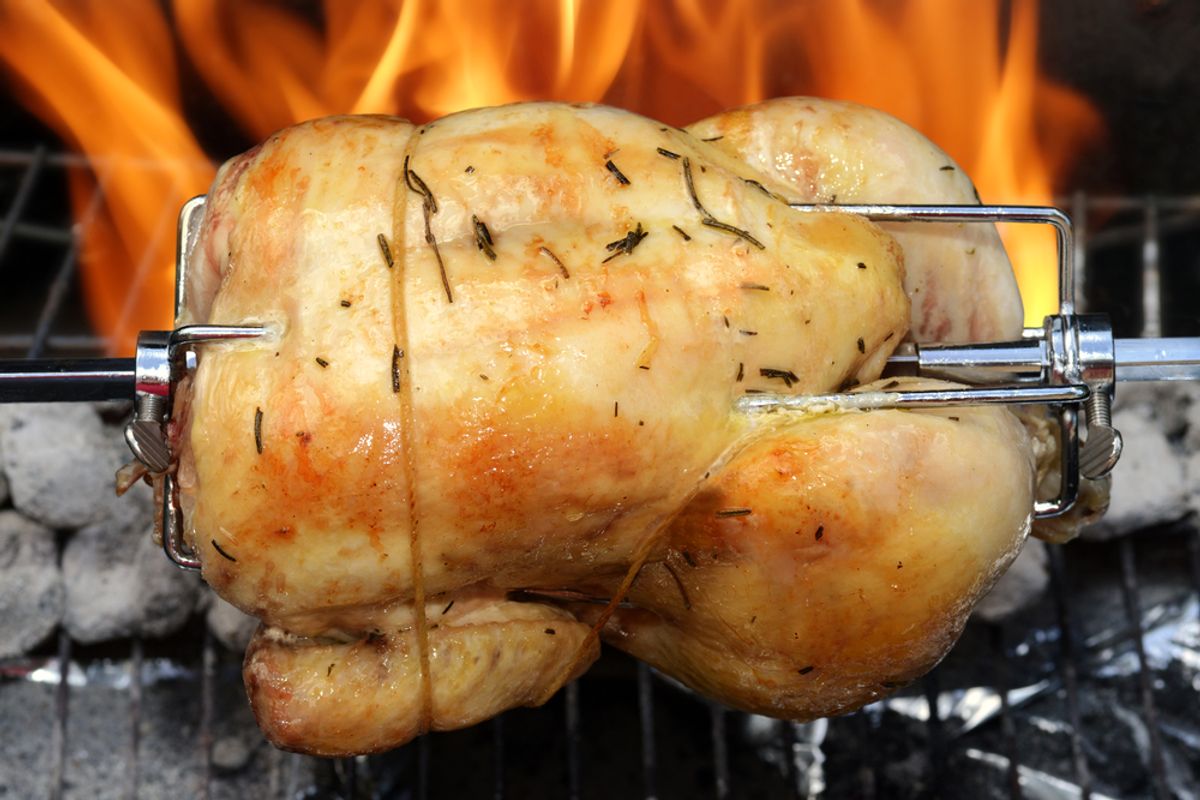 "Some of the nation’s largest poultry producers routinely feed chickens an array of antibiotics -- not just when sickness strikes, but as a standard practice over most of the birds’ lives," a Reuters investigation of confidential industry documents reveals.

This should be a scandal. When at least 2 million Americans are contracting antibiotic-resistant infections every year, and 23,00 are dying as a result, and the director of the Centers for Disease Control and Prevention is warning that we're teetering on the edge of the "next pandemic," the routine use of antibiotics on farms, which are clearly contributing to antibiotic resistance, is unacceptable.

And yet we kind of knew this already. As in: We know that 80 percent of all antibiotics sold in the U.S. go to the livestock industry. In a recent report, Consumer Reports tested samples of supermarket chicken, and found that half harbored drug-resistant bacteria. A 17-month-long outbreak of antibiotic-resistant Salmonella linked to Foster Farms chicken sickened hundreds. We also know that the FDA has completely dropped the ball on this. While it's been considering the issue of antibiotics in livestock since the 1970s, the agency didn't manage to do anything about it until late last year, when it proposed voluntary guidelines on antibiotics used to promote growth, long understood to be an abuse of the drugs. Since then, other should-be scandals have emerged: the revelation from the FDA's own internal review that 30 livestock feed additives pose a "high risk" of exposing humans to antibiotic-resistance through food, for example, and the decision, handed down this summer by a federal appeals court, that the agency has no obligation to investigate and ban the use of antibiotics in healthy animals.

What Reuters adds to the conversation is what the NRDC calls an "unprecedented analysis" of specific drug use at five major companies: Tyson Foods, Pilgrim’s Pride, Perdue Farms, George’s and Koch Foods. By looking at "feed tickets," confidential industry documents that describe the drugs that are added to chicken feed, it found evidence of "standard practice" that extends far beyond sick birds. Chicken growers for George's, for example, ordered up two antibiotics classified as "critically" and "highly" important in humans explicitly for "increased rate of weight gain." Tyson ordered the antibiotic bacitracin "for use in the prevention of coccidiosis in broiler flocks, growth promotion and feed efficiency” despite saying that it only uses it to prevent disease, and Koch Foods, a Chicago-based supplier for KFC, called for an antibiotic that's “highly important” for fighting human infections, contradicting the company's statement, on its website, that claims otherwise (the website has since been changed). Even Perdue, which is making huge strides in reducing antibiotic use, is using low levels of one antibiotic in feeds. Pilgrim's, which added low doses of two antibiotics "to every ration fed to a flock grown early this year," threatened to take legal action against Reuters.

“These are not targeted uses aimed at specific bugs for defined duration," Keeve Nachman, director of the food production and public health program at Johns Hopkins University’s Bloomberg School of Public Health, explained to Reuters. "They’re multiple, repeat shotgun blasts that will certainly kill off weaker bugs and promote the stronger, more resistant ones."

According to Reuters, federal regulators definitely aren't aware of the extent to which this is happening. That's one problem. Another problem is that this is all legal: both the use of antibiotics that are important for human health (which were listed on about 10 percent of the feed tickets reviewed by Reuters), and the use of those that aren't -- even though, according to CDC scientists, they too contribute to resistance. Even under the FDA's new guidelines, producers will be free to use low levels of those drugs, so long as they say they're being used for the "treatment, control and prevention of disease."

In an accompanying investigation, Reuters also revealed that the FDA has only reviewed 7 percent of the approximately 390 animal drugs currently on the market to assess their superbug-creating potential. Add it to the list.