The global cost of fighting climate change might be ... free? 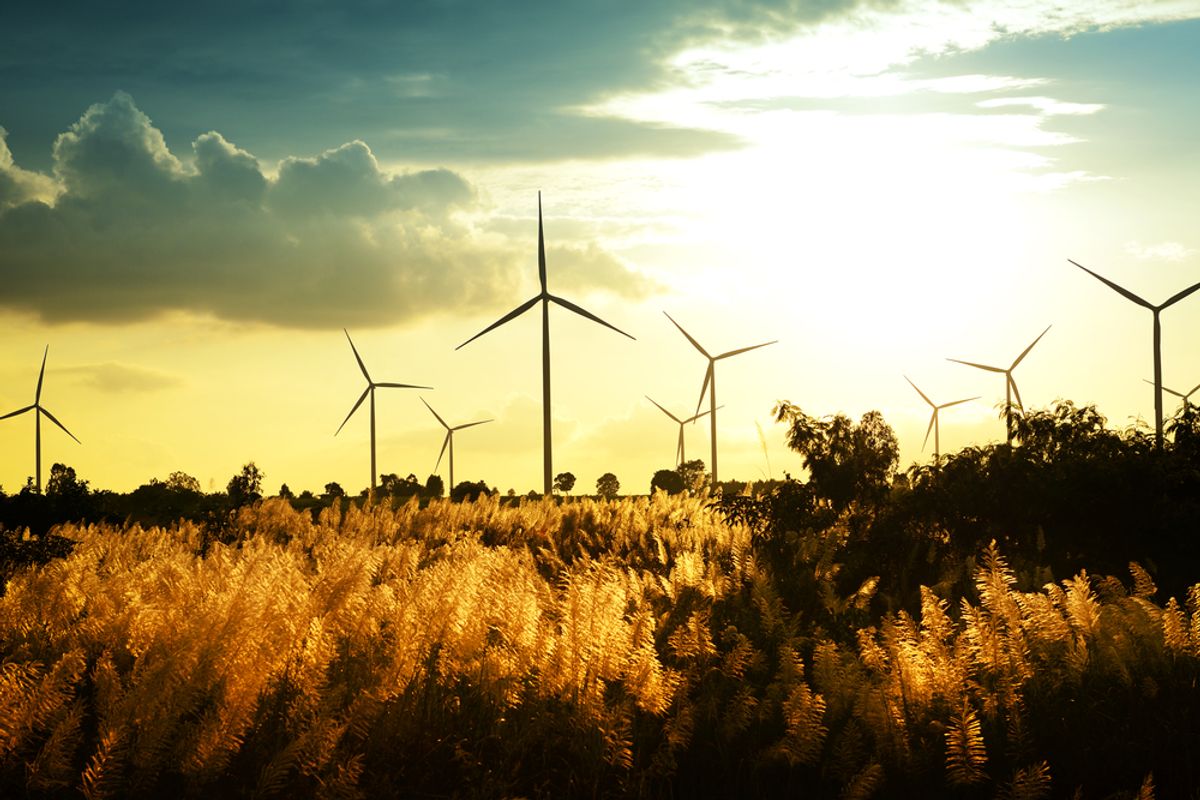 The world can beat this climate change problem yet, promises a major new report from an international commission of leading economists. And the cost of doing so might end up being practically nothing.

The New Climate Economy report "refutes the idea that we must choose between fighting climate change or growing the world’s economy. That is a false dilemma,” said former president of Mexico Felipe Calderón, chairman of the group behind the report, the Global Commission on the Economy and Climate. “The report sends a clear message to government and private sector leaders: We can improve the economy and tackle climate change at the same time.”

It's a crazy idea, so much so that major news organizations are finding it necessary to qualify its lofty claims by insisting that, while they "may sound utopian," many are already being carried out in countries and cities throughout the world. "[The report's] focus is intensely practical," explains Michael Jacobs, a senior adviser to the commission, "fulfilling its aim not to be a ‘climate report’ but an economic one. It explicitly takes the perspective of ministers of finance and economy, city mayors and business CEOs whose primary goal is not cutting emissions." What it finds, he writes, is that climate action is "not a sacrifice. It’s an economic gain. We should do it not just because it’s good for future generations; it’s good for us now."

So how does this amazing, no-cost solution to climate change work?

Regardless of what we do, the report explains, we're going to be spending about $90 trillion over the next 15 years on cities, land use and energy. The total cost of saving the world (or at least, keeping warming close to 2 degrees Fahrenheit) would be about $4 trillion, only about 5 percent more that what we'd be spending anyway. As Carbon Brief explains, the world would need to invest around $600 billion per year toward energy efficient buildings, transport systems and industry, along with $330 billion to make the switch from fossil fuels to renewables. But the returns, from not having to build new fossil fuel plants, for example, or from the reduced energy demands of well-designed cities, could be nearly as high -- not to mention the fact that the costs "are almost certainly outweighed by the future economic damages associated with warming of more than [two degrees] that they would avoid." Huge potential currently exists to invest in efficiency, the report finds. But we need to act now, because each power station, city or transport system built without the climate in mind is a guarantee that high carbon emissions will continue for decades, unless we invest in the even higher cost of replacing it.

As the New York Times explains, you're going to have to be a little bit liberal with your interpretation of "costs" to include things like the economic value of improved human health from cleaner air -- invaluable, to some, but not exactly the sort of thing the fossil fuel industry includes in its bottom line. Oh, and it also recommends that governments slash the $600 billion currently being used to subsidize fossil fuels, to be replaced with a "strong and predictable price on carbon." That's a lot of money saved right there -- money that, according to the report, can be reallocated to fight poverty.

Even the flawless implementation of all these suggestions, the report's authors admit, would only get us about 90 percent of the way toward the two-degree limit, which is where we need to be to avoid dangerous climate change. But that's a lot better than where we're headed now. And it's a lot to get for nothing.