Debra Messing stars in a sagging, far-from-revolutionary comedy about balancing motherhood and work 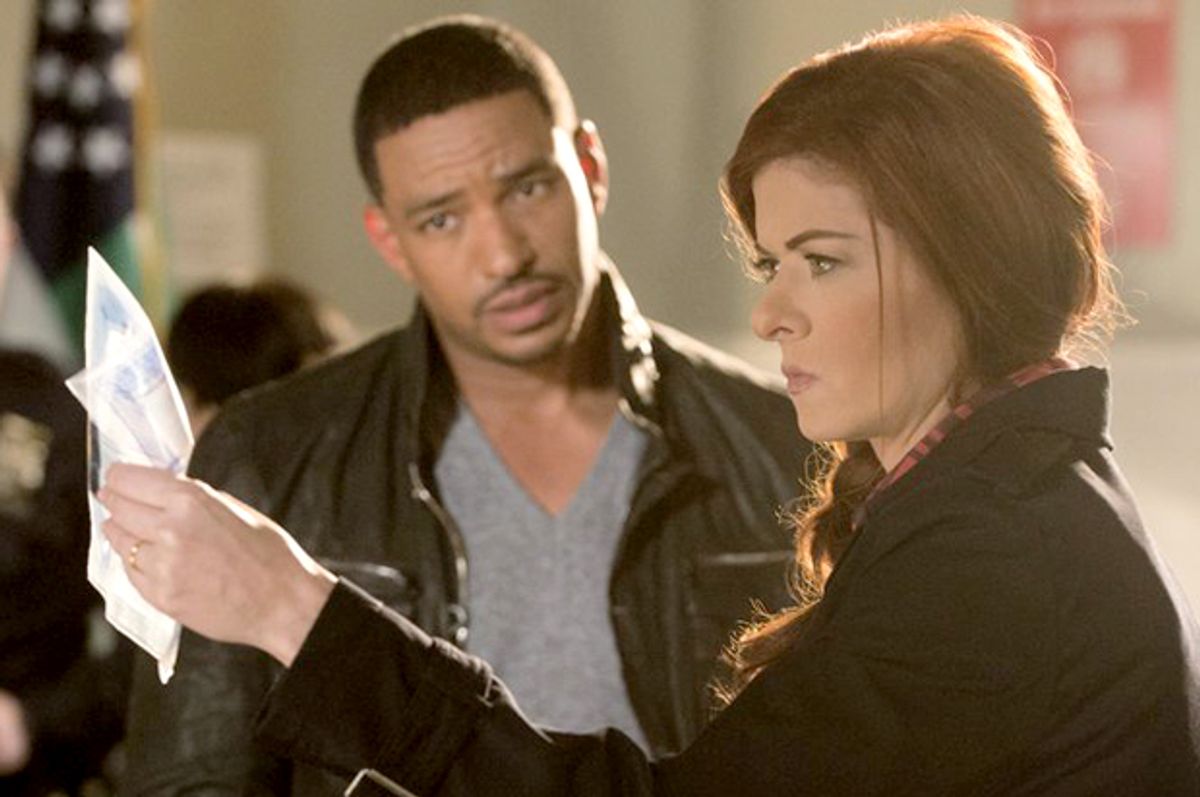 Laz Alonso and Debra Messing in "The Mysteries of Laura" (NBC)
--

Debra Messing, who stars in the NBC light comedy debuting Sept. 17, had the great luck of starring in one of the iconic sitcoms of NBC's late period of dominance. On "Will & Grace," she wasn't necessarily great (she leaned a bit too heavily on physical comedy, but she was part of a great ensemble). The "Will & Grace" cast was, perhaps more than any other foursome in history, more than the sum of its parts, with sharp timing and snappy direction. Even when the writing on "Will & Grace" sagged -- turning each character into a caricature in order to justify endless fighting -- the characters' relationships were credible. They balanced each another out.

Little wonder that in the years since the show's foursome split up, none have found quite the right full-time showcase. Megan Mullally works consistently and very well in guest roles across TV, while Sean Hayes hasn't quite figured out how to fit his antic energy into the contemporary TV landscape. His boundlessly enthusiastic guest roles ("Portlandia," "Up All Night") always seem beamed from a different era of TV entirely, and his sitcom last season was surprisingly heavy and plodding. Eric McCormack is on a TNT drama now, and good for him. And Debra Messing has moved between various projects, never quite finding a fit.

Messing is, oddly enough given her most famous role, low-energy on-screen. Her default mode is to speak slowly in a tone that sounds at least an octave lower than her natural range. Without someone to play off of, she brings minimal sense of fun to even projects that seem risible. That was how she was when entombed in scarves on "Smash" and how she is on "Laura," in which she plays a detective balancing crime fighting with parenthood. The premise, which could perhaps reflect economic realities in a way most TV doesn't, still feels warmed-over. Can a woman have a job? it asks. Given what we know of the character, Messing's lack of affect half-makes-sense -- Messing's character is stressed all the time, we're repeatedly told -- but it's not very fun to watch.

The character of Laura is a frankly bad person (she uses police records to blackmail a private school employee into giving her children an interview) and pretty stupid (she plies her children with Benadryl before the interview in case they get the urge to cough, then is stunned when they fall asleep). We're never going to root for this character as written, even if the private school interviewer is such a cartoonish villain that she actually says of Laura and her estranged husband, "Separate homes. How modern." But the fact that Laura gets so little spark from Messing is a problem that could be easily fixed.

NBC's recent programming strategy has been to balance perceived "quality" family fare that brings the network back to its roots with quick-hit, not necessarily sustainable fare (football, the aging "Voice" franchise). The only problem has been that the shows in which the network has invested the most energy consistently marry a star of NBC's yesteryear with a format that's a total disaster. Sean Hayes could, likely, be great on TV; "Sean Saves the World," a show in which no one was able to bring him back to earth, wasn't. Michael J. Fox was similarly ill-served by "The Michael J. Fox Show," and "The Mysteries of Laura" makes it, officially, a trend. "People loved her on 'Will & Grace'!" isn't a pitch that really works when Messing is doing none of the stuff she did on "Will & Grace" nor revealing a new side of herself aside from "vaguely downcast." NBC will eventually discover that making television worth remembering fondly is more worthwhile than coasting on the last fumes of must-see TV. But we're probably a few years, and a "David Hyde Pierce Show," away from seeing that happen.