US to assign 3,000 from US military to fight Ebola 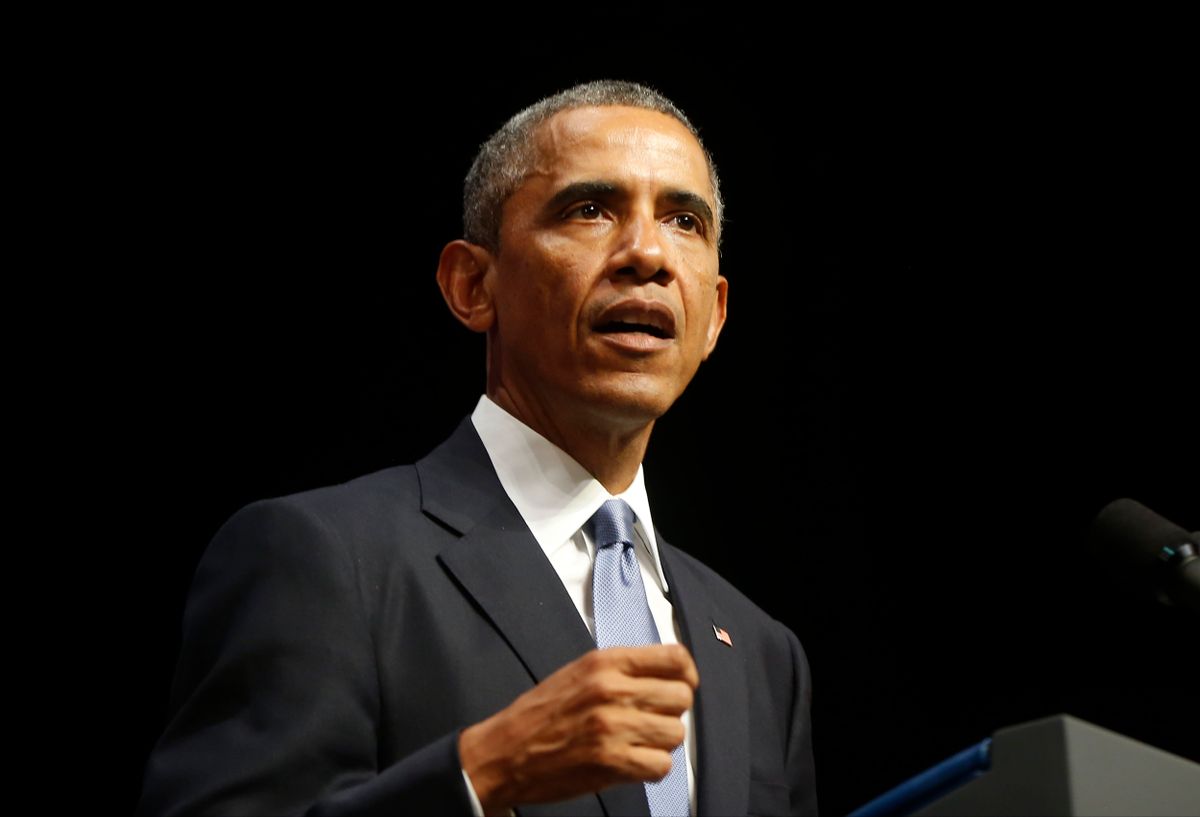 FILE - In this Sept. 3, 2014, file photo, President Barack Obama speaks at Nordea Concert Hall in Tallinn, Estonia. The Obama administration is ramping up its response to West Africa's Ebola crisis, preparing to assign 3,000 U.S. military personnel to the afflicted region to supply medical and logistical support to overwhelmed local health care systems and to boost the number of beds needed to isolate and treat victims of the epidemic. (AP Photo/Charles Dharapak, File) (AP)
--

WASHINGTON (AP) — The Obama administration is ramping up its response to West Africa's Ebola crisis, preparing to assign 3,000 U.S. military personnel to the afflicted region to supply medical and logistical support to overwhelmed local health care systems and to boost the number of beds needed to isolate and treat victims of the epidemic.

President Barack Obama planned to announce the stepped-up effort Tuesday during a visit to the federal Centers for Disease Control and Prevention in Atlanta amid alarm that the outbreak could spread and that the deadly virus could mutate into a more easily transmitted disease.

The new U.S. muscle comes after appeals from the region and from aid organizations for a heightened U.S. role in combatting the outbreak blamed for more than 2,200 deaths.

Administration officials said Monday that the new initiatives aim to:

— Train as many as 500 health care workers a week.

— Erect 17 heath care facilities in the region of 100 beds each.

— Set up a joint command headquartered in Monrovia, Liberia, to coordinate between U.S. and international relief efforts.

— Provide home health care kits to hundreds of thousands of households, including 50,000 that the U.S. Agency for International Development will deliver to Liberia this week.

— Carry out a home- and community-based campaign to train local populations on how to handle exposed patients.

The officials, speaking on the condition of anonymity to discuss the plans ahead of Obama's announcement, said the cost of the effort would come from $500 million in overseas contingency operations, such as the war in Afghanistan, that the Pentagon already has asked Congress to redirect to carry out humanitarian efforts in Iraq and in West Africa.

The officials said it would take about two weeks to get U.S. forces on the ground.

Sen. Chris Coons, D-Del., the chairman of the Senate Foreign Relations African affairs subcommittee, applauded the new U.S. commitment. Coons earlier had called for the Obama administration to step up its role in West Africa.

"This humanitarian intervention should serve as a firewall against a global security crisis that has the potential to reach American soil," he said.

Hardest hit by the outbreak are Liberia, Sierra Leone and Guinea. The virus also has reached Nigeria and Senegal. Ebola is spread through direct contact with the bodily fluids of sick patients, making doctors and nurses especially vulnerable to contracting the virus, which has no vaccine or approved treatment.

The U.S. effort will include medics and corpsmen for treatment and training, engineers to help erect the treatment facilities and specialists in logistics to assist in patient transportation.

Obama's trip to the CDC comes a day after the United States also demanded a stepped-up international response to the outbreak. The U.S. ambassador to the United Nations, Samantha Power, called Monday for an emergency meeting of the U.N. Security Council on Thursday, warning that the potential risk of the virus could "set the countries of West Africa back a generation."

Power said the meeting Thursday would mark a rare occasion when the Security Council, which is responsible for threats to international peace and security, addresses a public health crisis.

U.N. Secretary-General Ban Ki-moon was expected to brief the council along with World Health Organization chief Dr. Margaret Chan and Dr. David Nabarro, the recently named U.N. coordinator to tackle the disease, as well as representatives from the affected countries.

White House press secretary Josh Earnest, responding to criticism that the U.S. needed a more forceful response to the outbreak, said Monday that Obama has identified the outbreak "as a top national security priority," worried that it could contribute to political instability in the region and that, left unchecked, the virus could transform and become more contagious.

He said the administration responded "pretty aggressively" when the outbreak was first reported in March.

"Since that time our assistance has steadily been ramping up," he said.

The Senate was also weighing in Tuesday with a hearing to examine the U.S. response. An American missionary doctor who survived the disease was among those scheduled to testify.

Four Americans have been or are being treated for Ebola in the U.S. after evacuation from Africa.

The U.S. has spent more than $100 million responding to the outbreak and has offered to operate treatment centers for patients.

While at the CDC, Obama also will be briefed about cases of respiratory illness being reported in the Midwest, the White House said. Public health officials are monitoring a high number of reported illnesses associated with human enterovirus 68 in Iowa, Kansas, Ohio and elsewhere.

After leaving Atlanta, Obama planned to travel to Florida to visit the headquarters of U.S. Central Command in Tampa, where he'll meet with military officials about the U.S. counterterrorism campaign against the Islamic State group. Central Command overseas U.S. military efforts in the Middle East.