Meredith Vieira shares her own history of domestic violence 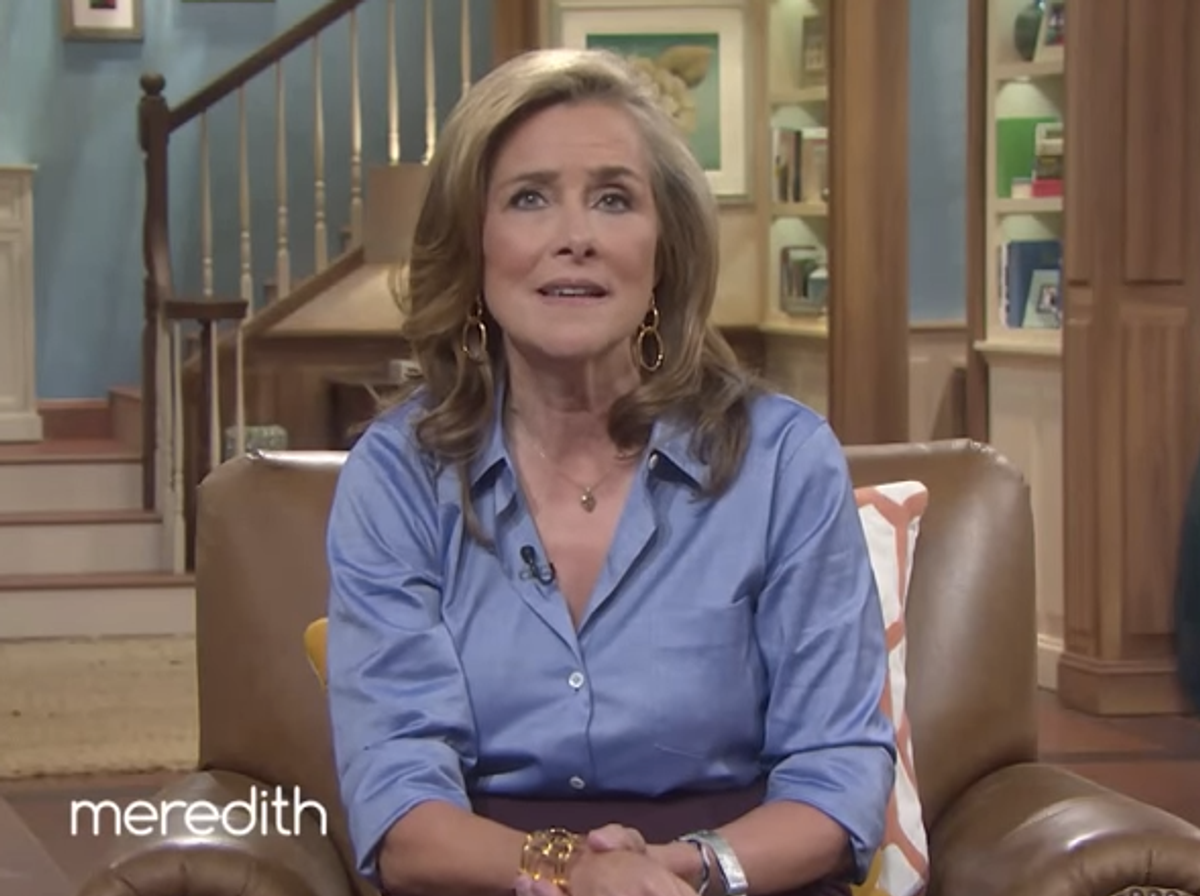 On Wednesday's episode of her eponymous new talk show, Meredith Vieira is set to take on the complex social justice issue currently dominating the news: domestic violence. Following the lead of survivors who have shared the stories on social media over the past several days of why they stayed or left abusive relationships, Vieira shares the details of her own past experience with intimate partner violence, making the conversation personal.

"I was in an abusive relationship many, many years ago, as a young woman," Vieira says. "It started out that we would have a fight and he would grab my arm. I didn't think a lot about it. Then it turned into pushing me against the wall. Then it went beyond that to actually taking his hand and grabbing my face and saying, 'I could ruin your career if I wanted to, and no one would want you.'"

Vieira explains that despite having a job and the means to leave the relationship, she still stayed -- until she was offered a job in another state, and finally felt that she had the strength and ability to leave. She claims she stayed mostly out of fear and guilt, as many women do. But those are not the only reasons people do not leave abusive partners; every story has its own added complexities. "When people talk about domestic violence, it is really, really a complicated issue," Vieira says. "It is not so easy to just get away. You think it would be, but it is not."

The host ends with a warning and advice for anyone who finds herself or himself in an abusive relationship, and reminds everyone that it does not just fall to victims and survivors to stop the cycle of violence. "We all have to accept the fact that it's not just an issue with the NFL," Vieira says. "It's an issue with all of our lives, and until we take it seriously, more and more women are going to get abused."

Watch Vieira talk about her history of domestic violence below: