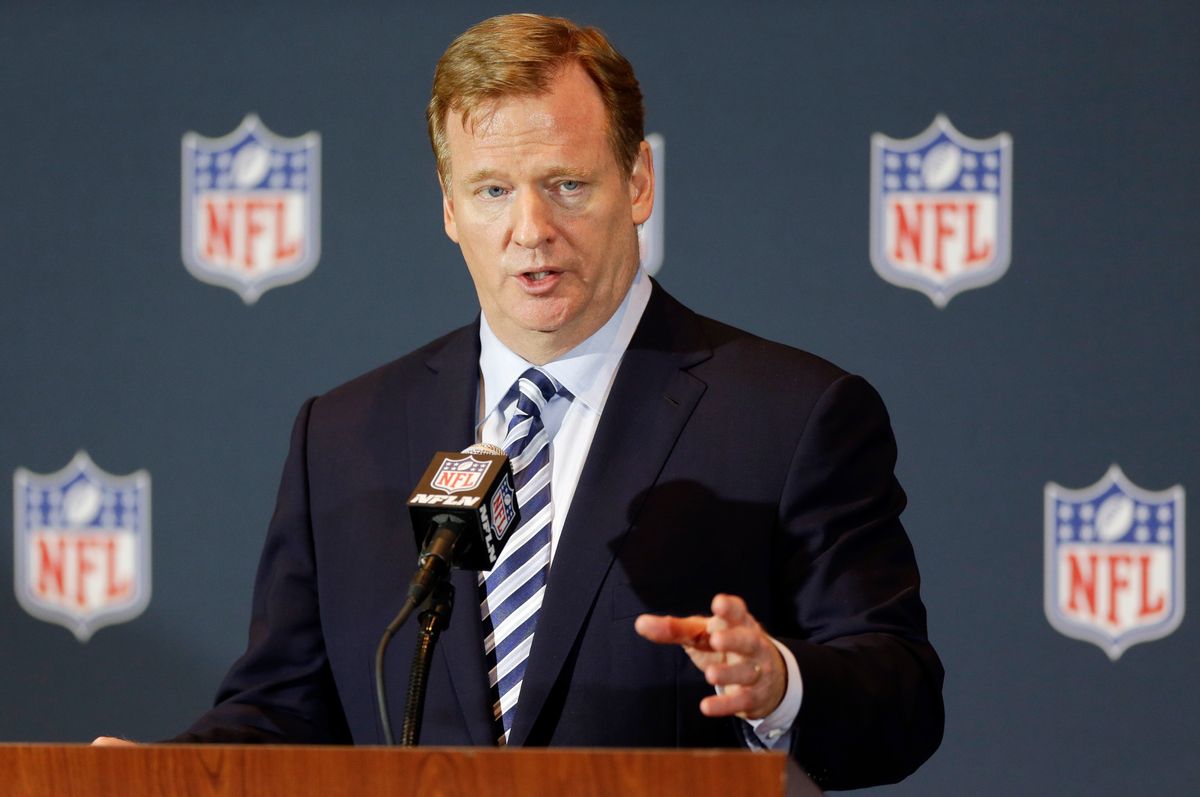 Celebrity attorney Gloria Allred called a press conference on Wednesday to levy new charges against the NFL and commissioner Roger Goodell, claiming that the league ignored repeated domestic violence complaints against wide receiver Brandon Marshall while he was playing for the Denver Broncos.

Marshall, who now plays for the Chicago Bears, was initially suspended for the first three games of the 2008 season for allegedly assaulting his then-girlfriend, Rasheedah Watley. According to Allred and her clients -- Watley's father, Clarence Watley, and her friend, Kristeena Spivey --  the NFL later reduced Marshall's suspension to one game after conducting an incomplete investigation.

Watley claimed the NFL never even got in touch with his daughter before altering Marshall's suspension, and that Goodell failed to respond to a letter he wrote detailing Rasheedah's abuse, as well as the Broncos' knowledge of it:

I told Commissioner Goodell that I had been in contact with the Broncos staff throughout this whole nasty affair in hopes that the Broncos would step in and help our daughter in this situation and give Mr. Marshall some type of counseling, advice, whatever would enable him to either stop being abusive or walk away from the relationship. The Broncos handled this whole situation shabbily and unprofessionally ... I [also] told [Goodell] that I was troubled with the fact that he had completed his investigation and given out his penalty with no contact with the victim or her family whatsoever.

In 2009, Marshall denied ever abusing Watley, but on Wednesday Spivey noted a 2007 incident when the player allegedly stabbed his former girlfriend in the thigh and, by her account, rammed into her car while she was attempting to drive Watley to a hospital. She reported that he then threw a chunk of cement through her passenger side window in an effort to get Watley out.

As Allred noted, though, the point of the new allegations and the press conference is not to bring a case against Marshall. Rather, she and her clients aim to bring to light additional information that implicates the NFL in condoning domestic violence, in the hope of affecting major change.

Allred, Watley and Spivey all called for Goodell's resignation.