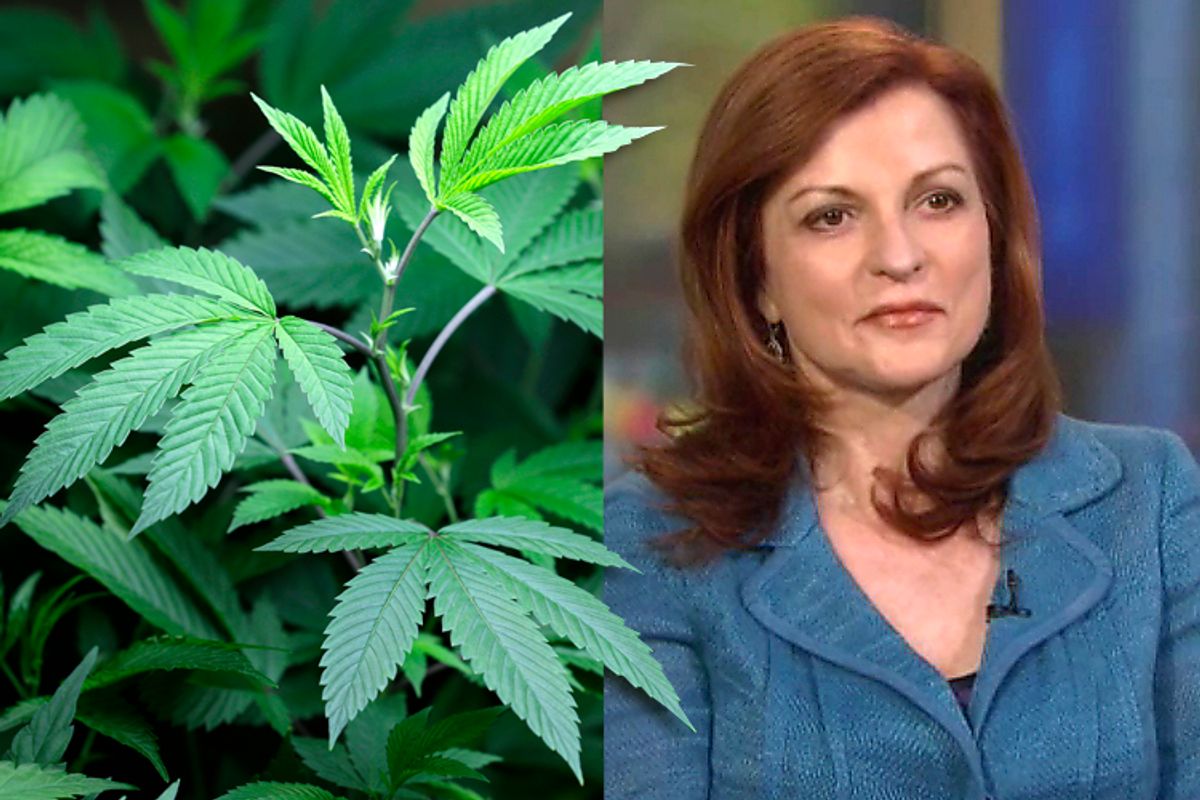 This past June, Maureen Dowd ate a weed-laced candy bar in an effort at gonzo reporting on Colorado's legalization of marijuana, and wrote about her hilariously over-the-top trip: "I strained to remember where I was or even what I was wearing, touching my green corduroy jeans and staring at the exposed-brick wall. As my paranoia deepened, I became convinced that I had died and no one was telling me."

Today, the Marijuana Policy Project launched a major campaign to teach tourists how to handle their edibles, so that they wouldn't end up like Dowd, shivering in the fetal position and stroking their corduroys.

The Washington Post wrote about the "Consume Responsibly" campaign:

The campaign will feature print ads, online ads and literature to be distributed at retail locations urging responsible consumption and directing people to ConsumeResponsibly.org. It will present information about products, laws and the effects of marijuana. The group plans to spend at least $75,000 by the end of the year and hopes to continue raising funds to support the campaign. Publications that target adult marijuana consumers, such as the Hemp Connoisseur in Colorado, will also run the ads.

"Like most Americans, Ms. Dowd has probably seen countless silly anti-marijuana ads on TV, but she has never seen one that highlights the need to 'start low and go slow' when choosing to consume marijuana edibles," [communications director Mason] Tvert said in the statement.

This billboard aimed directly at Dowd is pretty hilarious.