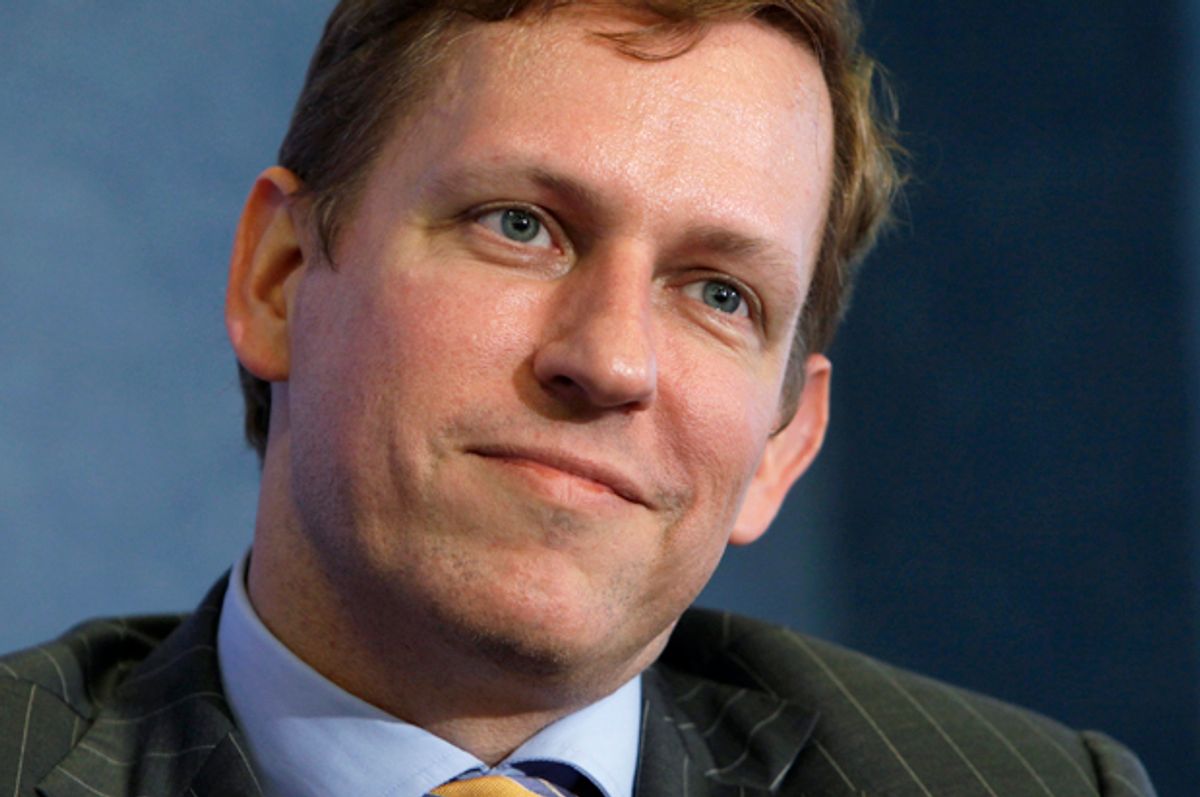 Peter Thiel, PayPal co-founder, tech investor and inflated darling of Silicon Valley, appeared on CNBC's "Squakbox" on Wednesday morning. There he discussed Facebook -- where he was an early investor -- Twitter, Lyft, Uber, Google, Apple and more.

"Twitter is hard to evaluate," Thiel began. "They have a lot of potential. It's a horribly mismanaged company. The people, you know, probably a lot of pot smoking going on there. But it's such a solid franchise that maybe it works even with all of that."

These rather childish remarks -- left unchecked by the hosts including the New York Times' Andrew Ross Sorkin -- would be one thing if they're made in the break room. But Thiel, deservedly or not, has been placed on a Silicon Valley pedestal, hailed by Fortune as a "leading public intellectual" of our times. Not to mention he makes a lot of money from tech companies that he invests in.

He also, as he stated himself, has a bias. Thiel was an early investor in Twitter's social media competitor Facebook. Watch Thiel's comments below:

During the segment Peter Thiel was asked to choose between a series of companies, including Uber vs. Lyft and Google vs. Facebook. Thiel described Uber as "ethically challenged," which would carry more weight if he were not an investor in its competitor Lyft.