"Kids, when you see an urban military strike vehicle, run toward it for the free teddy bears!" 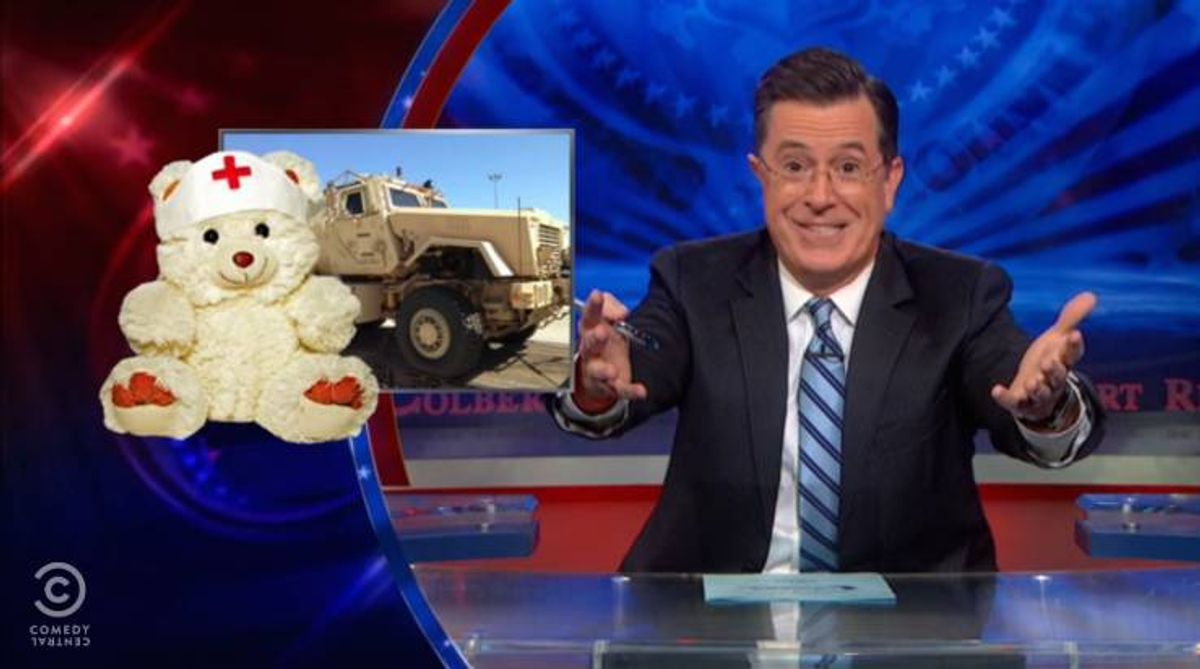 On Wednesday's episode of "The Colbert Report," Stephen Colbert turned his attention to the federal program that grants civilian police departments surplus military equipment. Colbert supports the program because a heavily militarized police is the only way to "keep the peace in the unstable tribal region of suburban St. Louis."

Colbert focused on the MRAP vehicle acquired by the San Diego Unified School District, which the school district's police chief explained isn't nearly as scary as it may look because it will carry medical supplies and teddy bears (seriously).

"What a valuable life lesson! Kids, when you see an urban military strike vehicle, run toward it for the free teddy bears!"

Colbert then makes a plea for school districts to make the MRAPs even less threatening, by attaching a giant hot dog to the top and calling it an Oscar Meyer assault wiener.