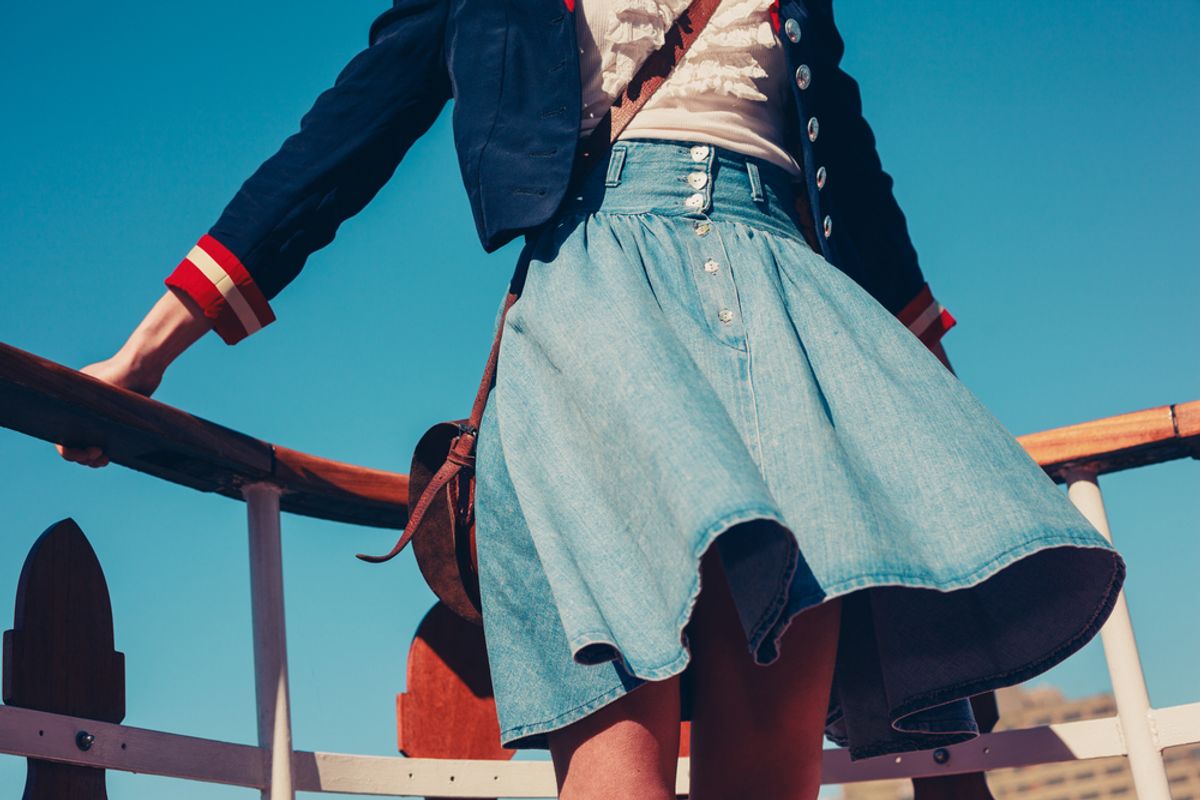 Texas' highest criminal court struck down part of a law banning "upskirt" photos on Wednesday, arguing that photos taken without permission in public are entitled to First Amendment protections. Outlawing "improper photography or visual recording," the Texas Court of Criminal Appeals panel ruled, would be a violation of federal free-speech rights and a "paternalistic" effort to regulate the photographers' thoughts.

According to the Houston Chronicle, the case involved Ronald Thompson, who was charged with 26 counts of improper photography in 2011 after taking underwater pictures of swimsuit-clad children at a San Antonio water park. Thompson challenged the constitutionality of the improper photography ban before his case even went to trial, claiming that "a plain reading of the law would place street photographers, entertainment journalists, arts patrons, pep rally attendees and 'even the harmless eccentric' at risk of incarceration."

Prosecutors argued that the law's intent element -- for example, trying to do something unlawful like taking an illicit photo of someone without their consent -- should place the "expressive activity" outside the bounds of First Amendment protection. But, according to the appeals panel, protecting citizens from being made the subject of "expressive" surreptitious photography unknowingly or without permission is actually the government's way of protecting them from being thought of sexually, which runs the risk of infringing upon other people's First Amendment rights.

"Protecting someone who appears in public from being the object of sexual thoughts seems to be the sort of 'paternalistic interest in regulating the defendant's mind' that the First Amendment was designed to guard against," Keller wrote. "We also keep in mind the Supreme Court's admonition that the forms of speech that are exempt from First Amendment protection are limited, and we should not be quick to recognize new categories of unprotected expression."

A legal scholar told the Chronicle that the court issued a sound ruling, saying that it "cannot be made a crime in the United States" to look at someone in public and think lascivious thoughts about them. But such an analysis fundamentally misunderstands the difference between looking at someone in a public space and photographing them without consent. The thinking of lascivious thoughts is irrelevant, because that's not what laws against taking "upskirt" photos and other illicit creepshots are meant to prevent. They are meant to prevent the violation of people's physical autonomy in public spaces; they are meant to prevent sexual harassment. Apparently, though, it's not harassment when it's just a surreptitious photo -- that's art.