Watch a group of men get bikini waxes, turn bikini waxing into a (sort of) feminist act

Why does it take hot wax on pubic hair for men to understand women's lived experiences? Is this gender equality? 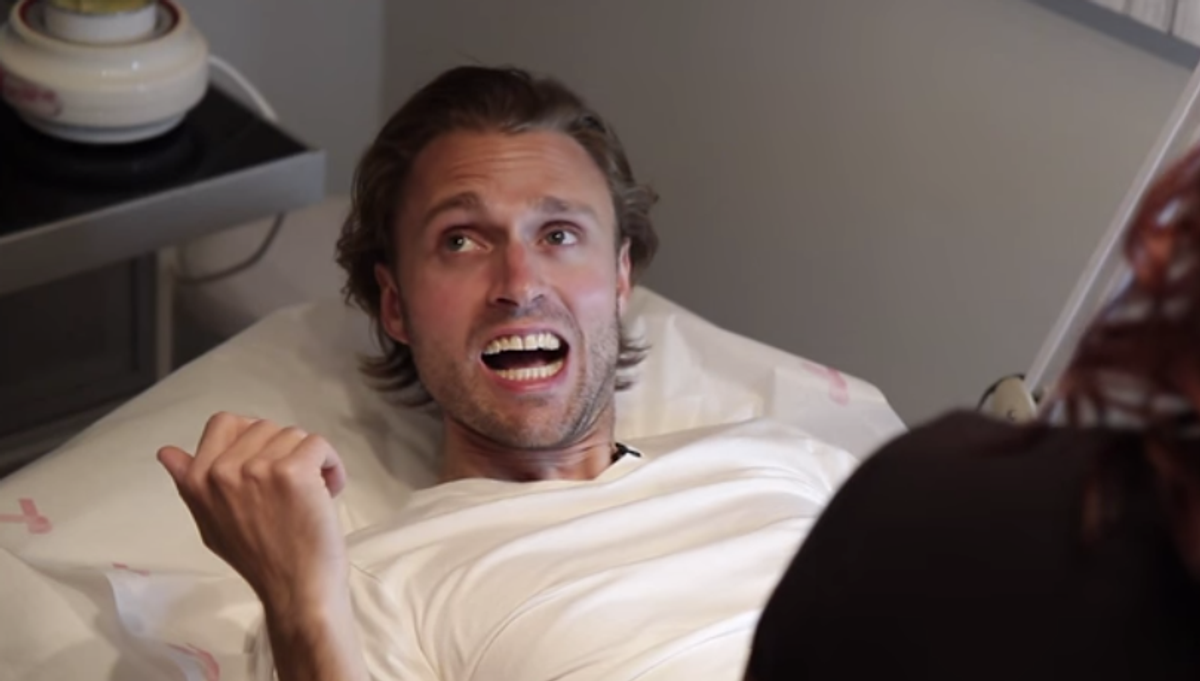 I have a small crisis over my feminist identity whenever I go for a bikini wax. I don't go often, because the emotional torment I experience lying flat on my back, staring up at those stupid dropped ceiling panels while I sweat profusely in physical pain, is about as bad a feeling as having hot wax applied to my pubic hair so a relative stranger can rip the strands from their roots with her gloved hands. It's a feeling that gets my mind racing angrily about society's unfair, arbitrary beauty standards; then it makes me wonder why I'm subjecting the most sensitive part of my body to their whims.

I have my reasons; so do other women. And so too, apparently, do a group of four men sent by BuzzFeed to get bikini waxes for the very first time, in an ostensible effort to educate them more about women's lives (?). Maybe it's just to open their eyes (and pain receptors) to what "beauty is pain" really means, or to get a few laughs. It is pretty funny.

But why does that so often seem to be the case -- that when men have some sort of lightbulb moment about a relatively common experience for women, it becomes laughable? Why do men even need to share in the experience at all? Shouldn't we be able to expect men to understand that pulling hair from its roots with hot wax is painful without them having to do it themselves? (Shouldn't we be able to expect the same thing when it comes to mandating transvaginal ultrasounds, the probes for which are very long, uncomfortable and invasive?) Do we really need men to experience the more trying aspects of being a woman for them to get that being a woman can be really hard? Especially when they don't get that being a woman can be really hard? Is this the process we have to go through to achieve gender equality? Does everyone have to get a bikini wax?

I encourage you to consider those questions while you watch four dudes have their pubic hair groomed (and probably laugh at the clip), below: