Bill Clinton outlines how to cure Ebola on "The Daily Show"

In a surprisingly somber moment, Clinton and Stewart discussed containing the epidemic 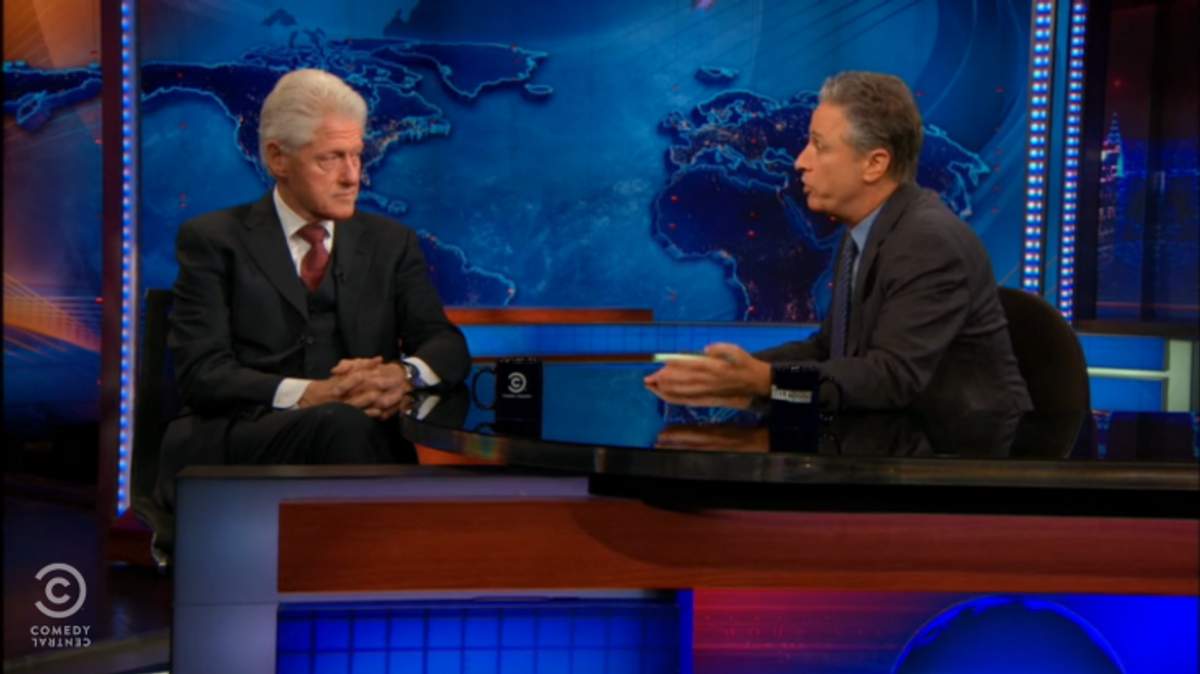 In honor of the 10th year of the Clinton Global Initiative, "The Daily Show" invited President Bill Clinton to the program to discuss some of the most pressing issues the world faces today. Surprisingly, Jon Stewart was content ditching jokes in favor of a serious conversation.

Clinton said: "This is an emergency because nobody knows how to cure this. We know that almost 5,00 people have been infected; we know that more than 2,600 have died. Almost certainly more than that have been infected. The problem is, as compared with previous outbreaks of Ebola that were in remote, rural areas, this has hit in some urban areas, and when it got into Nigeria and the Congo, there are a lot of people there. There are just so many bodies brushing up against one another every day, it increases the risk. You have to isolate and care for. A lot of these people can survive if they get proper care quickly and we can stop the epidemic and let it burn itself out if we can isolate everybody that's infected, but that is going to take a Herculean effort."

Just one personal note: The way Clinton sort of twirls in that office chair really does it for me.

Watch the whole segment below.