This is how ISIS wins: Repeating the Bush/Cheney/Rove approach just won't work

The way to battle ISIS long-term is to understand its appeal and retain our humanity. Take Sun Tzu's word for it! 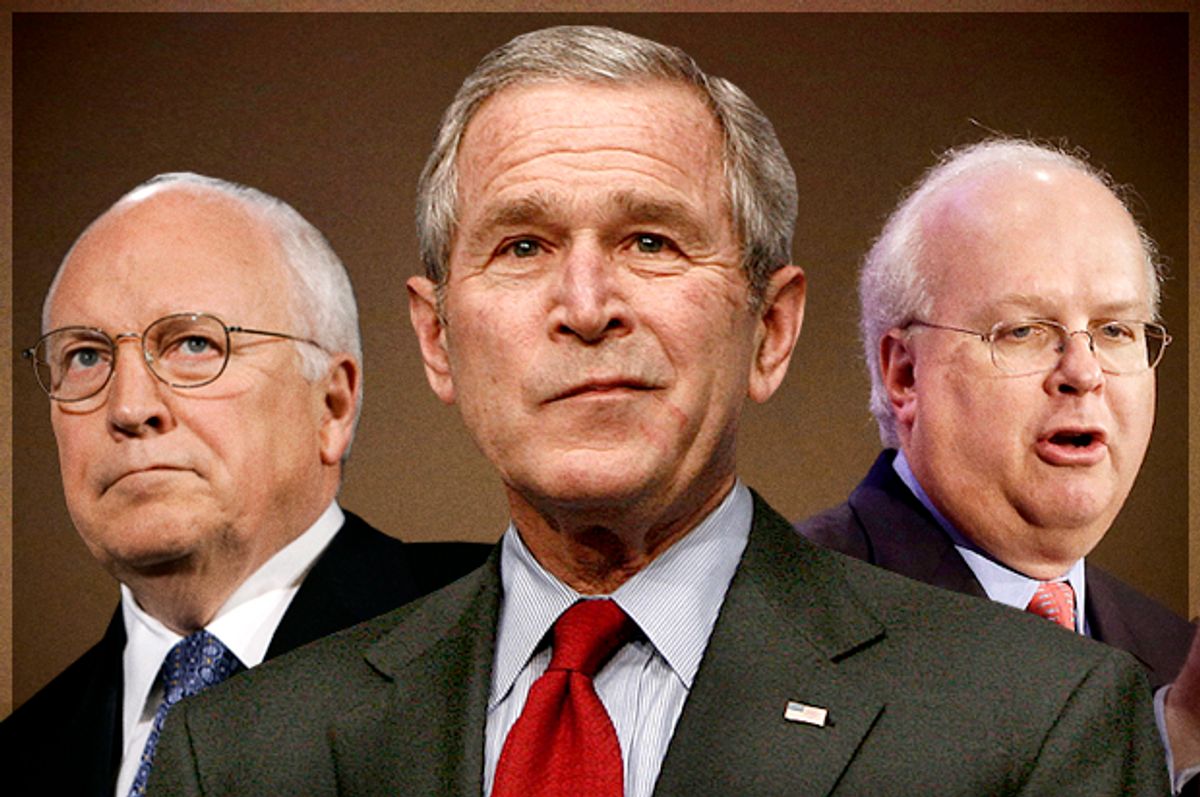 For all his vaunted love of nuance, President Obama's recent speech announcing our new war against ISIS (or ISIL, to the White House) denounced them in terms strikingly similar to George W. Bush’s language waging war on "evil doers," and that’s a development that should trouble us all. Yes, Obama avoided the word ‘war,’ but the rest of his team soon embraced it, and the logic of his address made that move virtually inevitable, whatever he may personally and privately have wished.

"We can’t erase every trace of evil from the world, and small groups of killers have the capacity to do great harm," Obama said — a typical, and laudable, example of his nuance and restraint. But unfortunately, its main purpose was anything but nuanced: to firmly establish the black-and-white evil enemy frame: "ISIL is a terrorist organization, pure and simple,” Obama continued. “And it has no vision other than the slaughter of all who stand in its way."

No one can doubt that ISIS is murderous — just like Syria’s President Bashar al-Assad, last year’s No. 1 candidate for America’s wrath. But it's simply untrue that ISIS has "no other vision" than slaughter. Their vision of an Islamic state — a new Caliphate — may be many things: delusional, presumptuous, contrary to true Islamic values and obviously cruel. But it certainly is a vision of sorts, and it has some appeal, if only to a tiny, disaffected fragment of the world’s Islamic community.

If we don't understand that vision — and what people find attractive in it — then we really have very little chance of effectively fighting against it, even though ISIS now commands only a few thousand fighters. We may win lots of battles, but not the war. Even if we defeat ISIS itself, but don’t understand its appeal, it will only a reappear in another, potentially even more deadly form, just as ISIS now appears more malignant than al-Qaida.  This is particularly true if we ignore the multilayered network of historical grievances which ISIS seeks to exploit.

On the other hand — and this is crucial — if we do take the time to try to understand “pure evil,” we will inevitably discover things about it, which can ultimately help us defeat it.

Neocons have always relentlessly mocked those who questioned their knee-jerk resort to mindless violence.  Predictably, the most toxic form this accusation took was at the hands of Karl Rove, back in 2005, when he said, "Conservatives saw the savagery of 9/11 in the attacks and prepared for war. Liberals saw the savagery on 9/11 attacks and wanted to prepare indictments and offer therapy and understanding for our attackers." As is usual with Rove, there are multiple threads of lies and misdirections contained in this statement. What’s tragic about Obama’s most recent actions is how deeply they reflect Rove’s wildly dishonest worldview, even though he would surely reject it consciously.

Perhaps the easiest lie to point out is that conservatives were preparing for war before 9/11 — not against bin Laden, but against Saddam Hussein, as revealed in the planning agenda of Dick Cheney’s energy task force, which Rachel Maddow highlighted in her documentary, "Why We Did It." As for 9/11 itself, it presented nothing like a classic case for war: we were not attacked by a military, or by anyone with a military. Simply put, there was no state for us to attack, except by threatening Afghanistan for not turning over the criminals who attacked us. The situation now remains unchanged: ISIS is not a state, despite its claims, and adopting the framework of war only plays into its deluded fantasy. It helps strengthen, legitimate and perpetuate the evil we face, not defeat it.

This brings us to the second lie — that there was somehow something soft or weak about treating a horrific crime as a horrific crime. To the contrary: the one thing that bin Laden wanted above all was to be considered a holy warrior — and that required that he be a warrior, which in turn required that he be at war. A holy criminal just wouldn’t cut it.  Thus, by responding to bin Laden’s crime as an act of war, conservatives weren’t being tough, compared to liberals. They were being idiots. Now that Obama, too, has reluctantly embraced the language of war, the idiocy has become near universal in Washington. But it remains idiotic, nonetheless.

But arguably the deepest lie is the one already touched on above — the lie that liberals wanted to give the terrorists therapy, simply because they wanted to understand them.  The two are very different matters — Rove simply conflated them as one. But there’s nothing new or particularly soft about the psychological study of evil in order to defeat it. In rudimentary form, at least, it’s as old as the profession of crime-fighting, developed into an art by novelists of the 19th and 20th centuries, and into a science by the likes of FBI profilers in our own time.  The fact that there are patterns, causes, even sometimes, at bottom, admirable but deeply perverted reasons for evil actions does not excuse, much less valorize those actions — though it does help us enormously in being able to recognize, understand and defeat them.

Most crucially, we Americans need to recognize that this very same Manichean worldview — of  all evil vs. all good — which first Bush, enthusiastically, and now Obama, reluctantly, have embraced, is, at bottom, exactly the same worldview that al-Qaida and ISIS embrace. If you believe in such a black-and-white world, then all the proof you need that you are all good is to identify an enemy you can plausibly portray as all evil.  The fact that some of our own allies (the Saudis, for example) or would-be allies (the Free Syrian Army) also engage in beheadings is quite beside point: ISIS’ evil actually serves to excuse the evil of others in the Manichean style of “logic.”

Such worldviews, though profoundly mistaken, can be inherently self-reinforcing: the more thoroughly evil you portray the other to be, the easier it is to treat them despicably. This, in turn, justifies them in doing the same. Each can then accuse the other one of “starting it first,” of “finally showing their true colors,” or of “having no other vision than slaughter.” Worst of all, it may only take one adversary on one side to get this cycle going. One single deeply horrific act can be enough to shock people into responding irrationally, and embracing the notion that their enemy is all evil. Once that idea has been embraced, it’s all too easy to begin proving the same to the enemy. Which is how we fall under the Pogo diagnosis: "We have met the enemy and they are us."

The way out of such madness is surprisingly simple — simple to state, but extremely difficult to translate into action: we must hold onto our humanity, when those who hate us are doing everything conceivable to get us to abandon it. When ISIS shows the world a video of them beheading an innocent civilian, they are doing their best, not to appear evil, but to draw us into the very same evil that we see in them.  Seeing such evil, it is extremely difficult to resist the urge to utterly destroy it — and yet, the only sure way to destroy such evil over time is not to recreate it in ourselves, by our own similarly sweeping actions which will inevitably involve the deaths of innocents, as they already have in the past, excused by the phrase “collateral damage.”

We ought to know by now: One man’s collateral damage is another man’s holy martyr.  Surely, at this point, we have had more than enough of both.