Why Europe is terrified of deflation 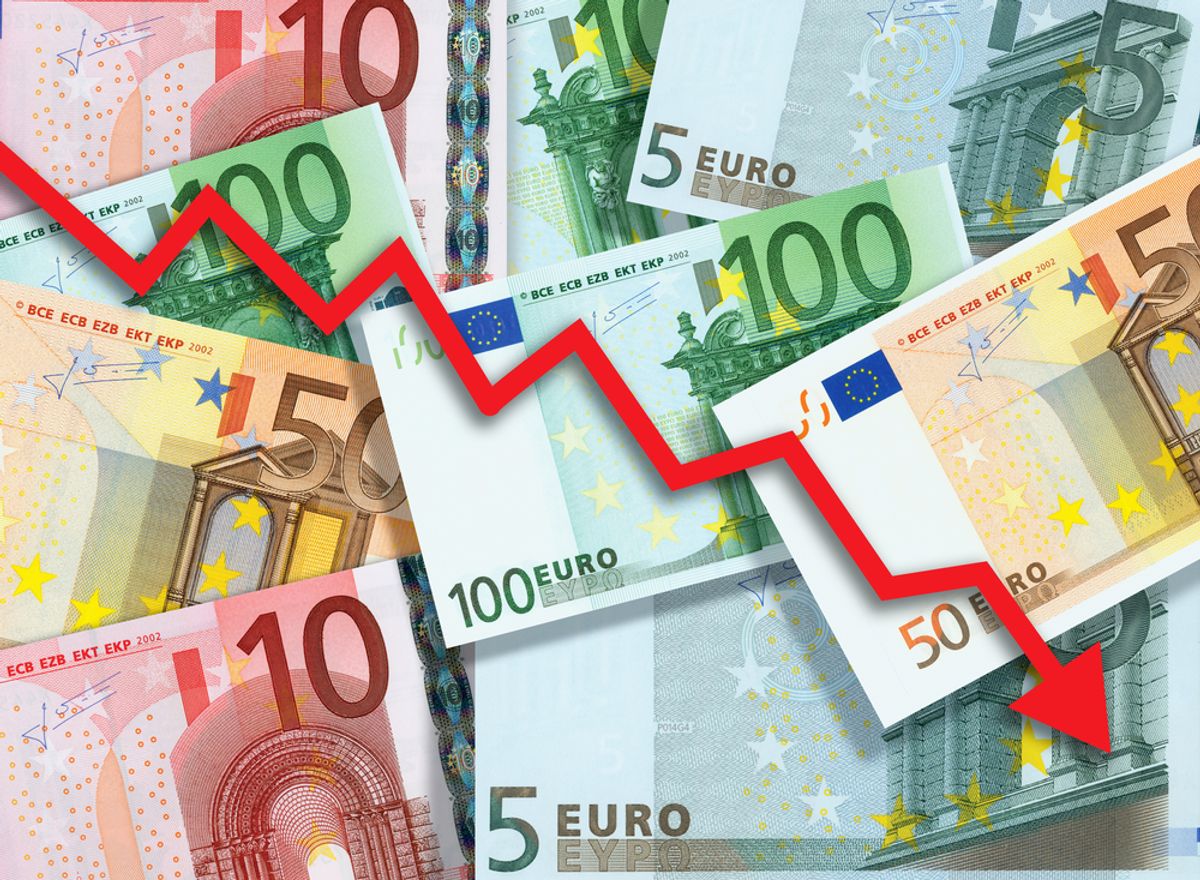 LISBON, Portugal — From Putin's hordes massing over the eastern borders of Ukraine to the army of home-grown Islamic State fanatics threatening a murderous return from the Middle East, Europe has a lot be frightened of right now.

"We are meeting here at the time when Europe is facing a great threat," Polish Finance Minister Mateusz Szczurek warned in a recent speech.

"We are on the verge of deflation," he told a Sept. 4 conference in Brussels. "As Europeans we should never forget that it was depression and deflation ... that brought to power the totalitarian regime that devastated our continent through the world war and unspeakable atrocities 75 years ago."

“Anybody who doubts how bad it could get should look back to the last time the US caught a serious dose of deflation. They called that the Great Depression.”

Yet the cold economic reality means that when prices fall people stop spending, hoping things will get even cheaper. In response, businesses cut production and lay off workers. That means even less demand, and prices drop further.

By then, your economy’s in a vicious downward spiral.

Anybody who doubts how bad it could get should look back to the last time the United States caught a serious dose of deflation, from 1929-33. They called that the Great Depression.

Japan has languished in a deflationary cycle pretty much since the late 1990s, its once-booming economy reduced to "lost decades" of stagnation. The country now lays claim to the world's highest debt — over 1 quadrillion yen ($9 trillion) — more than twice the size of its total economic output.

Europe is now teetering on the edge.

Seventy-four percent of global investors expressed fears the euro zone was slipping into deflation, according to a recent Bloomberg poll.

In August, Italy registered negative inflation for the first time in over 50 years. It joined fellow euro zone strugglers Spain, Portugal, Greece, Cyprus and Slovakia in the deflation club. France's inflation stands at 0.4 percen and Germany's at 0.8 percent, all well below the European Central Bank's 2 percent inflation target.

If the trend continues, some economists are predicting a lurch into a long-term stagnation, making the near-catastrophic euro zone debt crisis just the start. Growth has ground to a halt in France. Italy is mired in recession. Even Germany saw its economy contract in the second quarter.

"The European economy is in an exceptional situation," French Prime Minister Manuel Valls told the National Assembly in Paris on Tuesday. "It's marked by weak growth and a disturbing threat from deflation that's calling into question all our most reasonable forecasts."

It's not just the economics that are starting to resemble those dark times, he warned, looking to the rise of a new nationalism that threatens to undermine the post-WWII order — when Europe's former enemies came together in what became the European Union.

"The European project — peace guaranteed by democracy and prosperity — is in deep trouble," Krugman wrote in a New York Times column. "The Continent still has peace, but it’s falling short on prosperity and, in a subtler way, democracy. And, if Europe stumbles, it will be a very bad thing not just for Europe itself but for the world as a whole."

Parties seeking to break up the EU, or at least radically roll back its powers, have emerged as major electoral players in Britain, France, Italy, Greece, the Netherlands, Denmark and other countries in recent years. Many share strong anti-immigration views. Some stand accused of racism or xenophobia.

In Sweden's general elections on Sunday, the far-right Sweden Democrats doubled their vote to 13 percent, and now hold a balance of power in parliament.

The Alternative for Germany party has made an electoral breakthrough in recent weeks, capturing seats in three state legislatures on a ticket of scrapping the euro currency and bolstering law and order.

"The European project is under threat from all sides," said Valls ahead of a parliamentary confidence vote that his government survived with a much reduced majority. Earlier this month, he warned that far-right political parties stood at the "gates of power."

With the risk of a prolonged, deflation-fueled downturn threatening to further radicalize voters, there are mounting voices for Europe to act.

Krugman and other critics of the austerity policies imposed since the euro zone debt crisis blew up in 2009 welcomed this month's decision by the European Central Bank to cut interest rates and intervene in corporate bond markets to stimulate the economy.

However, they say the ECB has to go further by pumping new money into the economy through so-called quantitative easing, which has been deployed as a weapon against deflation by the US Federal Reserve, the Bank of England and, since last year, the Japanese central bank.

Valls and other left-of-center leaders are also pushing for the EU to relax rules limiting tax cuts and government spending, to give them more wiggle room to push through reforms that inject much-needed competitiveness into their economies.

France last week announced it would renege on a pledge to meet euro zone budget deficit targets by next year.

Such moves worry Germany, where fear of inflation is branded into the country's economic psyche.

Germany's influential central bank opposed even the ECB's limited stimulus moves, and the government in Berlin is wary of easing Europe's austerity targets.

Many there view the slowdown in inflation as temporary and beneficial. They dismiss fears of a deflationary vortex, blaming the current downturn on temporary factors such as uncertainty over Ukraine.

"Price pressure will gradually recover over the next few years," says Robert Wood, senior economist with Germany's oldest bank, Barenberg. "The euro-zone may have some negative inflation for a couple of months ... but we don't see a risk of broad-based deflationary pressure."

Others are less sanguine.

US Treasury officials told Reuters last week that Washington will be pushing Germany and other European nations to take aggressive action to boost growth and head off the risk of deflation in the run-up to a November summit of G20 nations in Australia.

Fears of contagion from a renewed European recession are likely to ensure other world leaders add to that pressure.