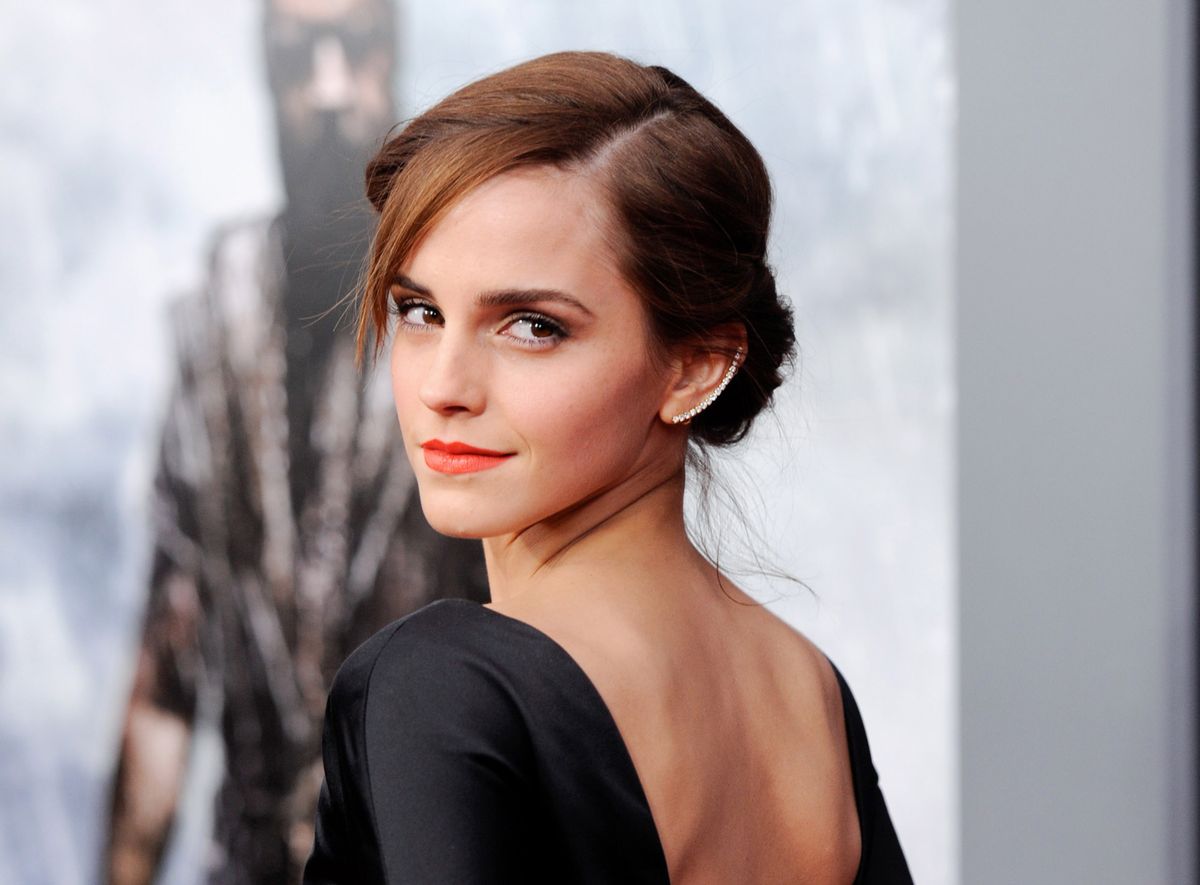 Updated, 9/25/14 11:30 ET: Earlier in the week, it was revealed that the threat was indeed "a hoax." Salon has more on the horrible Internet prank, which still makes light of women's online violations, here.

Over the weekend, actress and U.N. Goodwill Ambassador Emma Watson gave a powerful and heartening speech proclaiming both her feminism and the need for feminism around the world. The speech, which has since gone viral, countered prevailing notions of the feminist movement as one for women only, or one that hates men. Instead, Watson argued, feminism is about breaking down gender stereotypes that entrap everyone, and about achieving equality and respect for people regardless of gender:

I’ve seen young men suffering from mental illness unable to ask for help for fear it would make them look less “macho”—in fact in the UK suicide is the biggest killer of men between 20-49; eclipsing road accidents, cancer and coronary heart disease. I’ve seen men made fragile and insecure by a distorted sense of what constitutes male success. Men don’t have the benefits of equality either.

We don’t often talk about men being imprisoned by gender stereotypes but I can see that that they are and that when they are free, things will change for women as a natural consequence.

So how did the Internet respond to this moving and important speech? Well, by threatening to reveal stolen, private, presumably nude photos of Watson on 4chan, the notorious online message board that recently became ground zero of the massive celebrity nude photo leak earlier this month. According to Business Insider, a 4chan user has set up a website, "Emma You Are Next," which features a prominent countdown timer, the 4chan logo and a message that reads "Never forget, the biggest to come thus far," all of which hints at the release of Watson's private photos.

It's possible (and even likely) that the countdown is simply a hoax, and we can only hope that's the case. The two major rounds of celebrity photo leaks this month -- targeting Jennifer Lawrence, Rihanna, Kate Upton, Gabrielle Union and a number of other female stars -- have already illustrated the forms that violence against women takes online, and have underscored the need for advocacy such as Watson's. Because when the Internet responds to a woman's declaration of feminism by threatening to commit a crime against her -- to violate and victimize her -- it only strengthens the message she's sending.