Asked if the senator -- who many hope takes on his wife -- is future of the party, the ex-president was laudatory 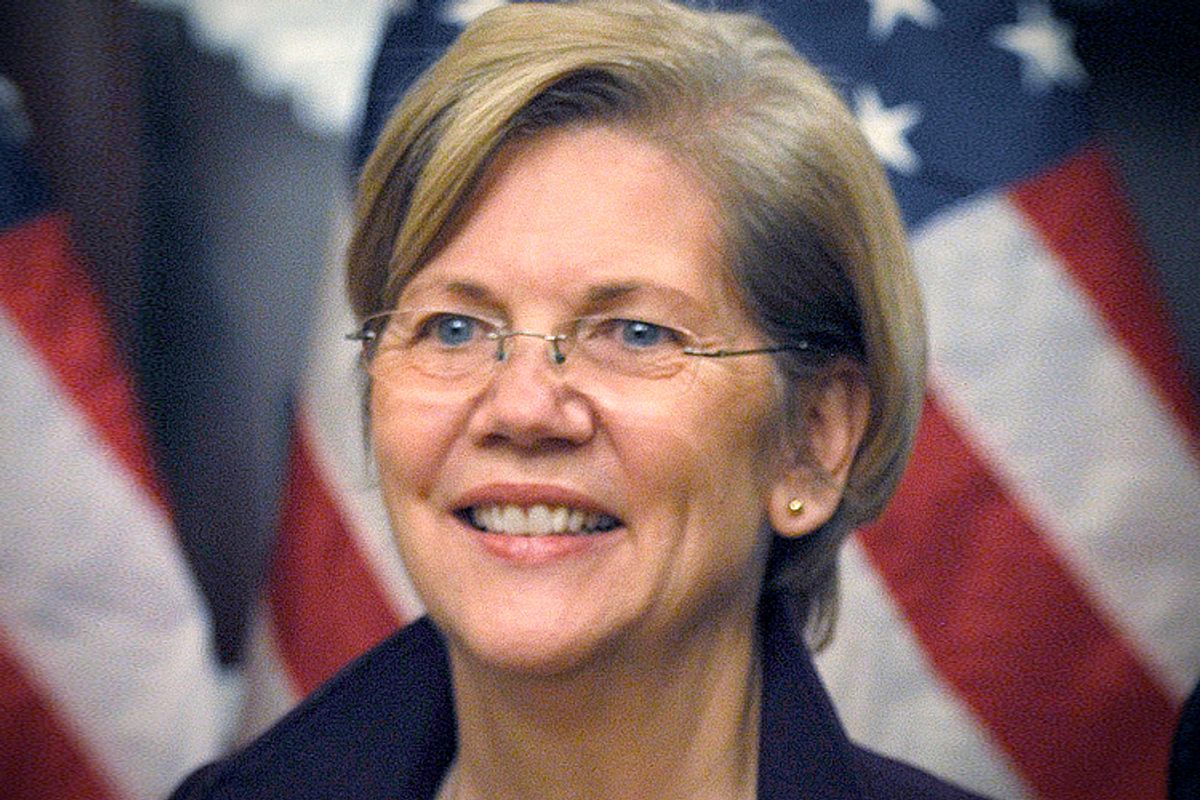 As some in the party continue to hope that Massachusetts Sen. Elizabeth Warren will mount a progressive challenge to likely Democratic presidential candidate Hillary Clinton in 2016, former President Bill Clinton thinks Warren’s message against economic inequality is the kind that will find “a receptive ear” among American voters.

Warren — whose broadsides against swashbuckling bankers and the politicians who serve them have made her a hero among many progressives — has repeatedly insisted that she’s “not running” for president, but that hasn’t stopped groups like the nascent Ready for Warren or activists at the Netroots Nation conference from urging Warren to enter the 2016 contest. On Sunday’s edition of his CNN program, Fareed Zakaria asked Clinton whether he thought Warren’s progressive populism represented “the future of the Democratic Party.”

“I think she’s an important part of it,” the former president told Zakaria. “And I think the American people are — the Democrats, at least — are worried about people having an equal shot at prosperity.” Calling for “broad-based prosperity,” Clinton said, “Anybody who’s arguing for that is going to find a receptive ear in the American electorate, not just among Democrats.”

While Clinton had warm words for Warren’s worldview, the senator has been vocal in her opposition to his administration’s deregulation of the financial industry. Last year, Warren teamed up with John McCain to reinstate the Glass-Steagall Act separating commercial and investment banking — a law dismantled by Clinton and the GOP-controlled Congress in 1999.