Global warming's inequality problem: Why the world's poorest nations are likely to get shafted

The U.N.'s climate fund is nearly empty, and the U.S. isn't planning to pitch in 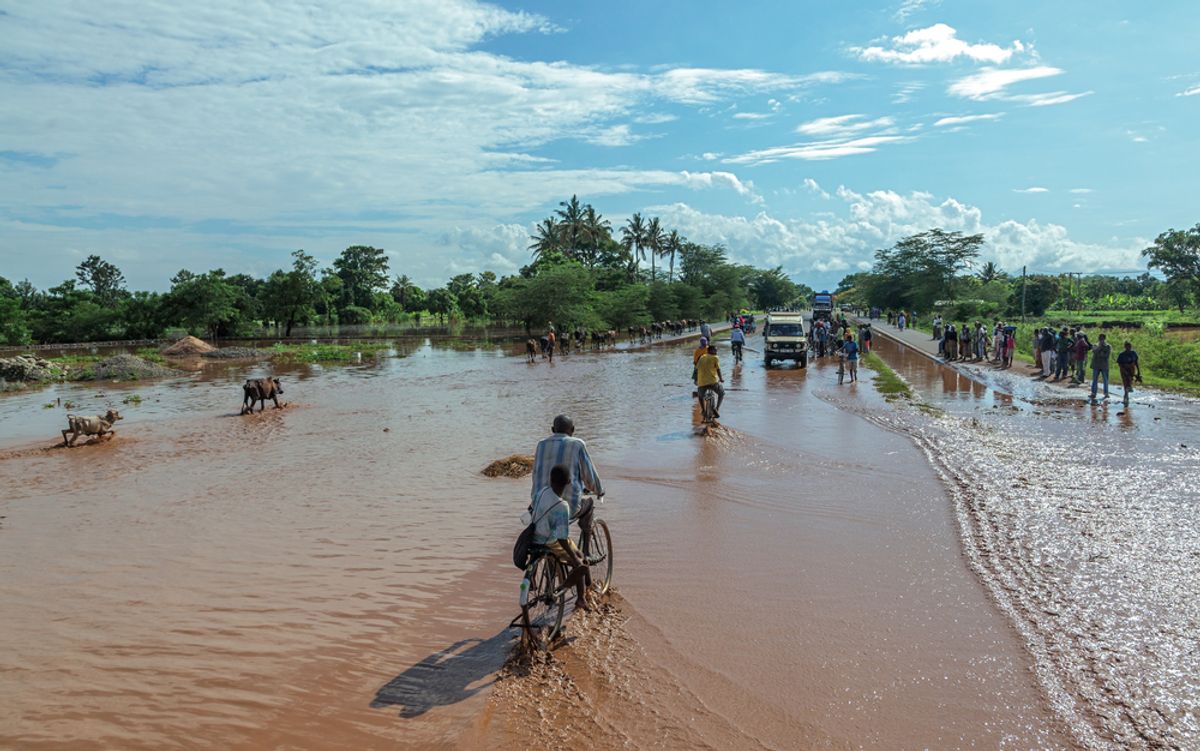 As the leaders of 126 nations gather Tuesday in New York for the U.N. Climate Summit, we can expect a revival of the long-running argument over who's going to pay, and how much. Also up for debate: How are developed nations going to help the countries that are going to have the most trouble affording a reduction in emissions -- not to mention the high cost of preparing for effects of climate change that are at this point already inevitable.

The responsibility for emissions has shifted, a major report out from the Global Carbon Project shows. The U.S. and Europe, responsible for 49 percent of all emissions since the 1870s, have been leading the assault on the climate -- that's why poorer nations argue they should be most responsible for cutting back. But that dynamic is shifting: Developing nations, including China, are now responsible for more than half of the world's annual emissions; like it or not, wealthy nations argue, they're going to have to cut back, too. Much of the resulting arguments, Vox explains, will focus on the place of rapidly developing countries, particularly China, in all this: Looking to the past, they're mostly victims; looking forward, they'll bear increasing responsibility for the climate crisis. Further complicating the issue is the fact that some countries are more immediately in danger than others. Island nations, whose their very existence is threatened by climate change, are going to be pushing for bold, legally binding agreements.

But it's the poorest nations that have the most to lose in all this. Another report, from the Overseas Development Institute, a think tank based in London, highlights how for the world's least wealthy countries, fighting climate change and preparing for its impacts threatens their ability to fight poverty itself. It focuses on three African nations -- Ethiopia, Uganda and Tanzania -- that are heavily dependent on agriculture, and which are already experiencing increases in temperature and decreases in water availability. The money put aside for climate change, the report finds, is way more than they can afford: Ethiopia's climate strategy, in the most stark example, calls for $7.5 billion annually, mostly for adaptation, but can only afford about $440 million per year. Tanzania can only spend $383 million of the $650 million needed for a mixture of mitigation and adaptation measures, focused mostly on preserving and restoring forests, while Uganda has $25 million of the estimated $258 million annual cost of a national early warning system to focus on food production, along with disaster preparation and investments in green energy projects.

Not only should the world's biggest polluters make the biggest cuts in their emissions, ODI argues, they should also be helping the countries that are less responsible for climate change -- and less able to afford the necessary adaptations -- deal with its consequences. The report calls out rich countries for already spending millions to protect from local climate impacts, such as flood defense systems, that poorer countries can't afford without making heavy sacrifices. The same argument got little traction at last year's climate talks in Warsaw, when the representatives of 132 nations walked out of talks concerning compensation for extreme climate events after rich nations refused to discuss the issue for the time being.

“In the whole of sub-Saharan Africa, international support to assist countries adapt to climate change has averaged only $130 million annually, far less than the $1.1 billion that the UK alone spent on the floods three years ago," Neil Bird, one of the report's authors, said in a statement. Archbishop Desmond Tutu's term for this phenomenon, he added, is "adaptation apartheid."

Of the money that is being spent, the report also found, most is being funded by the countries' governments, and threatens to take away from funds dedicated to health and education. This is especially true in Ethiopia, where from 2008 to 2011, the international community only contributed $88 million a year to its climate plan, and in Uganda, which only got $2 million in climate funding from abroad.

The U.N. is calling for contributions of $10 billion to $15 billion from the 125 world leaders attending Tuesday's talks to be pooled into the Green Climate Fund, intended to help poor nations transition away from fossil fuels while preparing for the effects of climate change at a rate of $100 billion per year by 2020. So far, only Germany has made a strong commitment: In July, Prime Minister Angela Merkel pledged $1 billion over four years. The U.S. has contributed nothing, and according to the Guardian, President Obama won't be pledging anything Tuesday. That's a shame, especially considering what's needed: Even if wealthy nations step up, the ODI report warns, the full $100 billion per year commitment will only represent a fraction of what's needed to fund adaptation.

"We have to start this paradigm shift now," said Hela Cheikhrouhou, the fund's executive director, of the hope that more nations will step up. "The more we delay action, the harder and more expensive it will be in the future."