Nathan Deal's state has the country's highest unemployment rate. You've got to hear his reason why 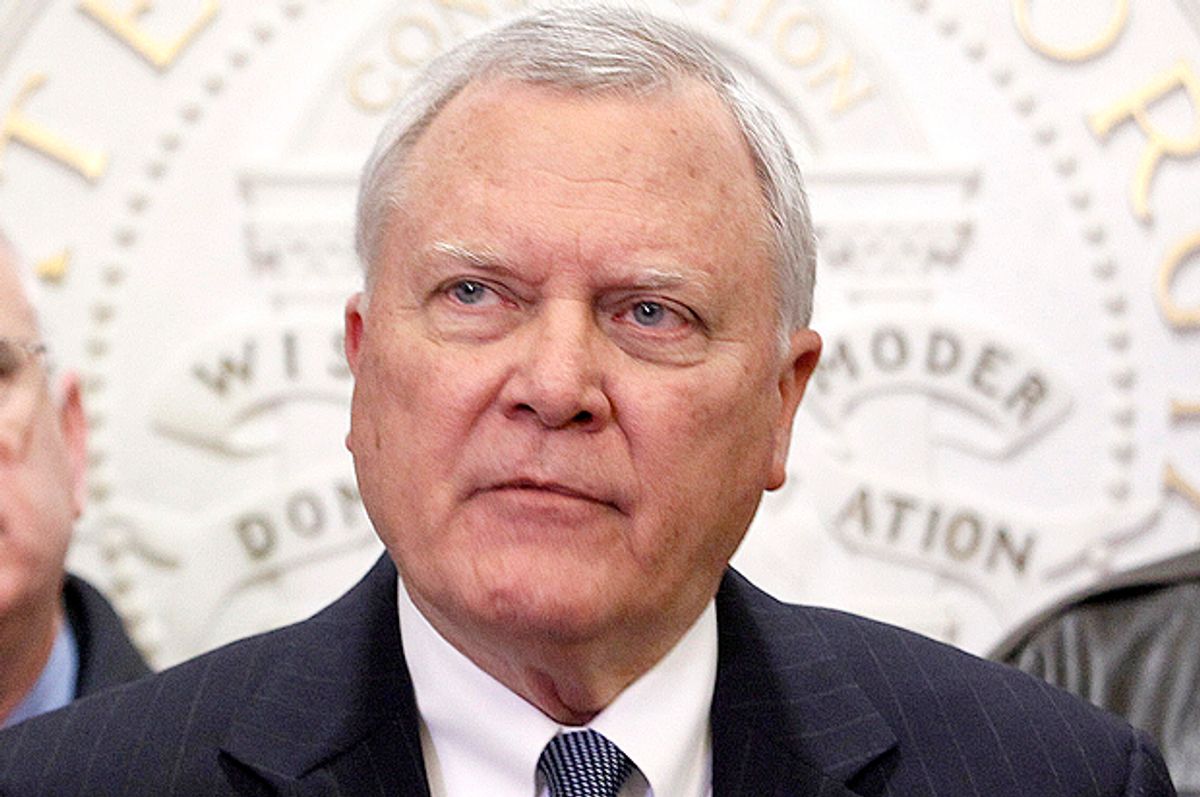 A high unemployment rate isn't necessarily all it's cracked up to be, of course, and it doesn't reflect the clearest picture of an economy. Georgia may have an 8.1 percent unemployment rate, as calculated by the Labor Department, but a separate survey showed that "Georgia's rate rose even as its employers added the fourth-most jobs in the nation last month, gaining 15,800." As the AP explains, "The hiring and unemployment data can conflict because they come from two separate surveys. One is of households and the other survey covers businesses." The difference could also be explained by fluctuating in the size of the labor force. Point is: there are legitimate ways for Deal to explain away the top-line figure, to an extent, should he so choose.

But Deal instead has chosen to react to the number in the most hilarious and conspiratorial way possible, with one of the choicest quotes of the cycle: States with Republican governors have high unemployment rates while states with Democratic governors have lower ones? The Obama administration must be cooking the books!

At a public event Thursday, Deal described an inexplicable “influence” on the unemployment rate in Republican-led states.

“It’s ironic that in a year in which Republican governors are leading some of the states that are making the most progress, that they almost, without exception, are classified as having a bump in their unemployment rates,” he said in a clip circulated by the Democratic Governors Association. “Whereas states that are under Democrat governors’ control, they are all showing that their unemployment rate has dropped. And I don’t know how you account for that. Maybe there is some influence here that we don’t know about.”

Asked to clarify the governor’s remarks, a Deal spokeswoman pointed out that the federal Bureau of Labor Statistics had in previous years reported high unemployment rates in July and August only to revise them downward the following year.

“Given the increase in jobs we’ve seen this month, the BLS’ pattern of downward revision and the drop in unemployment claims, the number doesn’t make sense,” said the spokeswoman, Jennifer Talaber. “States with Republican governors across the country are also seeing spikes in their unemployment rates.”

You better goddamn well believe the Democratic Governors Association is circulating this! Here we have an embattled Republican governor, near the end of September, saying, "Whereas states that are under Democrat governors’ control, they are all showing that their unemployment rate has dropped." And then to compound it, we have the gov's spokesperson saying, "States with Republican governors across the country are also seeing spikes in their unemployment rates." Mmm MMM, this is the good stuff, right here. And all for free!

In the late stages of the 2012 election, following a monthly jobs report that was favorable to President Obama's reelection prospects, famous former General Electric CEO Jack Welch tweeted this missive:

Welch was roundly mocked for making this assertion based on nothing. (There were calls for Fortune to fire Welch from his columnist gig there, but Welch ended up quitting before they could, citing his ability to get more "traction" elsewhere.) An inspector general's report eventually confirmed that no, Obama's Chicago mob thugs didn't catch the "real numbers" walking alone down an alley one night and beat them into submission with lead pipes and brass knuckles.

Later on in October 2012, the Labor Department suggested that release of the final jobs report before the election might have to be delayed if Hurricane Sandy shut down the federal government for an extended period of time. BLS was able to get the report out on time -- only after another modest right-wing frenzy about how the Obama administration was drawing on ancient mystical powers to conjure Hurricane Sandy for this very purpose.

Governors' races are one of the few bright spots for the Democratic Party this year, with a number of incumbent Republicans, like Deal, looking vulnerable. And part of the reason why they're vulnerable is because their jobs records ain't great. Deal may have been the first of these governors to fall into the conspiratorial unemployment truther trap, but it wouldn't be surprising if more followed suit.