The star will have spent 12 years at the sketch institution 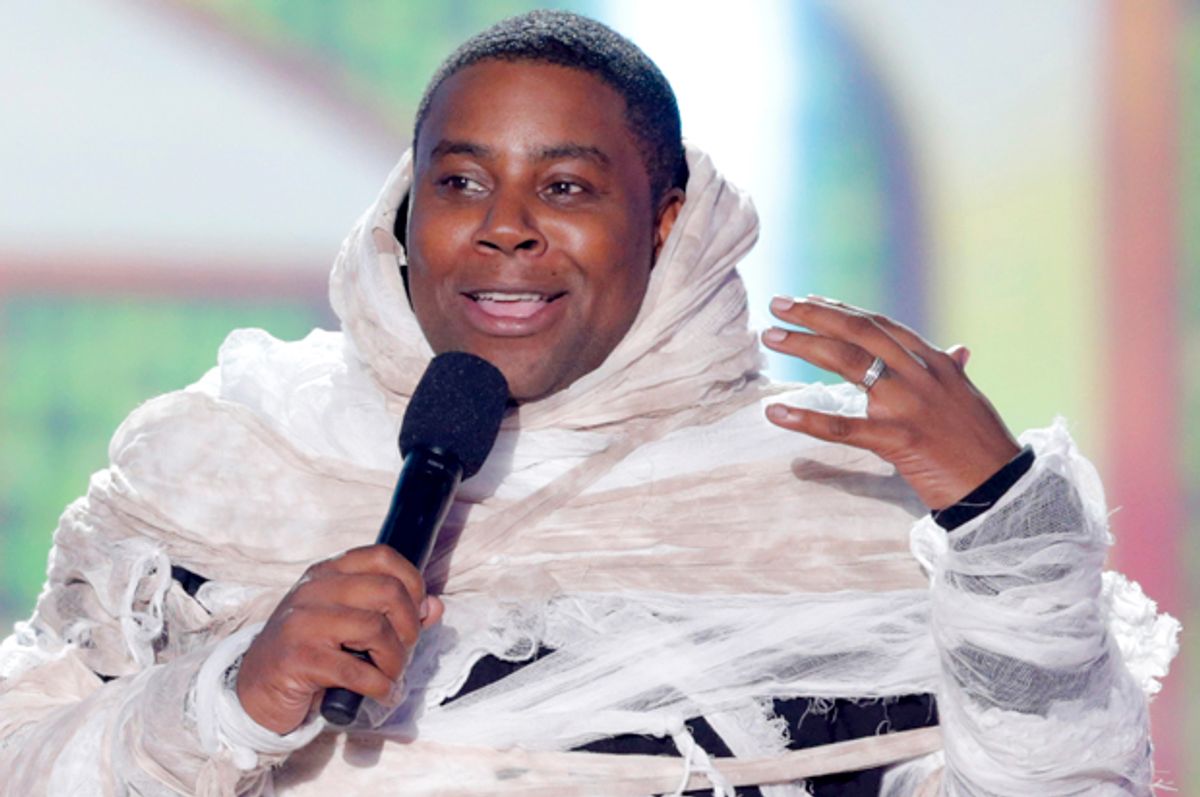 Kenan Thompson is to leave "Saturday Night Live" at the conclusion of the upcoming season, TMZ reports.

Thompson, known for impersonations, including Al Sharpton and Steve Harvey, as well as sketches like "What Up With That?," will have served 12 years on the show, and will leave as its longest-tenured black star. He recently found himself at the center of controversy when he said in an interview that there were no black females on the sketch show because too few black women were "ready" for the show. (Sasheer Zamata was subsequently hired to be the first black woman on the show since Maya Rudolph's departure.) In the same interview, he said he refused to dress in drag going forward, though he'd played characters including Whoopi Goldberg in the past.

A utility player of very long standing, Thompson has a career that's the picture of resilience -- he began his life on-screen on Nickelodeon's "All That," and rebounded from the embarrassment of the live-action "Fat Albert" movie to become one of the series' MVPs. During Thompson's time at "Saturday Night Live," the cast's diversity (and, summarily, its ability to cover the news) has ebbed and flowed; this season is a relative high-water mark, beginning with Thompson, Zamata, Jay Pharoah and new "Weekend Update" co-anchor Michael Che.

But Thompson's impact on the cast -- obviously -- was far more than demographic. Rather than riffing off the news, his preferred metier seemed to be utter absurdism, as in his bizarre talk show "What Up With That" or the half-dance-music-parody, half-dispatch-from-Mars "Deep House Dish."