She responded with a piece about "Angry White Men" 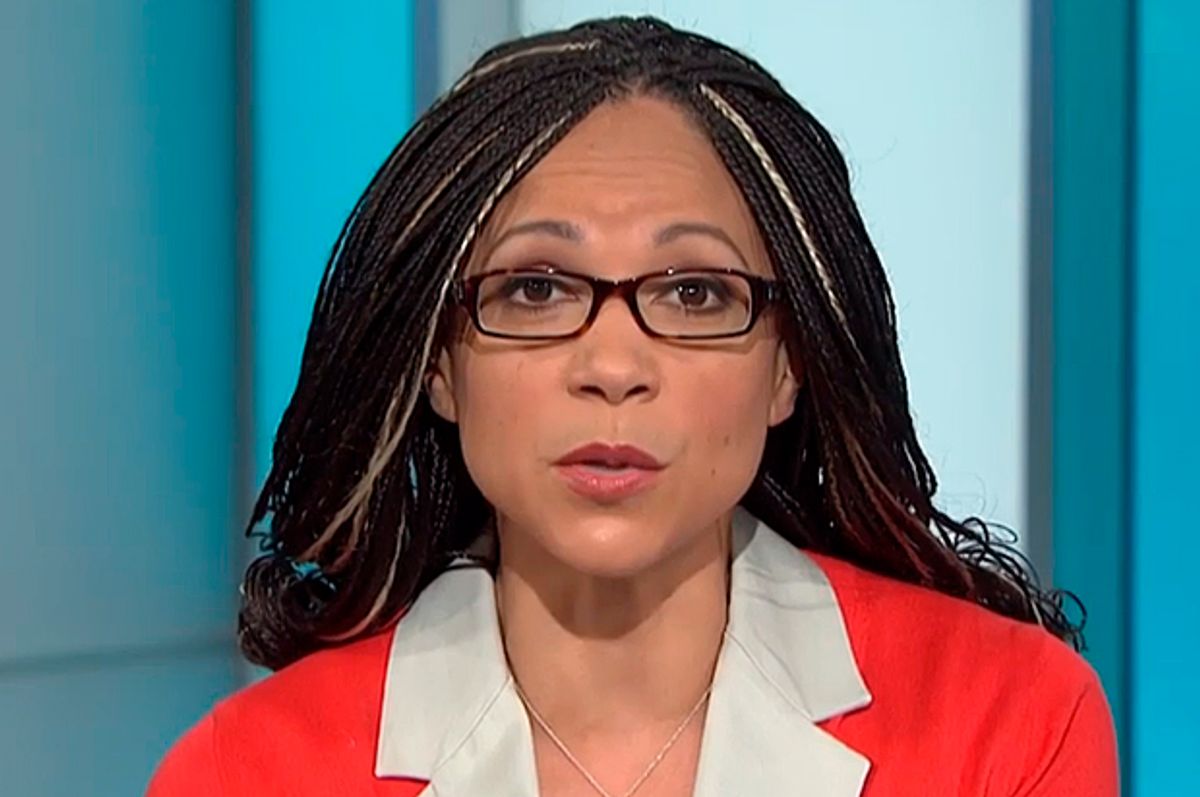 Virtually every media outlet has responded to the egregious article about Shonda Rhimes by New York Times television critic Alessandra Stanley, so MSNBC's Melissa Harris-Perry did one better: She recited a spot-on, word-for-word parody of the article on her show.

If you haven't read the original article, the lede really sets the offensive tone of the piece: "When Shonda Rhimes writes her autobiography, it should be called 'How to Get Away With Being an Angry Black Woman.'"

It somehow gets worse from there, framing Rhimes' work through the lens of a reductive and racist caricature. To illustrate how truly bonkers this piece is, Perry's staff parodied it, line-for-line, by replacing "Angry Black Woman" with "Angry White Man." Can you imagine anyone (let alone the Times) writing serious criticism about an influential white man this way?

Read an excerpt below:

Wrought in Their Creator’s Image

When Aaron Sorkin writes his autobiography, it should be called “How to Get Away With Being an Angry White Man.” This week, HBO announced that Mr. Sorkin’s “The Newsroom” will return for its third and final season on November 9.

It is yet another series from Sorkin that showcases a powerful, intimidating white man. This one is Will McAvoy, a blustering, monologue-prone, workplace bully played by Jeff Daniels, who won an Emmy for the role in 2013. And that clinches it: Mr. Sorkin, who wrought Dan Rydell on “Sports Night” and Toby Ziegler on “The West Wing” has done more to reset the image of white men on television than anyone since… Dr Phil.

Mr. Sorkin has embraced the trite-but-persistent caricature of the Angry White Man, recast it in his own image and made it enviable. His are not like the bossy, mouthy, salt-of-the-earth working-class men who have been scolding and fuming on-screen ever since Carroll O’Connor played Archie Bunker on “All in the Family.” They certainly are not as benign and reassuring as Chris Traeger, the athletic and energetic bureaucrat on “Parks and Recreation.” Just think of how Traeger was literally laying the foundation for the vice-presidential campaign of Paul Ryan!