How is Miss America "still a thing"? wonders John Oliver 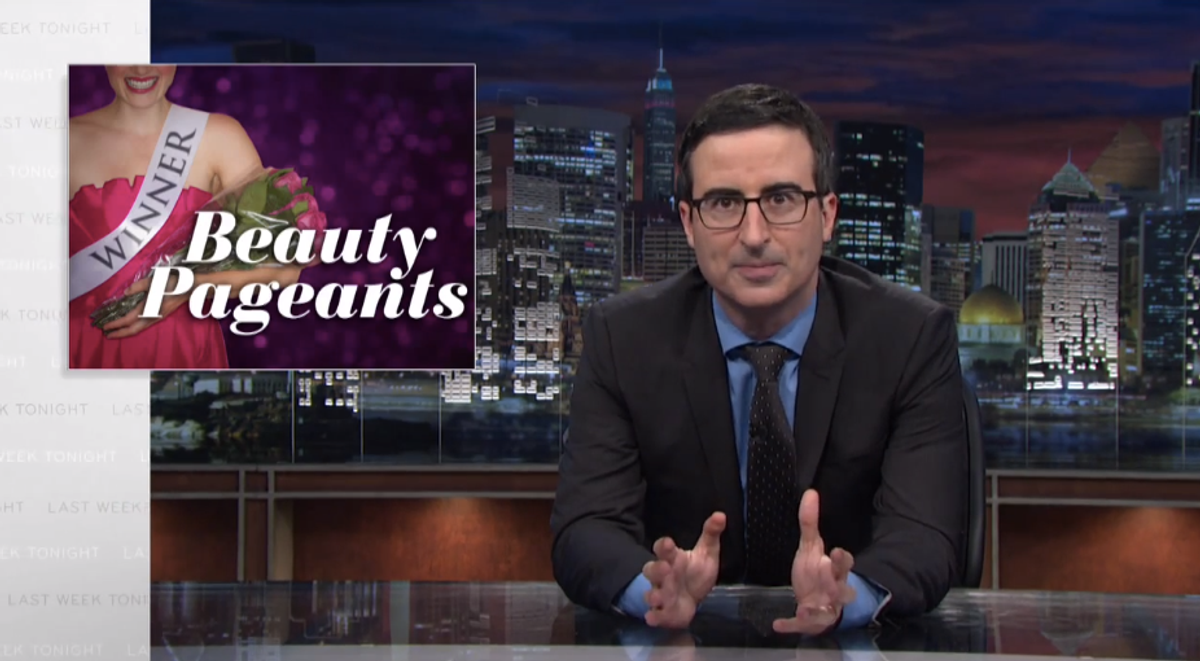 In just 15 minutes, John Oliver's "Last Week Tonight" has taken down the sexist tradition of beauty pageants, challenged the credibility of the entire Miss America organization, and brilliantly parodied the ridiculous production that is the pageant. The segment also illustrated how, increasingly, Oliver's program seems to be a journalism-driven show with aggressively researched, truth-seeking stories told with a sense of self-awareness and lots of wit.

After revealing Miss America's dubious and troubling relationship with its so-called scholarships (arguably the only thing that keeps the pageant relevant in 2014), Oliver hosted a beauty contest of his own. Comedian Kathy Griffin participated as a contestant, flipped the script and then judged the beauty of pageant host Oliver next to a model. The model, who is a model, won the contest because it favors people who look like models. Oliver then declares, "Pageants are horrible! I feel bad about myself."