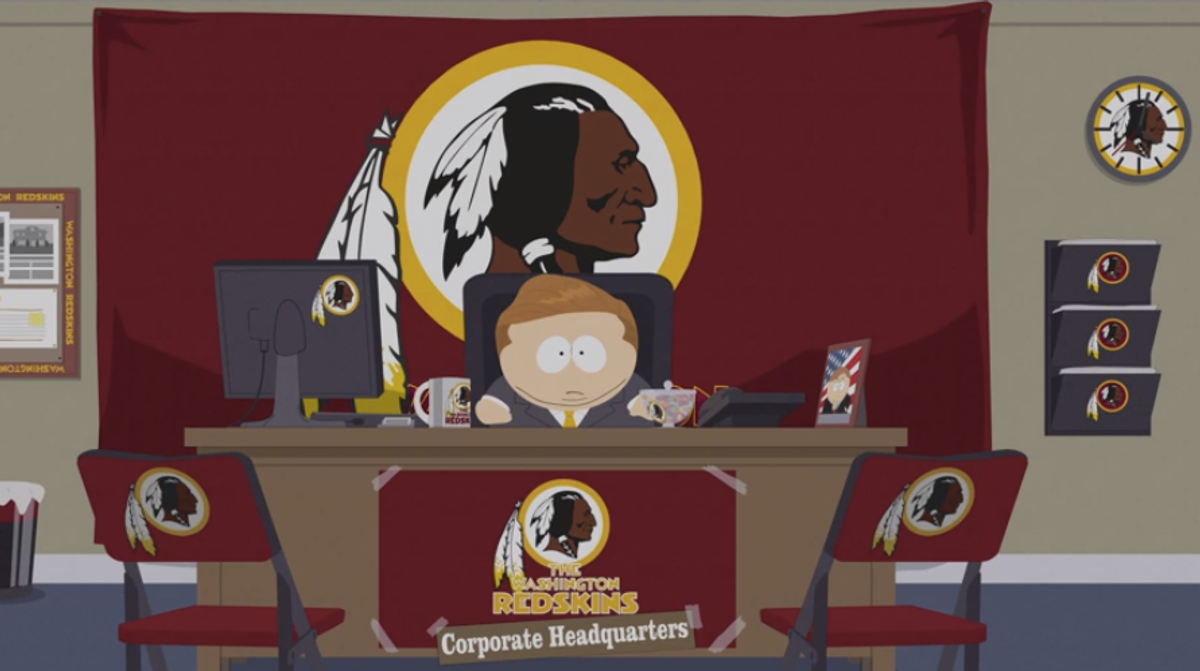 Eighteen seasons in, "South Park" is still coming up with brilliant satire. During Sunday's Washington-Eagles football game, Comedy Central aired a clip in which Cartman takes advantage of the released trademark to open a company called the Washington Redskins and then taunts Redskins franchise owner Dan Snyder.

A flustered Snyder appears in Cartman's office, exclaiming that the use of his name is "offensive to us" and "derogatory and makes us feel like a joke!" Cartman then takes Snyder's public defense of the team name, which is a slur against Native Americans, and turns it against the franchise owner, saying, "I have total respect for you! When I named my company 'Washington Redskins,' it was out of a deep appreciation for your team and your people."

The clip aired during the fourth quarter of the football game in the D.C. area, according to TPM.