"Don't be fossil fools": Nearly 400,000 people turned out to call for climate action 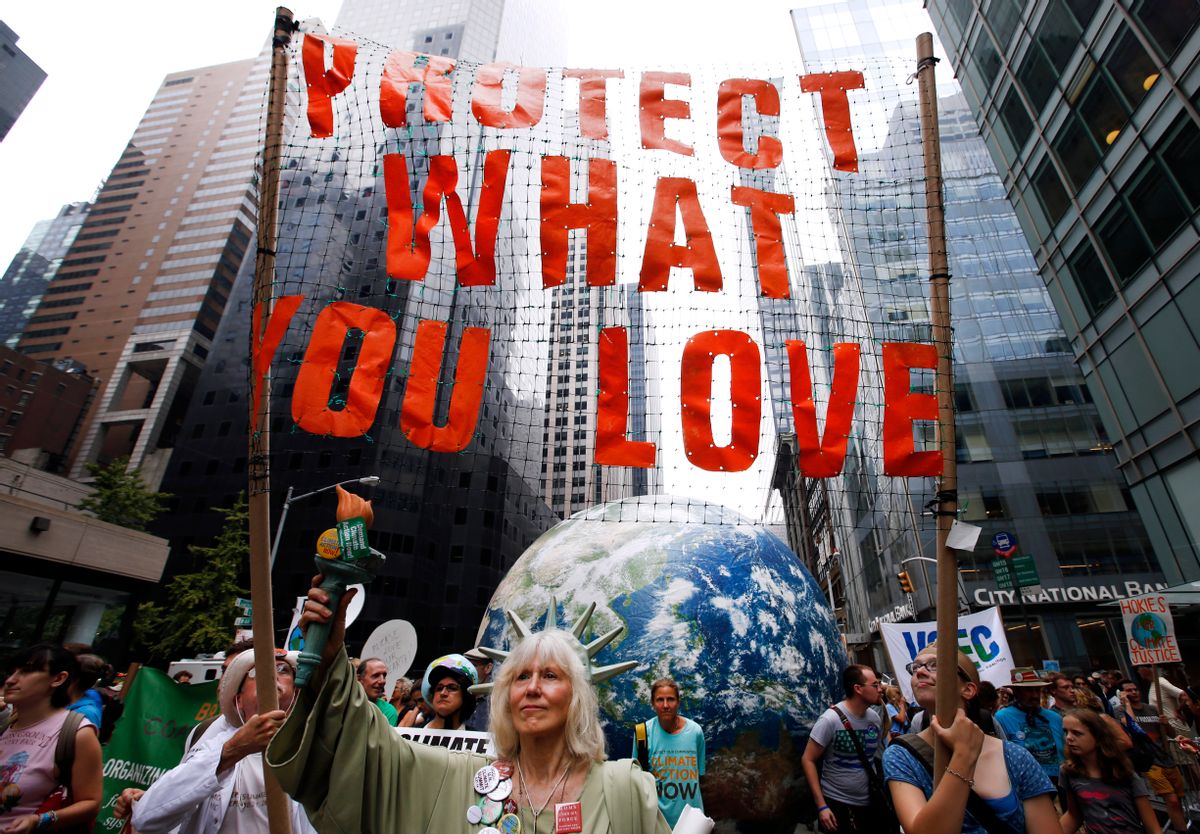 Nearly 400,000 people turned out Sunday afternoon for the People's Climate March, which, true to its organizers' promise, ended up being the largest such protest in history -- as well as quadruple the size they were expecting.

Also as promised (slogan: "to change everything, we need everyone") the protesters represented a diverse range of interests and priorities, all loosely organized under the larger demand for climate action. More than 1,500 interest groups turned out, and the crowd included locals, celebrities, politicians and participants who caught one of the 500 buses that came in from across the country. Giant screens along the route broadcast images from the 2,000-some other marches taking place around the world.

Everyone had their own statement to make: marching near the bloc of 50,000 students, the signage was heavy on snark and puns; elsewhere along the  2.2-mile route, groups of scientists aimed to educate the public about rising CO2 levels, while residents of front-line communities called attention to the threat of rising sea levels. There were multiple references to Dr. Seuss. Protesters were anti-meat, anti-fracking, anti-Keystone, anti-Koch brothers, pro-renewables, pro-divestment, anti-capitalism and pro-democracy; their signs ranged from expressions of dismay over the planet's destruction to more hopeful calls to protect Mother Earth.

Below, check out a small sampling of the sentiments on parade spotted by Salon, with a few extras culled from Instagram: