Something awful happen on your watch? As long as you didn’t know about it, you may be OK – depending on who you are 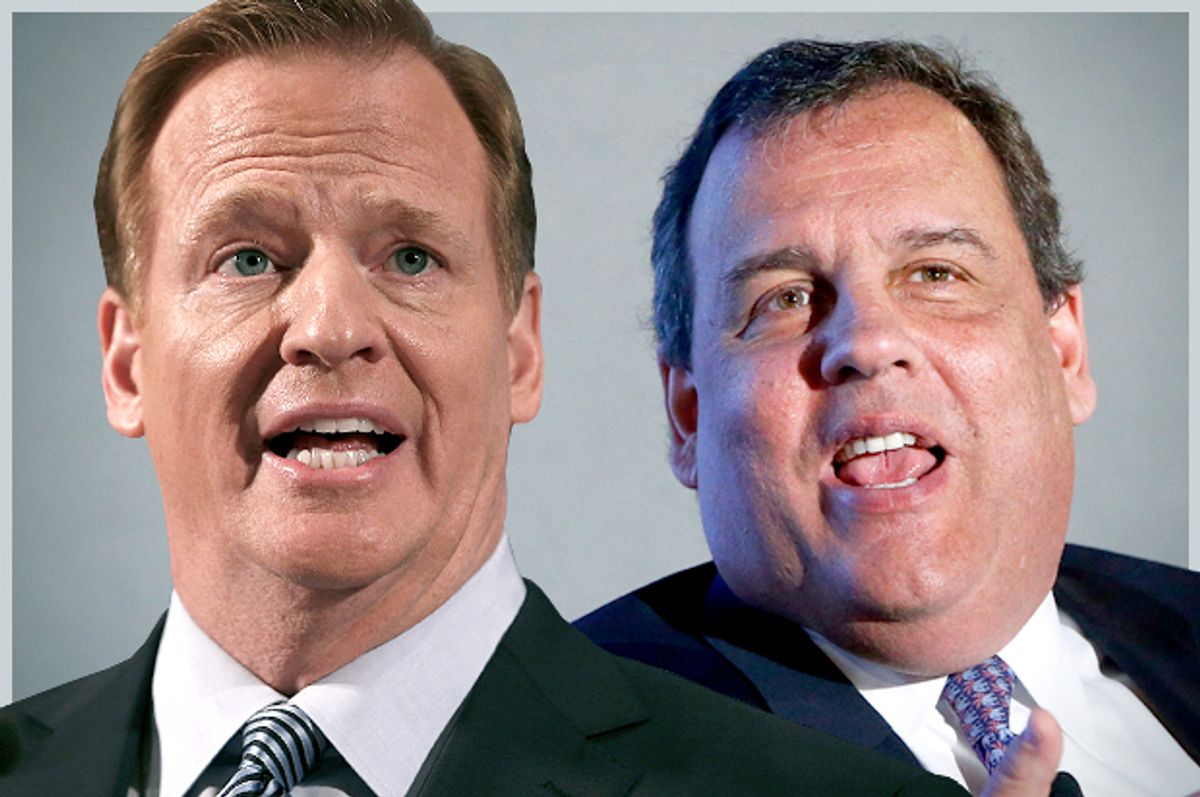 The Beltway consensus this weekend was hard to escape: Chris Christie got some big-time good news on Thursday and his trajectory remains skyward. After a local report suggested that prosecutors do not yet have a smoking gun proving he personally ordered his administration’s politically motivated bridge shutdown, the Washington Post declared Christie is “poised to reclaim his frontrunner status” for the presidency in 2016. Another Post headline declared it a “very good day for Christie.” He was “confident and calm,” and “radiating confidence about a presidential run,” Politico Playbook reported.

It’s true that the feds’ inability to demonstrate that Christie had direct knowledge of his aides’ plan to commit a crime that may have cost residents in wages (many showed up hours late to work) and could have cost lives (emergency vehicles were slowed down on a bridge that the government considers a top terrorist target) is significant.

But it also represents a striking redefinition of what we expect from managers, executives and potential presidents.

After his top staffers executed a plan to halt traffic on the nation’s busiest bridge in an apparent effort to punish political rivals, complaints rolled in, and formal questioning ensued. Yet, throughout it all, Christie claims he had no clue what was really happening, and apparently did little to investigate the matter. Yes, Thursday’s report supports this defense. The question is: Is the “I didn’t know about the mayhem on my watch” excuse really a confidence-inspiring exoneration, as was reported in recent days, or a confession of willful ignorance, ineptness and incuriosity?

Christie isn’t the only prominent executive in recent days to rely on the ignorance defense. NFL commissioner Roger Goodell, the target of anger and incredulity for his league’s handling of several domestic violence cases, presented a similar case. While he gave a lengthy apology on Friday and answered a long series of questions at a press conference – much like Christie had – Goodell centered much of his defense around the idea that he had not personally seen the tape of Ray Rice beating up his fiancée. As long as he hadn’t been aware of the severity of the assault, he seemed to be suggesting, we should not hold his inaction against him. His apparent lack of interest in seeing the video (and getting as much info as possible about it) is what gives him plausible deniability when it comes to the NFL's inaction. That his own willful ignorance is the shaky foundation of his defense is waved away as irrelevant.

Of course, Christie and Goodell are not direct analogues, and their situations should not be oversimplified as the same. They're dealing with different crimes, circumstances and audiences to win over. But both are part of the same larger phenomenon: an attempt to define down what is expected of executive management and leadership – if you didn’t know about it, you can’t be blamed -- in an attempt to evade accountability for calamities occurring on their watch.

It is also important to note that neither is an isolated case; both men represent larger categories. For Christie, it’s about what the public ought to expect from its elected officials. The trick he’s trying to pull right now is not just to manage a political crisis, but persuade opinion leaders and voters that anything short of a smoking gun – or, significantly, a conviction in court -- is a full-on absolution.

As for Goodell, his fate is tied less directly to the press and public, and more so to the NFL owners who appear happy to weather this P.R. storm as long as it doesn't linger on and cost the league money (by way of sponsors or viewers leaving). Under Goodell, the teams have made a lot of money, and as long as that continues, the "I didn’t know what was happening on my watch" excuse will likely win the day. In a similar vein, Jamie Dimon, the CEO of JPMorgan Chase, presided over rampant wrongdoing and violations (as Salon alum Alex Pareene famously pointed out on CNBC: “I think that any time you’re looking at the greatest fine in the history of Wall Street regulation, it’s really worth asking should this guy stay in his job.”). But as was noted by business journalists defending Dimon, he made his shareholders a lot of money, so why would he be in any jeopardy?

So far, Christie and Goodell and their ilk all seem likely to retain their positions with little reputational damage. As noted, Christie has been rechristened a presidential front-runner. No NFL owners have spoken out against Goodell. (For his part, Dimon remains a revered figure in the financial world.)

But a question worth asking is whether this reduced standard of accountability applies to everyone. Will workers lower on the food chain be able to use the “Don’t blame me for what happened on my watch, because I didn’t know about it” excuse? What about executives who aren’t white men? (If Massachusetts Gov. Deval Patrick, an African-American man, presided over the bridge scandal and conceded he was asleep at the switch, would he emerge from it with his reputation not only restored, but hailed as a presidential front-runner? How about New Mexico Gov. Susana Martinez?)

Obviously, it’s hard to prove hypotheticals. But here's what we do know: Goodell and Christie are not isolated cases. And their survival -- and returns back to the campaign trail and luxury suite -- reiterate an immutable truth. Shy of being put away by prosecutors, there is very little that can rein in a certain class of very powerful people. Even admissions of incompetence.