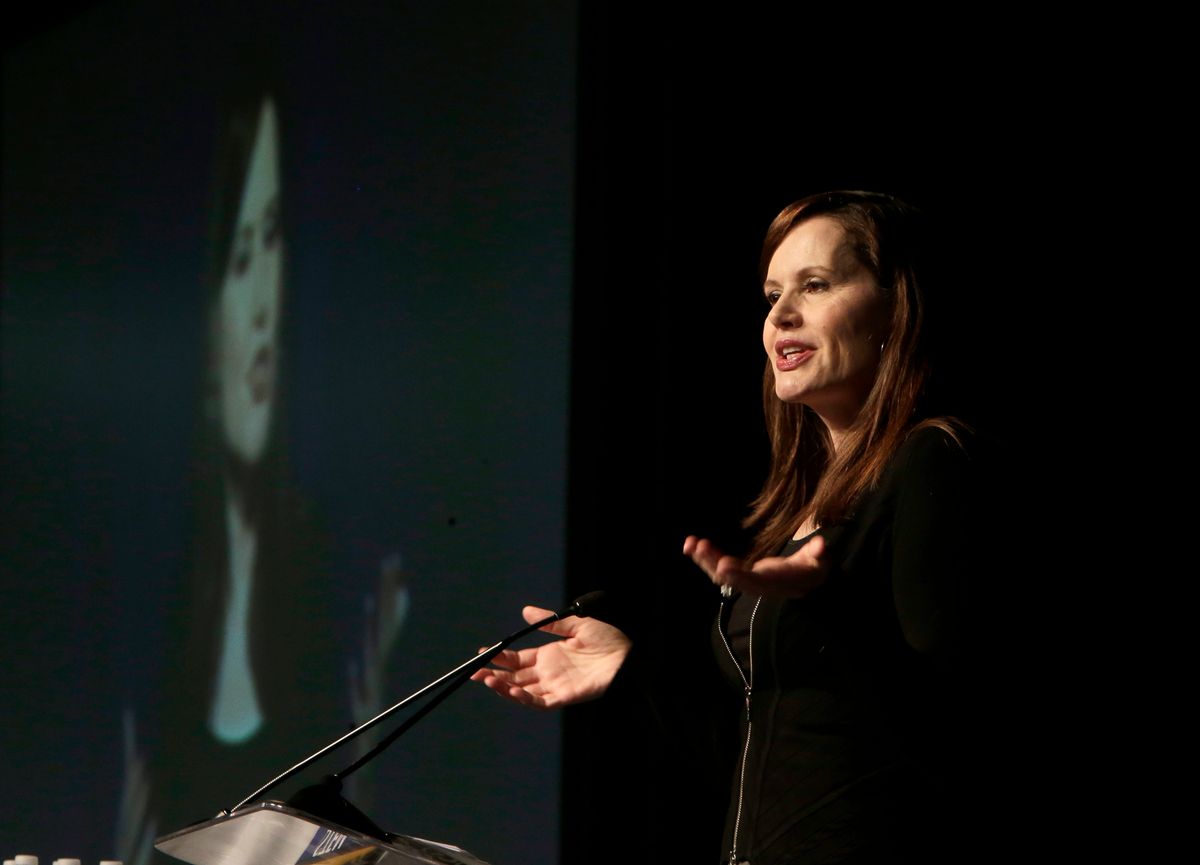 A 2013 photo of actress Geena Davis of the Geena Davis Institute on Gender in Media, which commissioned the study (Associated Press)
--

Just two days after actress Emma Watson delivered an international call-to-action for men and women to embrace feminism and works towards gender equality, the Geena Davis Institute on Gender in Media released a first-ever global study conducted by the USC Annenberg School for Communication and Journalism's Media, Diversity, & Social Change Initiative that concludes that films gender stereotypes are the "status quo" in film, worldwide.

More than 100 students contributed to the comprehensive study of 5,799 characters in 120 films, which was supported by UN Women and The Rockefeller Foundation and commissioned by and presented Monday at the Geena Davis Institute on Gender in Media.

The study surveyed films from "some of the most profitable international territories,” according to Initiative co-founder and study co-author USC Annenberg Professor Stacy L. Smith. The findings "illuminate that globally, we have more than a film problem when it comes to valuing girls and women. We have a human problem," she said.

The survey of films from Australia, Brazil, China, France, Germany, India, Japan, Russia, South Korea, the United States and the United Kingdom, as well as U.S.-U.K. collaborations, found that only 31 percent of speaking roles in films go to women, and only 23 percent of lead roles belong to women. The U.K., Brazil, and South Korea had the most female roles (37.9, 37.1 and 35.9 percent, respectively) while India and the UK.-U.S. collaborations had the poorest ratios at 24.9 percent and 23.6 percent, respectively.

The numbers also confirm other gender stereotypes: women are twice as likely to be sexualized on screen than men, and teenage girls are just as likely to appear sexualized as adult women up to age 39. A woman's "attractiveness" is five times more likely to commented upon than a man's attractiveness. And women aren't often seen in powerful executive roles, either: Fewer than 15 percent of women in international films are executives, and for every STEM role that goes to a woman, seven go to men.

The study found that when the filmmaker is a woman, there's a 6.8 percent increase in the number of women on screen. But sadly, just 20.5 percent of women are filmmakers.

Here are some other startling facts, shared at the Institute:

And these are some of the shocking consequences of the lack of female representation:

"There is still a gap in equality between males and females across every country we studied," said one of the co-authors, Marc Choueiti, who also observed that “Filmmakers around the world have the power to change this – stories and characters are only limited by imagination."

“Filmmakers make more than movies, they make choices,” said another co-author, Katherine Pieper, echoing a similar sentiment. “The findings from this study reveal that globally, these choices can mean that girls and women are left out of the picture.”

With numbers like that, it's another reminder of what Watson declared about women's rights on Saturday: "No country in the world can yet say they have achieved gender equality."

A previous version of this article gave the impression that this study was by the USC. The language of this post has been updated to clarify that this is a Geena Davis Institute on Gender in Media study conducted by the USC.