And for appearing as Stewart in the Chipotle Times Square 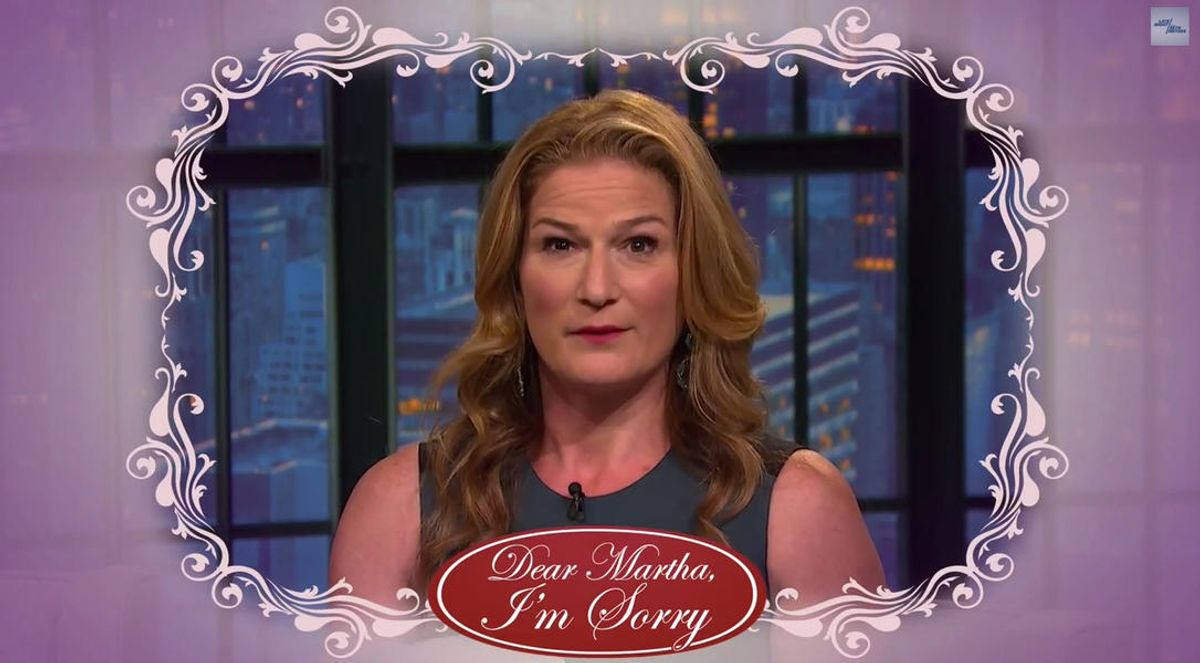 Worlds collided on Monday night when former "SNL" star Ana Gasteyer appeared on "Late Night" during the same show as Martha Stewart, who also inspired one of Gasteyer's most famous impersonations.

Calling attention to the elephant in the room, Gasteyer issued a public apology to Stewart for (among other things): appearing as her, topless, not writing a letter in calligraphy, mispronouncing "herb, oregano, and chutzpah" and deploying her drone to photograph Stewart's drone.

But it seems it was all for naught, as Stewart said later, "Actually I loved your impersonations of me, they were very, very accurate."