Roger Ebert was right: Free speech, Twitter and the Holocaust denier protected by the University of Illinois

At the Univ. of Illinois, the future film critic wrote wisely on free speech. Too bad the school hasn't listened 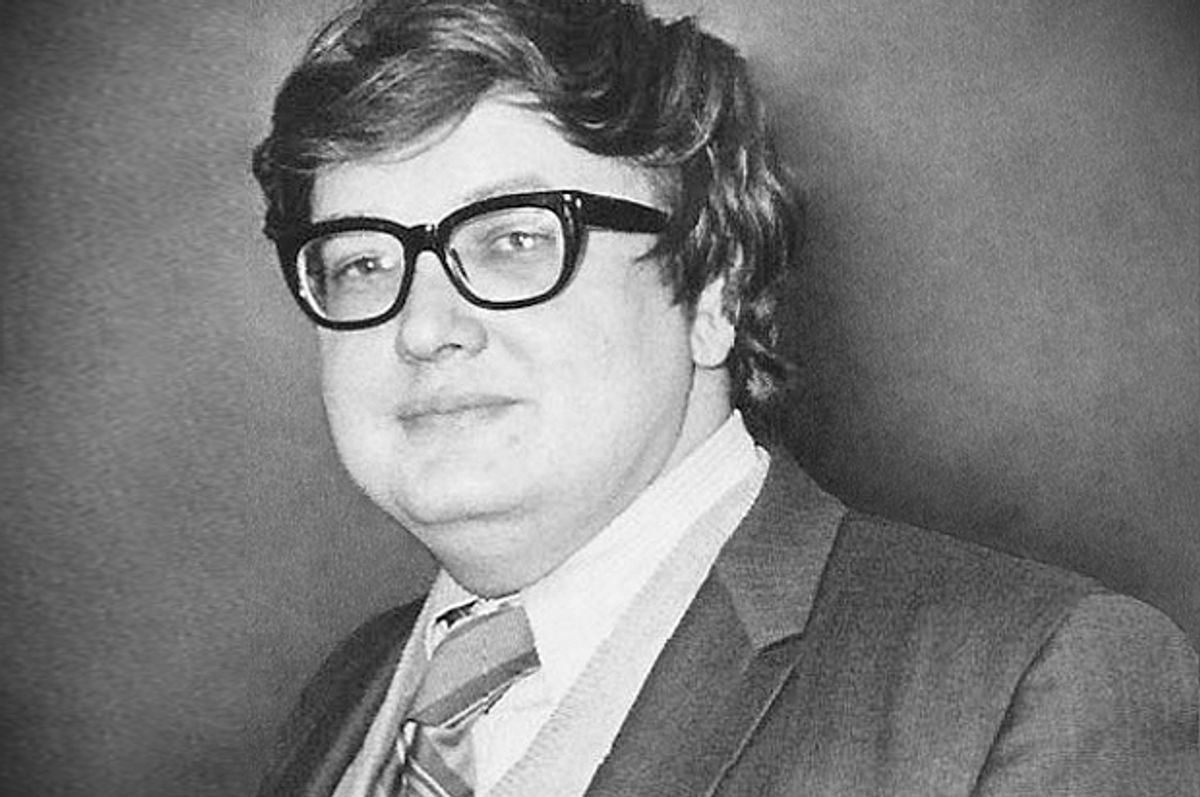 One thing you learn when you research the history of intolerance: There is nothing new under the sun. That applies no less to would-be institutional defenders of civility than it does for the haters (and in not a few cases, the freedom-fighters and truth-tellers) whose intemperate or untimely utterances so offend them.

As the political theorist Mark Rupert just reminded me, you don’t have to look any further than the University of Illinois to see that this is true. Back in 1960, a biology professor named Leo Koch became a lightning rod when he penned a letter to the student newspaper in response to an article about the scandal of “heavy petting.” “There is no valid reason,” he wrote to the Daily Illini, “why sexual intercourse should not be condoned among those sufficiently mature to engage in it without social consequences and without violating their own codes of morality and ethics.”

Koch’s peremptory firing for his “offensive and repugnant” comments not only sparked a firestorm of protests on campus; he was defended by the American Association of University Professors. Like Steven Salaita, whose dehiring this summer created such a media circus, Koch took his case for reinstatement into the courts and pursued it until 1964, when the U.S. Supreme Court declined to hear it.

That same year, the University of Illinois was rocked by another free speech scandal, following the publication of classics professor (and university alum) Revilo P. Oliver’s article about the Kennedy assassination, "Marxmanship in Dallas," in the John Birch Society magazine American Opinion. The gist of the argument was that Kennedy was sacrificed by his fellow Communists as part of a systematic plan for a domestic takeover. “I have mentioned but a few of the hundred reasons why we shall never forget John F. Kennedy,” Oliver wrote. “So long as there are Americans, his memory will be cherished with execration and loathing.”

Though the president of the University of Illinois alumni association called for Oliver’s immediate dismissal, President David Dodds Henry referred the case to the Committee on Academic Freedom and Tenure. In his column on the Daily Illini editorial page, editor in chief Roger Ebert (yes, that Roger Ebert) defended the president’s decision. His column is worth quoting at length, especially in light of the university’s Salaita decision, resting as it does on “civility” and the “line” that his tweets allegedly crossed:

Now the committee must judge the professor's conduct. For the greater good of the University, it should begin with the most open of minds. Nearly everyone agrees that Oliver's statements were extreme and unpleasant. But no one can agree where the line should be drawn in such public statements. My feeling is that if the line is drawn anywhere, the freedom of the academic community will be impaired. You can't put a picket fence around ideas, no matter how much you might want to sometime.

Ebert noted that Oliver’s students generally spoke highly of him and that his scholarship was well regarded. And he made the point that the university’s wrongful Koch decision should have taught it that a “short term bid for public favor can result in a long-term blemish on the University’s reputation.”

The Oliver case needs to be put into perspective in more ways than one. It needs to be weighed against the ancient tradition that professors have the right on occasion to be gloriously wrong. It has to be seen as an extension of the promise of free expression. It has to be seen as the first significant test of the guarantees the university offered in 1962 and 1963 to answer criticism of the mishandling of the Koch case. In a way, it has to be seen as a trial of the things we say we believe about free speech. If truth will really prevail, then what are we so worried about?

On March 18, after the board of trustees considered the matter, they issued a statement that essentially paraphrased Ebert’s argument. “The exercise of academic freedom is not without its price,” it read in part, “but the benefits greatly outweigh the costs.” Oliver kept his job; he would retire from the university in 1977.

Ironically (or perhaps appropriately), the university proved itself more tolerant than the John Birch Society, which would expel Oliver for his anti-Semitic writings. “I do not in the least object to [the] implication that I am sadly deficient in veneration for the world-conquering Sheenies who have occupied and rule what was once a White Man’s country,” Oliver wrote almost two decades later, in an essay in Contemporary Journalists. By then he had joined up with William Luther Pierce’s neo-Nazi National Alliance and become an outspoken Holocaust denier.

Oliver died in 1994, long before Twitter, but I daresay that his offensiveness goes well beyond anything that Salaita has ever written, in any format. And yet the University of Illinois believed that the principle of free speech outweighed it. In the words of its trustees, “when abuses occur, and the public image of a great university is somewhat tarnished as a result, it must be recognized that the larger gain is in the brighter image of the university presented to the scholarly world of an institution dedicated to the advancement of knowledge and learning, and one willing to pay the price for strict adherence to this ideal.”

Half a century later, a full-court press by pro-Zionist donors was all it took to make the University of Illinois set its ideals aside (for a summary of the FOI documents that demonstrate this, see Corey Robin’s blog). In their completely unreasonable fear that Salaita was another Oliver, they gave themselves another Koch.

Those who don’t know history, as the saying goes, are destined to repeat it.