The comedian fact-checks the political commentator and former psychiatrist 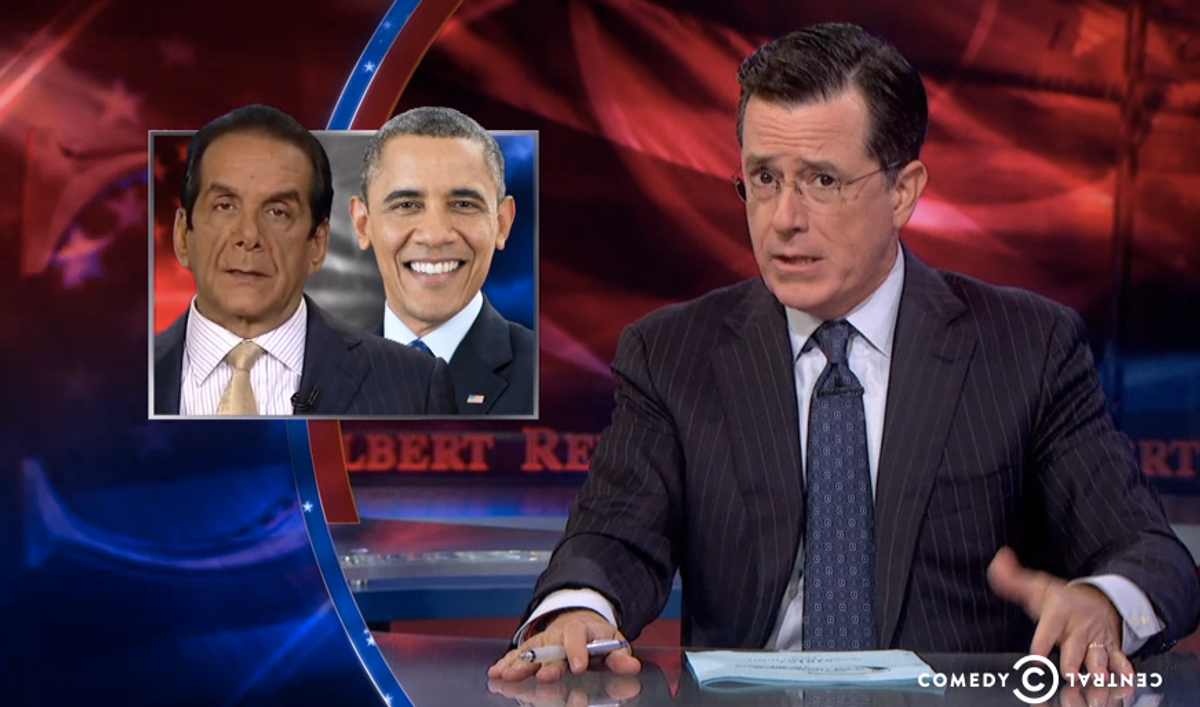 Fox News' Charles Krauthammer has diagnosed President Obama as a narcissist, so Stephen Colbert diagnosed him with being "a dick."

The former psychiatrist, who acknowledged on a radio interview that a doctor cannot diagnose a stranger, then proceeded to diagnose the president with narcissistic personality disorder. His main piece of evidence?: Obama's use of "I" in his speech on the killing of Osama bin Laden.

Not only was Krauthammer wrong to attempt a diagnosis, but his supporting data was wrong, too. Colbert fact-checked the mentions of "I" in Obama's speech to find that there were only 11 references to himself, not 29, as Krauthammer stated.