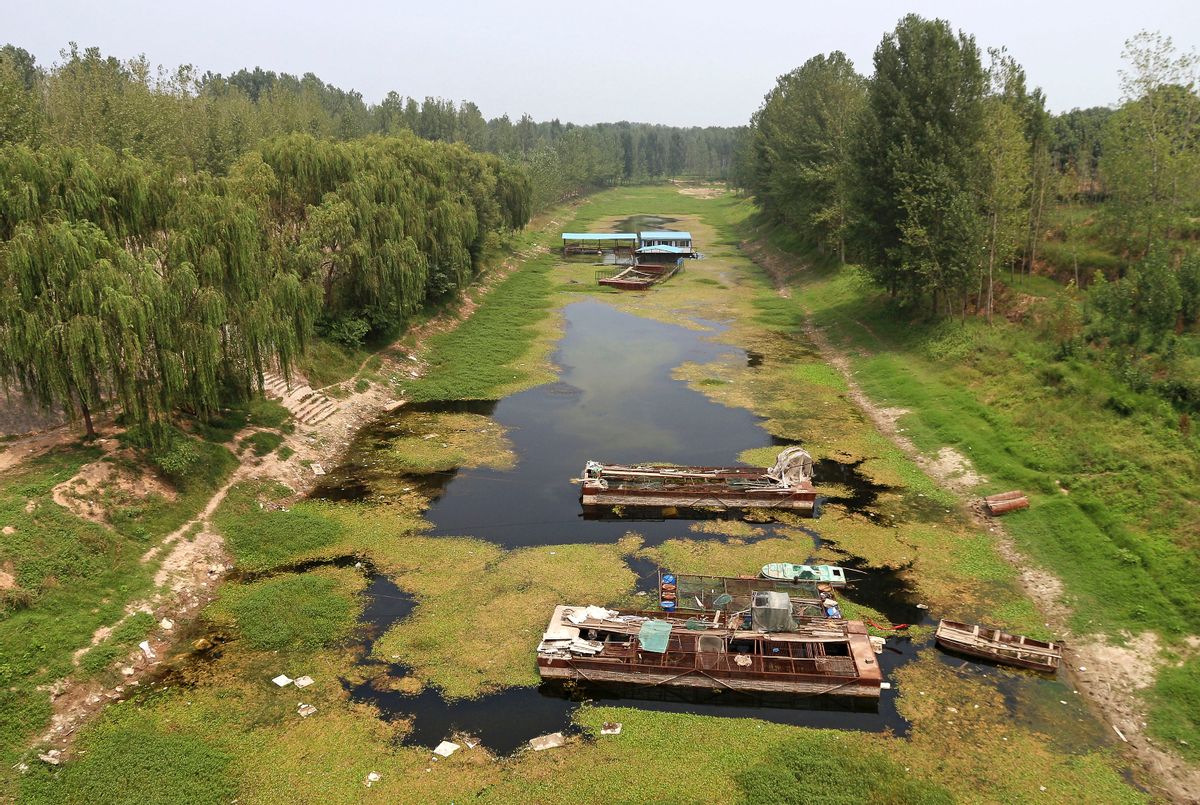 In this Monday, July 28, 2014 photo, boats sit on a dried river bed in Xunxian county in central China's Henan province. After a season of record-breaking drought across China, groundwater levels have hit historic lows this year in northeast and central parts of China where hundreds of millions of people live. Reservoirs grew so dry in agricultural Henan province that the city of Pingdingshan closed car washes and bathhouses and extracted water from puddles. (AP Photo) CHINA OUT (AP)
--

The issues certain to top the agenda are Islamic extremists intent on erasing borders, Ebola and the plight of millions of civilians caught in ongoing conflicts.

The president is expected to cast the U.S. as the linchpin in efforts to defeat Islamic State militants in Iraq and Syria.

The court finds no sufficient evidence against Abu Qatada, who was charged with involvement in plans to target Israeli and American tourists and Western diplomats in 2000.

Placing a satellite into orbit around the red planet catapults the country into an elite club of deep-space explorers.

5. WHO STEPS ONTO BIGGER POLITICAL STAGES

New York City Mayor Bill de Blasio's profile is on the rise both nationally and internationally and he is increasingly viewed as a rising star.

A new $8 billion project aims to use turbines on a Wyoming wind farm to send electricity to over 1 million households in Southern California.

After a season of record-breaking drought across the nation, groundwater levels hit historic lows in northeast and central parts of the country.

8. NOT ONLY GARDENERS NOW SEE DEER AS BANE

The animals are also a nuisance for airports and a threat to pilots, especially at this time of year, according to aviation and wildlife experts.

Dilma Rousseff hopes generous welfare programs that have helped slash extreme poverty under her watch will convince their beneficiaries to re-elect her.