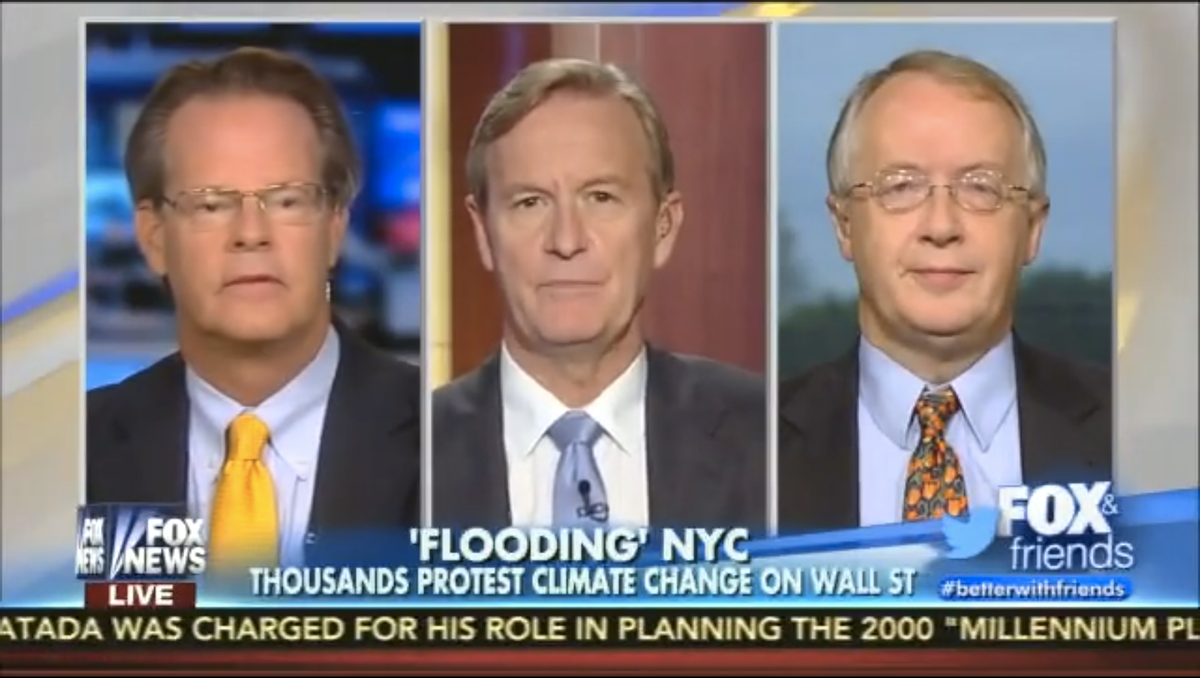 On Wednesday morning's edition of Fox & Friends, Steve Doocy was aghast as he reported President Barack Obama's statement at the UN Climate Summit that climate change is a bigger threat than terrorism. "There's one issue that will define the contours of this century more dramatically than any other," said Obama. "That is the urgent and growing threat of a changing climate."

Doocy introduced a debate between Bob Deans of the Natural Resources Defense Council (NRDC) and Myron Ebell of the liberatrian think tank, the Competitive Enterprise Institute. He asked both guests whether or not climate change was "settled science." (Spoiler alert: it is, why do we have to keep saying it. It just is.)

Deans lays it out on the table: "Since the beginning of the Industrial Revolution a couple of centuries ago, we have increased the carbon dioxide level in the global atmosphere by 43 percent. That's a huge number. And here's who tells us it's a problem: the National Academy of Sciences, the National Aeronautics and Space Administration--the guys who put a man on the moon, the Pentagon, the Commerce Department, the State Department. The most foundational scientists all over the world are telling us that this is a serious problem and we've gotta do something about it."

Ebell responds: "We do not have more heat waves, we are not having more big storms, we have not had any hurricanes this year, for example. I think this is a kind of fantasy world that they're living in."