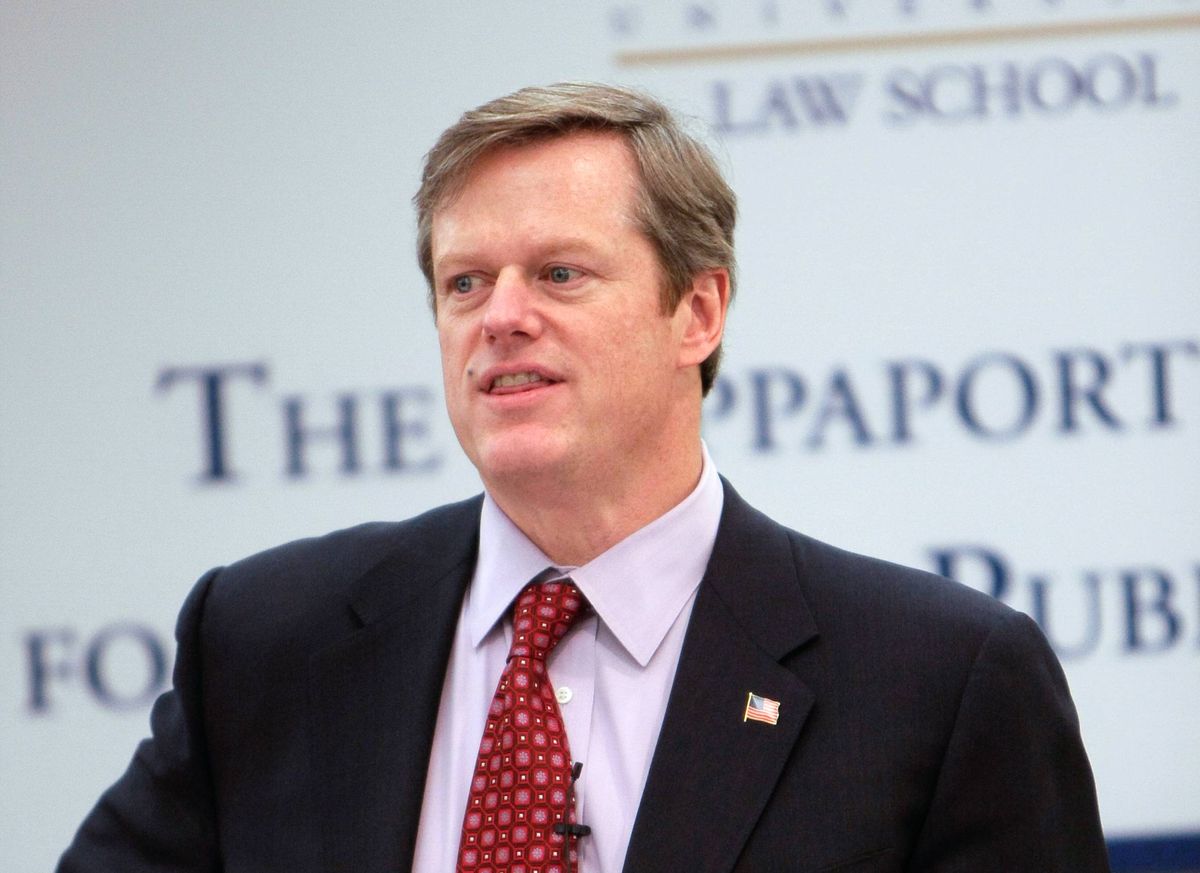 Massachusetts gubernatorial candidate Charlie Baker recently shook up his campaign team in an effort to reach more female voters, but he might need to reconsider another aspect of his media presence: himself. In an interview with Fox 25's Sharman Sacchetti at a "Women for Charlie" event last week, Baker dismissed one of the reporter's questions about domestic violence by interrupting her, calling her "sweetheart" and telling her to stop asking questions -- on air.

According to Blue Mass Group, Baker initially spoke with Sacchetti about whether the NFL should oust commissioner Roger Goodell over his failure to adequately investigate domestic abuse charges against former Baltimore Ravens running back Ray Rice. Following their first interview, in which Baker said he would need "more data and more information" before deciding to fire anyone, the candidate did an about-face, saying he would take action. And so when Sacchetti asked Baker, on camera, if his flip was made out of political convenience, he decided to shut her down.

"OK, this is going to be the last one, sweetheart,” Baker said, grabbing Sacchetti's shoulder.

Whoops. Sacchetti, clearly shocked by Baker's comment, replied incredulously, and the candidate shrugged off the comment by saying he was "kidding." The Massachusetts chapter of the National Organization for Women did not see the joke in diminishing a female reporter, though, and circulated an email following the incident slamming Baker's treatment of women.

“Charlie Baker has proven once again that he does not take women or their concerns seriously in this race," the email said, according to the Boston Herald. "His dismissive behavior and condescending use of ‘sweetheart’ in response to a question from a well-respected female journalist is just another example of his blatant disregard for women.”

On Tuesday, Baker issued a statement addressing the incident, apologizing to Sacchetti and calling her "an accomplished professional and someone who I have come to both respect and consider a friend."

Watch the contentious clip of Baker and Sacchetti below: