Let me be Lil Miss Hot Mess: Facebook took away my stage name 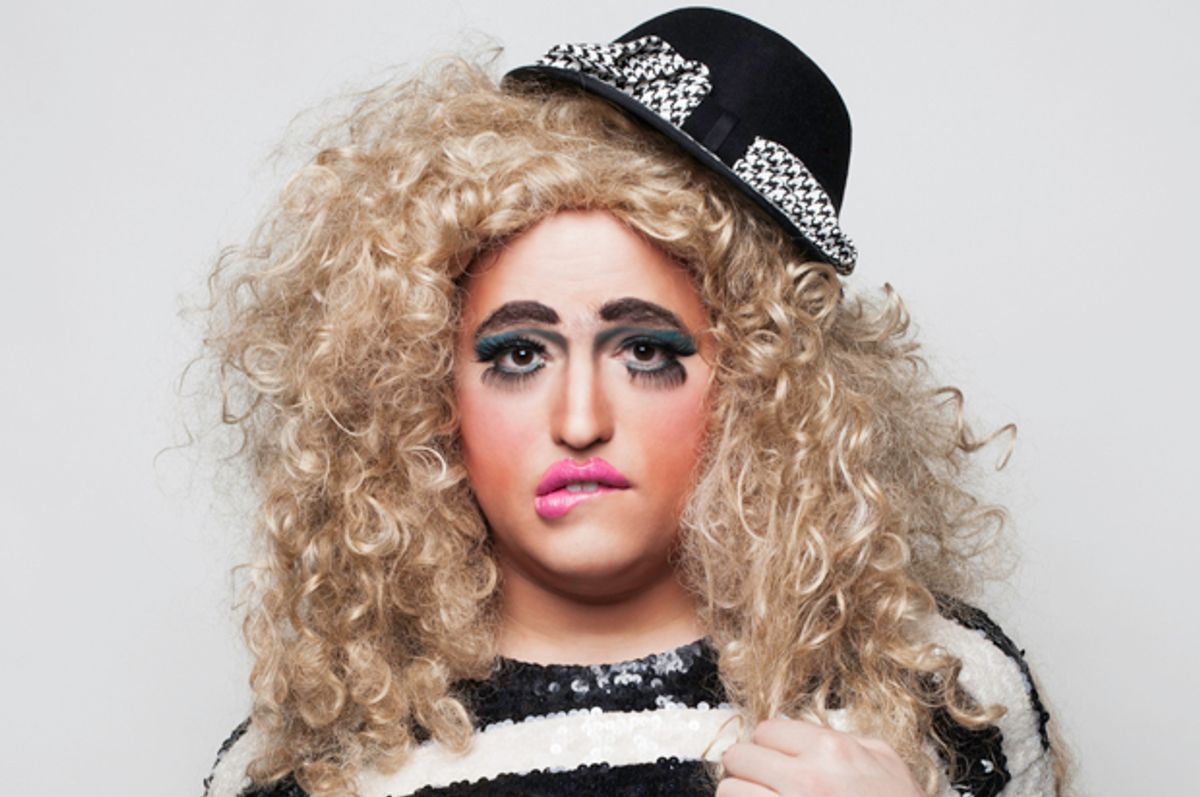 A photo of the author (Sloane Kanter)
--

Last Monday, I woke up to learn that I’d been locked out of my Facebook account for using my stage name.  I wasn’t surprised; many of my fellow drag queens had already been forced to fork over their legal names to comply with the company’s so-called real names policy.  Turns out, some overzealous Internet trolls are reporting us. But what’s worse is that Facebook is effectively outing us.  While I’m a proud queen, it’s not always the first thing I bring up at a job interview, on a date or with my third-grade teacher.  (Thankfully her reaction was a kind-hearted, “well look at you, amazing!”)  As we say in the business, this is shady.

As much as I roll my eyes at our collective obsession with Facebook, watching my online identity vanish hit me hard.  It’s true: You don’t know what you’ve got till it’s gone.  To have years of photos, conversations and other traces of a life lived digitally suddenly disappear felt like an erasure of my very existence.  And now that my account’s been reactivated with what Facebook thinks is my “real name” (hint: It’s not, but sounds like it could be), I have no idea who anybody is anymore: My feed is full of drag queens with boys’ names!

Thankfully, my friend Sister Roma, a member of the legendary Sisters of Perpetual Indulgence, brought us queens together quickly.  As Stonewall veteran Sylvia Rivera famously quipped, “Hell hath no fury like a drag queen scorned.”  Without skipping a beat, we hit the press, and messages of support began pouring in from people all over the world.  Turns out, drag queens aren’t the only ones affected by this unfair and poorly enforced policy. We just have the biggest mouths.

I’m not going to lie: If it were just me and my fabulous friends, I’d probably have just dropped my account by now. I’ve got better ways to waste my time.  But I am -- and we are -- fighting back for three important reasons.

First, this is an issue that affects a lot of different people around the world.  Like, a lot a lot.  For many who already have too many other things trying to bring us down, worrying about whether Facebook thinks we’re “real” or not simply adds insult to injury.  We heard back from transgender teens, victims of domestic violence, teachers, social workers, political dissidents, government bureaucrats, clergy, journalists, immigrants -- and the list goes on and on.  Hundreds shared heartbreaking stories of being abused, stalked and bullied.  For many -- including our LGBT community -- digital platforms like Facebook have become part of how we end isolation and try out new identities.

Transgender people uniquely face an uphill legal process just trying to be recognized for who they are -- not to mention enduring life-threatening violence -- and social media can offer an excellent way to test the waters of acceptance and build community.  Facebook claims that their policy helps users express their authentic selves and keeps people safe by making users accountable for their words and actions.  It’s an admirable goal, and yet, our stories show that this policy is deeply flawed.  Indeed, the ways in which drag queens have been targeted are just one example of how policing “real names” can indeed make everyone much less safe.  If Facebook truly wants to end online harassment, it should spend its time making those tools better, rather than policing users’ names.

Second, whether we like it or not, Facebook is one of today’s most important public forums and excluding people from participating is unfair and discriminatory.  It’s not, as we say, “one queen, one microphone” -- everyone deserves a chance to speak her mind.  Facebook may be a private company, but with its global dominance and integration into services like Airbnb as well as court communications, it acts much more like an international public utility.  While I would love to see social media regulated -- and Europe has already begun leading the charge around privacy and anonymity -- in the meantime, companies like Facebook can and should support a diversity of both users and use.  From the Arab Spring to Ferguson, social media has been widely praised for amplifying social movements; however, we now see the dark side of giving too much credit to communications that are managed by powerful private companies.  The United States, like many liberal democracies, is founded on principles not only of freedom of speech, but also of access to speech.  Being able to share one’s opinions and experiences safely -- including anonymously or through a chosen name -- is part of that legacy that everyone has a right to, whether you are a third grade teacher who enjoys a margarita on the weekend, you have escaped an abusive relationship, or you wear false lashes and cha cha heels for a living.

Third, it bears repeating that Facebook is a private corporation, and like a drag queen out to earn her tips, it’s always looking after its bottom line.  Some have suggested that the enforcement of this tired policy is a way to maintain data integrity, but I’m not so sure.  Facebook already has plenty of data to identify each and every one of us -- from photos, to location data, beacons across the Web, and often our credit card or phone numbers -- that it should hardly need to make our legal names public to keep advertisers happy. The truth is, we don’t know what Facebook will do with our data tomorrow, next year, or 10 years down the road (and its track record on privacy is far from pretty).  Just as many are up in arms about the NSA’s sneaky surveillance, we should also be careful not only when it comes to what we share, but also the terms under which we share it.  And sometimes that means pushing back when it misses the mark.  These companies have a million more data points than the specks of glitter on my face; it’s our responsibility to demand more control over our data and identities, not less.

If you haven’t guessed by now, it’s never a good idea to mess with drag queens.  We’re not only good at drawing a crowd, but we can spot fakeness from a mile away.  We met with Facebook last week, and while the snacks were nice, we’ve yet to receive an explanation, a plan or an apology.  If Facebook really wants to provide a safe place for authentic social interactions, it needs to revise its policies and procedures to let all users define realness -- starting with our names -- for ourselves.

Lil Miss Hot Mess is a San Francisco-based drag queen who has presented work at venues ranging from gay bars to universities, SFMOMA to the streets of OccupySF.