Liberal hawks still don't get it: The worthlessness of their good intentions 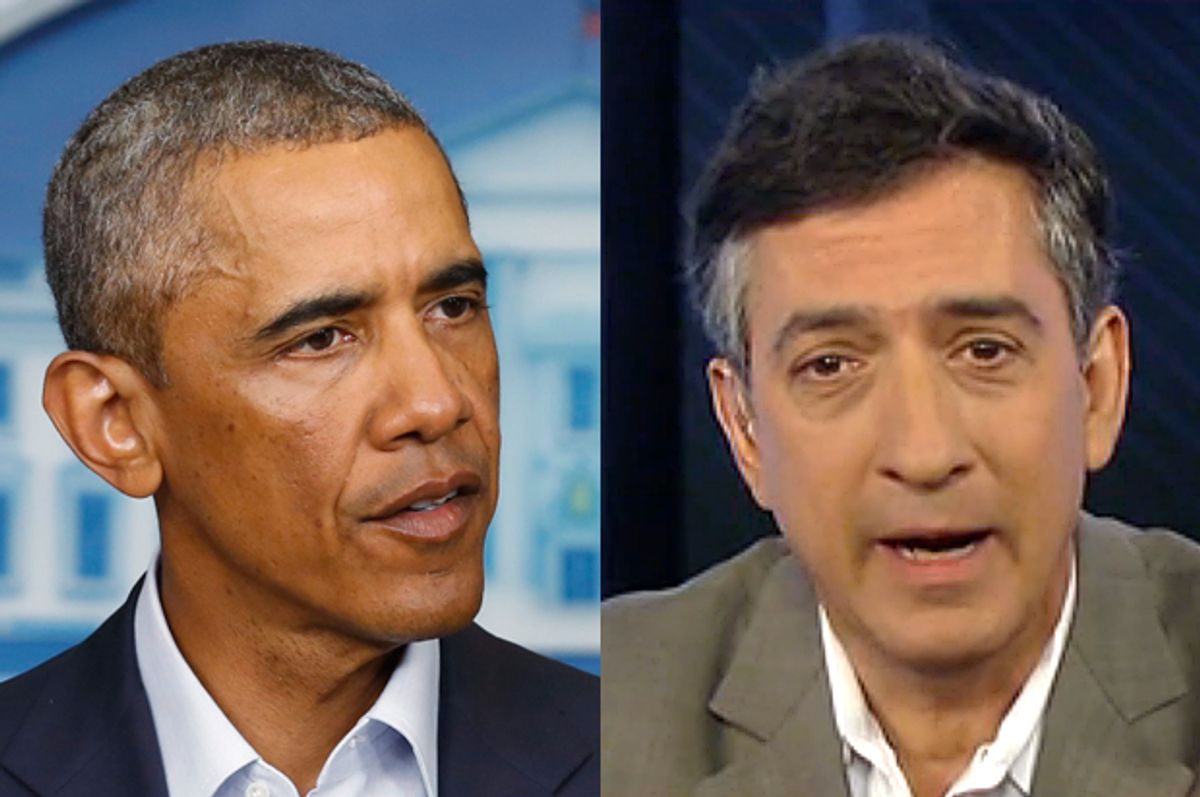 Over the past two months or so, as the word “ISIS” transitioned in my mind from the cartoon realm of “Archer” to the considerably less humorous Middle East, a lot of digital ink has been spilled decrying the ease with which neoconservatives have reclaimed their formal place in the thought leader pecking order. There have been anguished cries for pundit accountability, and repeated demands that media outlets and polite society in general ostracize every disgraced member of the team behind the American invasion of Iraq in 2003. The neocons’ critics have vowed, in essence, to make sure Americans won’t get fooled again.

Considering neoconservatism is essentially an American variation on fascism — meaning it shares traditional fascism’s imperialism, jingoism and romanticism; but is much more democratic and much less enamored with the transformative power of extralegal violence — this is a noble goal. Our politics would be better if neoconservatism were pushed to the intellectual fringes (or, better still, Reagan’s ash heap of history). But for those who see the American campaign against ISIS as proof that America is still stuck in a war on terror mind-set, and who fervently wish to free the U.S. from that mind-set, attacking neocons is not enough.

Remember now: While the latest war in Iraq was primarily brought to you by neoconservatism and the GOP, it’s debatable whether the Bush crew could have pulled it off without getting much-needed rhetorical and political cover from the so-called liberal hawks. It would probably be an exaggeration to say that Bush couldn’t have made war on Iraq at all without the liberal hawks, but it’s hard to imagine them letting their ambitions for Iraq balloon as they did without the politically insulating bipartisan imprimatur. In other words, no matter how out-of-step with the liberal mainstream they may be, when liberal hawks offer arguments in support of maintaining the war on terror, it matters.

And this is why I find Michael Tomasky’s latest for the Daily Beast, “Obama’s Iraq Is Not Bush’s Iraq,” so disappointing. Tomasky has something of a reputation for being more comfortable with U.S. military power than many on the left, but he also distinguished himself during the Bush years by strongly and consistently criticizing that unnecessary and disastrous war (and not only once the mistake was plain, but in the run-up, too). Yet here Tomasky is, writing a piece in defense of the ISIS war that’s so riddled with caveats and magical thinking, you’d only have to tweak it a bit here and there before submitting it as an example of a generic New Republic editorial circa 2003. But while there’s much in it with which to quarrel, the biggest problem with the piece is the central conceit, which dominates so much liberal hawk thinking, that a warmonger’s intentions matter.

“[I]t’s hard for me to imagine how the differences between the two actions could be starker,” Tomasky writes, referring to Bush’s invasion of Iraq on the one hand and Obama’s airstrikes on Iraq and Syria on the other. He acknowledges the wars’ results may be the same (“creating more problems than they solve”) but insists that “in moral terms, this war is nothing like that war, and if this war doesn’t end up like Bush’s and somehow actually solves more problems than it creates, that will happen precisely because of the moral differences.” Unfortunately, the differences Tomasky outlines are largely superficial — which should tell you something about the salience of “moral differences” in this context.

Tomasky’s defense of Obama’s war is a three-legged stool, and it is exceptionally wobbly. The first leg, Tomasky argues, is the fact that “Obama did not lie us into this war.” He reminds us of Colin Powell’s shameful performance at the U.N. Security Council, during which the then-secretary of state infamously and theatrically held up a fake vial of anthrax, and argues that, unlike the Bushies, Obama’s team “didn’t tell us any nightmarish fairy tales about weapons of mass destruction” and “didn’t trot his loyalists out there to tell fantastical stories about smoking guns and mushroom clouds.” In a technical sense, this is true. But is having the mild-mannered Chuck Hagel shuffle in front of reporters to talk about the danger posed by the “apocalyptic” ISIS being “beyond anything that we’ve seen” any better? Not really.

The second leg of Tomasky’s argument is pretty straightforward: “This war doesn’t involve 140,000 ground troops.” Again, that’s true enough; but as Tomasky, to his credit, acknowledges, that sentence should always conclude with the word “yet.” Military officials are already locked in a subterranean bureaucratic struggle with the White House about deploying troops, and with no Americans having yet died, public support for sending in “boots on the ground” is already around 40 percent. Tomasky shrugs those concerns away, saying time may prove those worried about troop deployment correct, and then gushes that the Obama strategy of pairing U.S.-directed airstrikes with Arab-directed ground operations, “if [it] works more or less as planned,” could be “a new model for fighting terrorism in the Middle East.” Yes, and if I had three wheels, I could be a tricycle.

Lastly, Tomasky writes that Obama’s war is superior to Bush’s because “it’s not built around a goal that is in the interest only of the United States” but rather those of nearly everybody in the region. Tomasky implies the coalition Obama’s assembled — which is notably smaller than the one Bush threw together for his war — is more legitimate than was his predecessor's, because defeating ISIS “is a genuine priority,” while toppling Saddam Hussein was not. But tellingly and almost immediately, Tomasky struggles to differentiate these players’ interests from those of the U.S., arguing that a successful war on ISIS could inspire “some key players in the Arab world start to try to get their own house in order a little bit with respect to extremism.” How defeating ISIS would make the despots in Riyadh more interested in moderation, Tomasky doesn’t address.

By the end of the piece, Tomasky finds himself proclaiming the new American war in the Middle East already better than the last one because it’s “not a morally dubious hegemonic enterprise built on a pile of lies.” Yet if we go back and remind ourselves of the argument put forward by Bush and his neocons, it’s hard to see a ton of difference. Claiming an enemy that has not struck the United States is so satanic that it is deserving of a preemptive strike? Check. Claiming that said enemy is a poison to the region, one potentially holding back other players from improvement and moderation? Check. Imagining the use of American bombs will kick off a paradigm-shifting transformation of Middle Eastern politics? Check.

A little less than a week ago, Andrew Sullivan wrote of “bewilderment” at the way American national security politics has seemingly hopped in a time machine and cranked the lever back to 2003. He focused on how Americans have forgotten the last Iraq disaster’s lessons about restraint and humility, courage and perseverance; and how ISIS’s horrible viral killings have reignited Americans’ post-9/11 state of trauma and terror. What Sullivan didn’t mention, but which is perhaps even more striking, is the way our most hawkish pundits are still following the same pro-war script. Neocons and liberal hawks are once again pushing for more war — with the latter still imagining their good intentions represent a significant difference, while stubbornly refusing to grapple with the unpleasant truth that sorry, nope, they really do not.