"It’s going to be at least a two-year commitment ... kind of feels like you just f-ing got the last one," he says 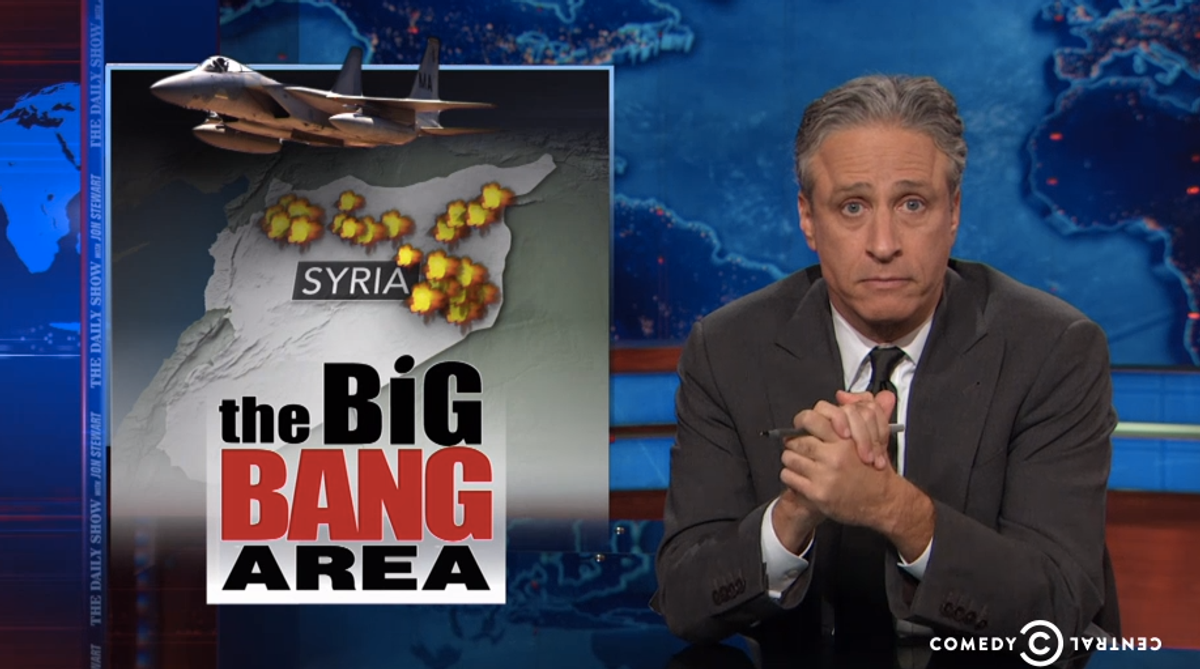 In a way that only he can do, Jon Stewart teased out the absurdity from the news that the U.S. and other Middle Eastern countires are attacking Syria. "It was so anticipated," he said, "it was the iPhone 6 of wars."

Simultaneously mocking ineffective U.S. foreign policy and our tech-obsessed consumer culture, he said, “It’s expensive, a little bigger, a little more unwieldy than you thought it was gonna be, it’s going to be at least a two-year commitment ... kind of feels like you just fucking got the last one."

But the U.S. is hesitant to call the strikes what they really are -- war. Correspondent Jessica Williams defends the semantic argument and highlights a threat that's greater than ISIS: