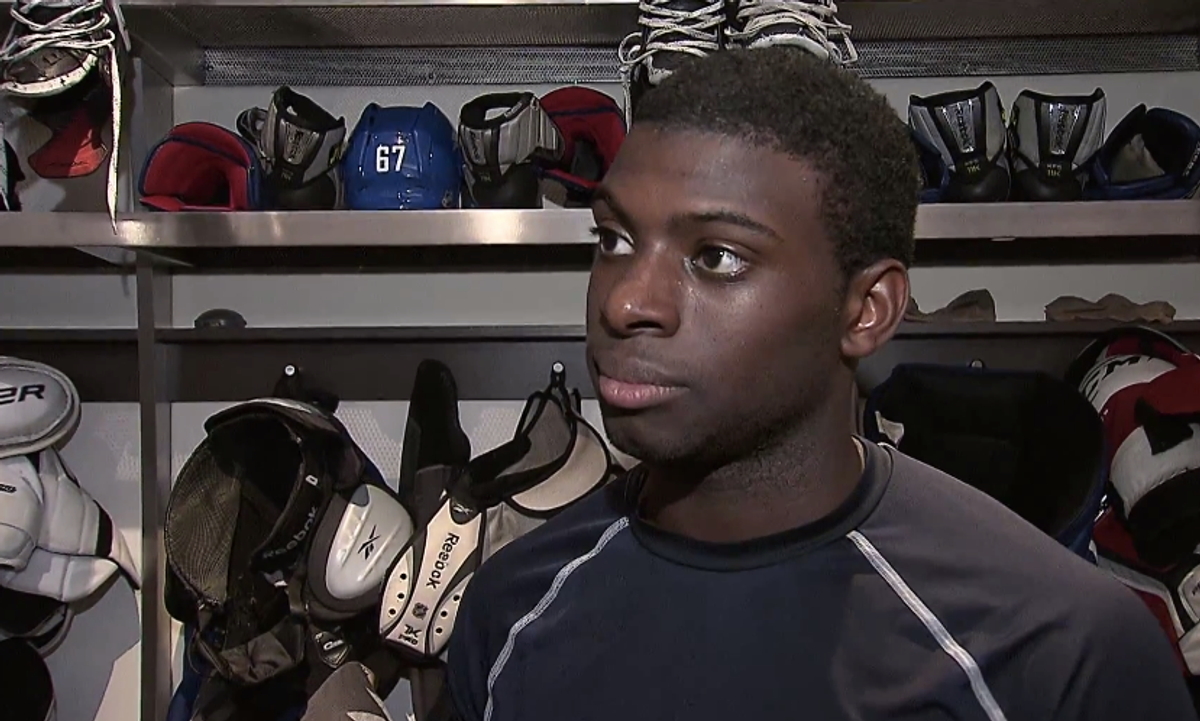 The Vancouver Sun has apologized for an offensive cutline that referred to Vancouver Canuck hockey player Jordan Subban as the "dark guy in the middle." The caption was published on Tuesday night in a piece that was supposed to celebrate Subban, who scored the opening goal in the Canucks' first preseason NHL game against the San Jose Sharks.

Reporter Greg Balloch spotted it and immediately called attention to it on Twitter:

However, as the same caption appeared elsewhere, people were quick to point out that the error seems to come from a wire service that the Sun subscribes to:

Though the Sun deleted it within minutes, the mistake made headlines, including a mention on Jim Romenesko's indispensable media blog on Wednesday.

The Sun has apologized to its readers and to Subban. Deputy editor Gillian Burnett tweeted that they are currently investigating the incident: