Obama to the UN: "We have our own racial and ethnic tensions"

In President Obama's speech to the UN General Assembly, he invoked the ongoing unrest in Ferguson, Mo. 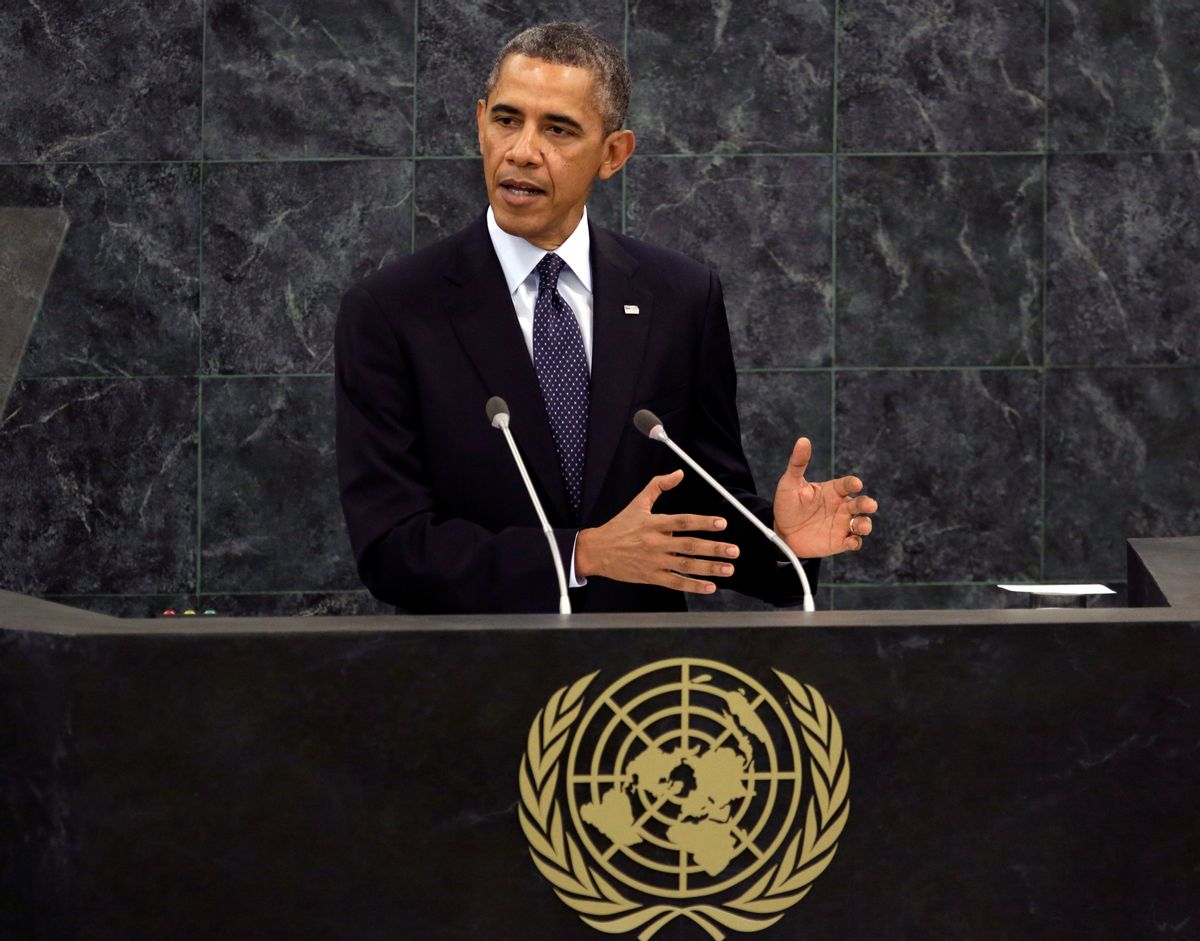 On Wednesday morning, President Barack Obama addressed the United Nations General Assembly and made the bold move of turning his focus inward.

"I realize that America's critics will be quick to point out that at times we too have failed to live up to our ideals, that America has plenty of problems within its own borders. This is true," said Obama. "In a summer marked by instability in the Middle East and Eastern Europe, I know the world also took notice of the small American city of Ferguson, Missouri, where a young man was killed and a community was divided," he continued, referring to the death of teenager Michael Brown at the hands of Officer Darren Wilson, and the turmoil between protesters and heavily militarized police that ensued.

"So yes, we have our own racial and ethnic tensions. And like every country we continue to wrestle with how to reconcile the vast changes wrought by globalization and greater diversity with the traditions that we hold dear."