The media's dumb criticism ban: Why we must stop cutting government slack during war

As U.S. forces head to the Middle East once again, Ron Fournier and Politico are dropping some bombs of their own 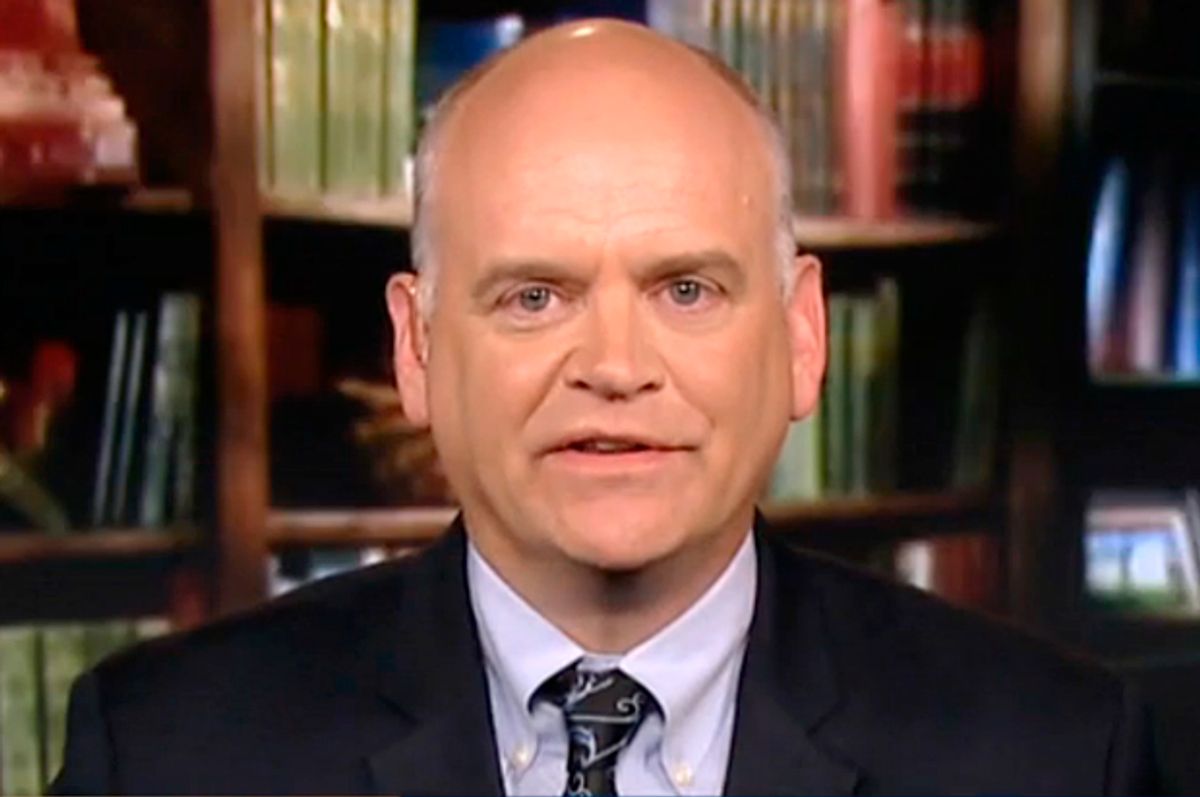 It’s wartime in America! Again! The bombs are dropping, the Tomahawk missiles are exploding, and the shiny new multibillion-dollar boondoggle aircraft are streaking across the desert. That means it’s time for pundits to stroke their chins, crack their knuckles and be enthusiastically wrong about nearly everything.

Yesterday, Politico magazine national editor Michael Hirsh explored the newly joined conflict as a chance for Barack Obama “to revive his presidency,” which is crucial because “clearly, Obama’s entire legacy as president is now at stake all over again.” The president has the opportunity to benefit politically, Hirsh argues, because his campaign against ISIS is a "new war," it’s his war, and not at all related to all the other wars that have left America really, really tired of war:

For Barack Obama, what is happening now no longer falls into the category of cleaning up old wars. This is no longer the war of the Afghan “surge,” which was mainly intended to end a war that was already underway. Or Obama’s aggressive policy of launching covert drone strikes and special operations missions against al Qaeda and its affiliates. This is a wholly new war, Obama’s very own, and it is out in the open. And it is happening in a country, Syria, where the president has until now resisted the entreaties of his entire national-security team to get involved militarily, refusing to arm the Syrian rebels and temporizing over whether to strike Bashar al-Assad over his alleged use of chemical weapons.

I’m not entirely certain how one looks at what’s happening in the Middle East right now and comes to the conclusion that it falls outside “the category of cleaning up old wars.” The people we’re bombing in Iraq and Syria, the Islamic State, are a splinter group of al-Qaida in Iraq, which did not exist until after the United States invaded Iraq in 2003. The reason we’re attacking ISIS targets is that they threaten the barely functioning Iraqi government and military force we propped up after turning the country into a war zone. “The group’s lightning rise is a symptom, however, of deeper instability,” Steve Coll wrote in the New Yorker earlier this month. “A cause of that instability is failed international policy in Iraq and Syria.”

The administration is even using the legal justifications for the “old wars” to claim that they have the authority to fight the “new war.” There’s not a whole lot about this that’s “new,” and a whole lot that involves cleaning up the mess we left the last time around.

Obama’s “legacy,” the country, and the entire Middle East are still hostage to the war on terror, which we can’t seem to win but also can’t seem to quit, so we just fight on indefinitely. This notion that Obama’s “new war” is separate from the old ones of the Bush years is indicative of how inured we’ve become to the constant warfare. And Obama’s strategy, by the administration’s own reckoning, guarantees that the fighting will stretch on for years to come.

Another noxious symptom of the war on terror was the idea, promulgated enthusiastically by Republicans and conservatives during the Bush years, that it’s somehow improper to criticize the commander in chief during a time of war. With the latest phase in the war on terror officially underway, it’s making a comeback.

National Journal’s Ron Fournier, usually an enthusiastic critic of the president’s policies, found himself in the strange position of cheerleading Barack Obama as he ordered U.S. warplanes to once again strike targets in the Middle East. After allowing that he has some “questions” about the administration’s strategy, Fournier explained why he thinks we – writers, pundits, politicians, whomever – should hold back in our criticism:

All of these questions remain relevant, as do doubts about the president's plans and his leadership skills. In the months and years of fighting ahead, the answers will come, and the doubts addressed. In the meantime, Obama's critics, including myself, should give the president's plan a chance to work. Criticism is fine and fully American, but the bar is a bit higher—the benefit of doubt a bit deeper—when the commander in chief deploys troops.

I don't understand the logic here. The president, when putting American combat forces in harm’s way, should be shielded from skepticism? That actually seems like the precise moment when the president should be facing the highest degree of skepticism and be made to explain in the fullest and most complete detail why his policies are worth the non-recoupable cost of American lives. Backing off and giving the administration the benefit of the doubt was the precise sin the media committed in the run-up to the previous war in Iraq.

But whatever! There’s a “new war” on! It’s time to get excited, and that means, for now, we’ll skip over the questions of whether the war is actually necessary or if our stated goals are even achievable and focus on the important work of wondering whether Obama can look like a “leader.”