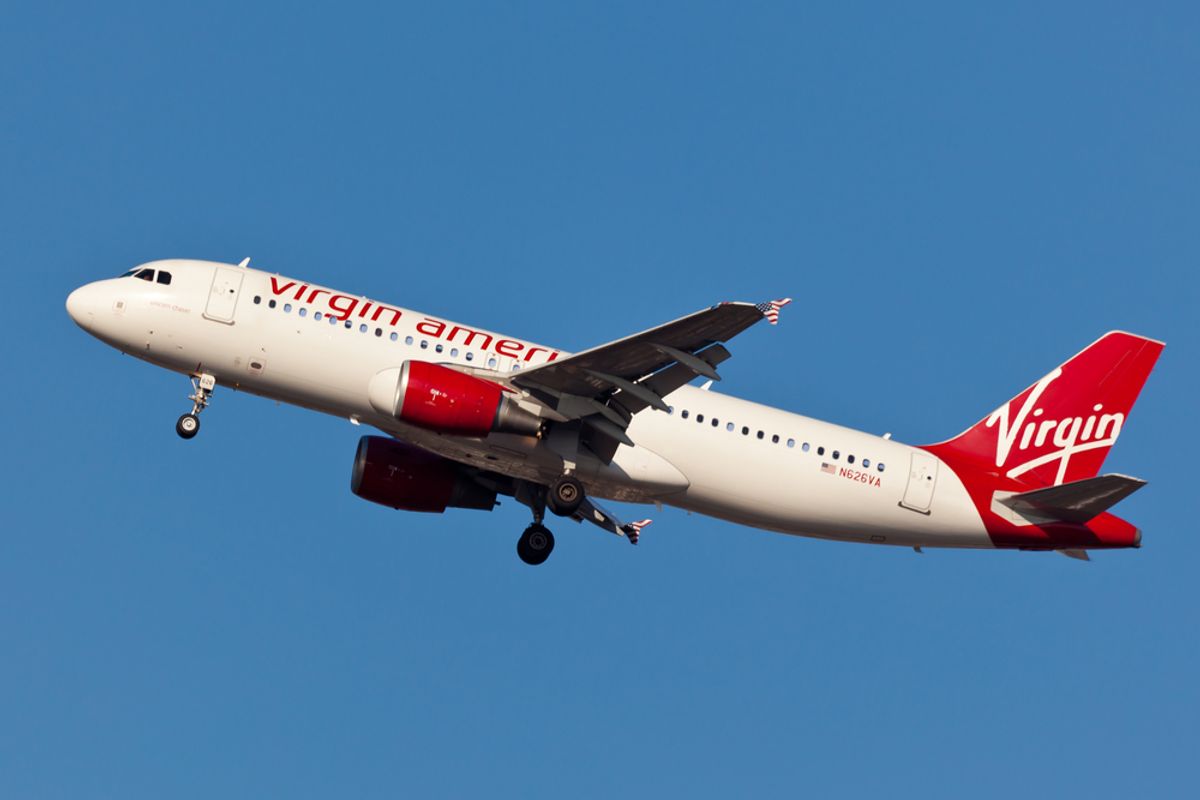 According to NBC Los Angeles, Adams was taken into custody for medical observation upon arriving in Nebraska, but it's possible he had been hospitalized shortly before the incident:

Sam Slater, an LA film producer who videotaped police officers boarding the plane in Omaha and taking a man away in handcuffs, said the passenger was wearing a hospital bracelet and sat behind him on the plane.

Slater's business partner, Paul Bernon, said the man returned from the bathroom and began arguing with a woman sitting next to him and tried to tell an attendant that he wanted her to move.

“He at that point was fidgeting and began to remove the plastic covering from the emergency exit door and tried to pull to open the door,'' Slater said. “Fortunately there were a couple of Boston police officers on the flight that were there at that point to help as well.''

Passengers reportedly told KETV that Adams was neither loud nor violent, although the station confirmed that he was "touching himself inappropriately" in the midst of a "mental breakdown."