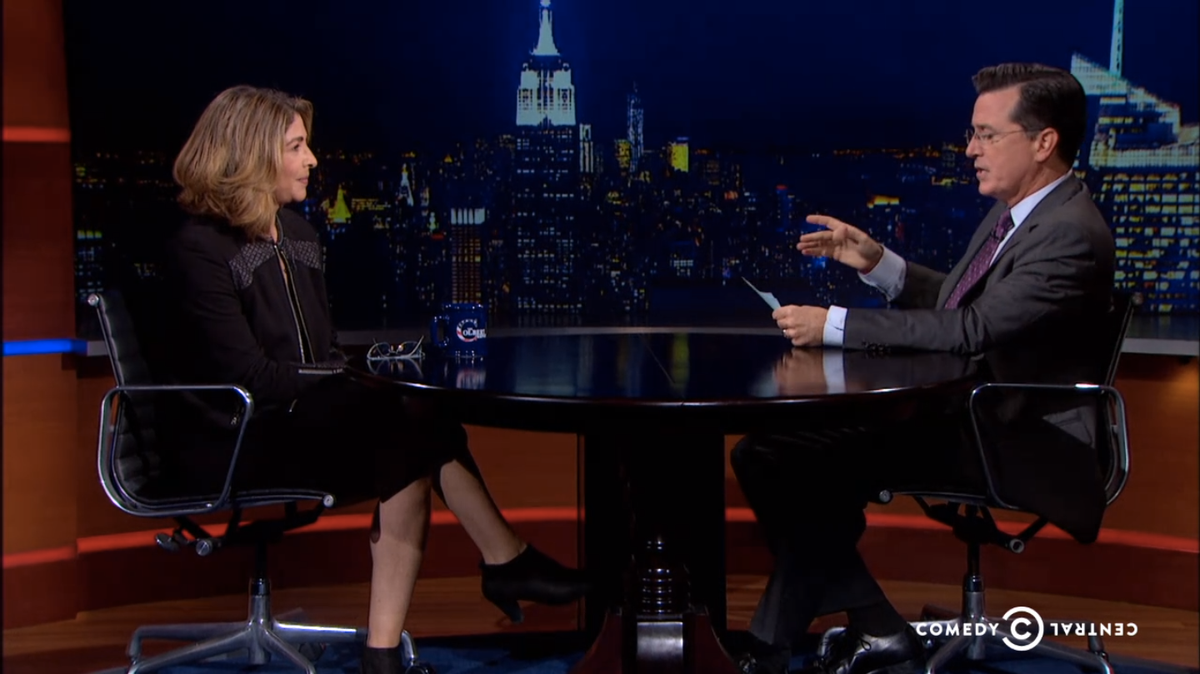 On Tuesday's edition of "The Colbert Report," Stephen Colbert interviewed Naomi Klein, author of the book "This Changes Everything: Capitalism vs. the Climate," about her book, capitalism's incompatibility with environmentalism and the People's Climate March. Obviously, Klein and Colbert's worldviews don't exactly match up.

"Capitalism is a machine based on short-term profit and growth and the climate needs us to contract," said Klein. "So you have this tension between a system that needs to grow, grow, grow indiscriminately, and a planet going, 'Guys, I have had it.'"

"That keeps breaking every heat record ever."