Bill Simmons is lying to himself: Why I don't believe his rant 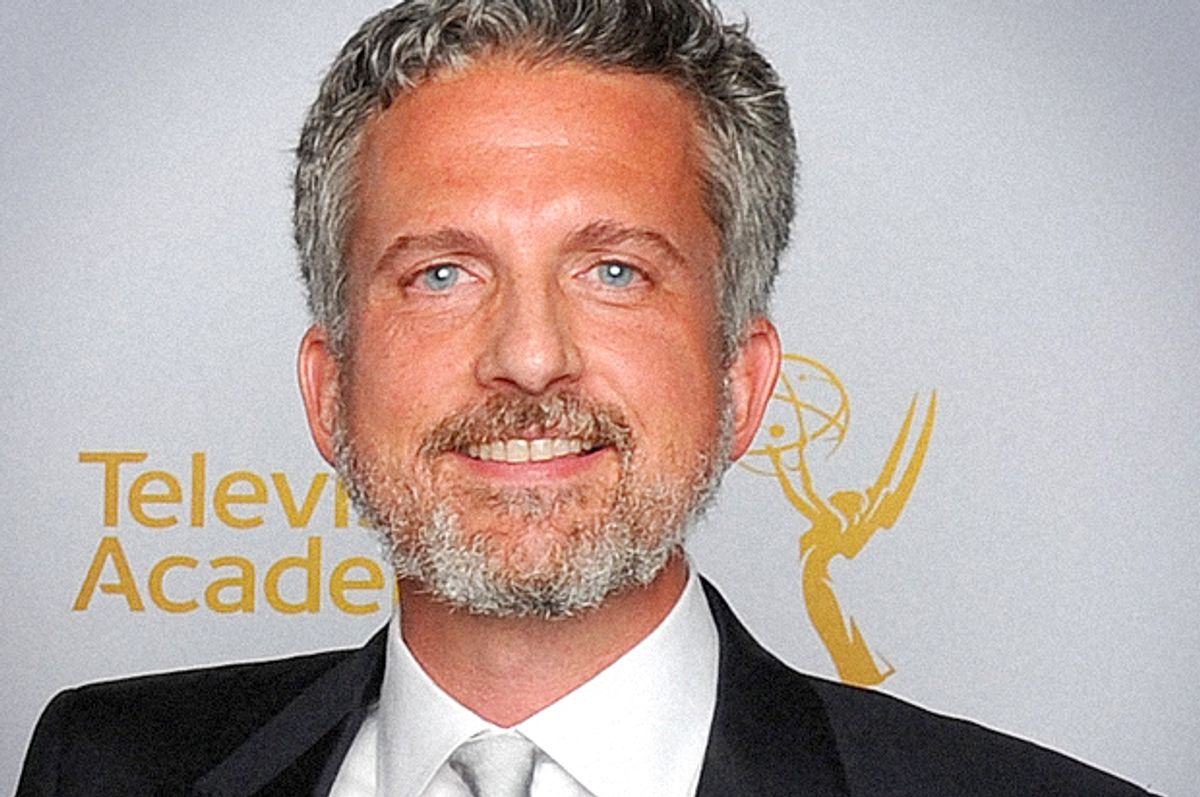 As most everyone who follows the world of pro sports knows, Bill Simmons, the editor of ESPN’s popular Web magazine Grantland and arguably America’s most famous fan, was just suspended for three weeks by his employer for going off on NFL commissioner Roger Goodell. ESPN has removed the offending podcast, but this being the age of the Internet, the Simmons rant lives on:

I just think not enough is being made out of the fact that they knew about the [Ray Rice] tape, and they knew what was on it. Goodell, if he didn’t know what was on that tape, he’s a liar. I’m just saying it. He is lying. I think that dude is lying, if you put him up on a lie detector test that guy would fail. And for all these people to pretend they didn’t know is such fucking bullshit. It really is—it’s such fucking bullshit. And for him to go in that press conference and pretend otherwise, I was so insulted.

Simmons was so insulted that he dared ESPN to discipline him:

I really hope somebody calls me or emails me and says I’m in trouble for anything I say about Roger Goodell. Because if one person says that to me, I’m going public. You leave me alone. The commissioner’s a liar and I get to talk about that on my podcast. Thank you. … Please call me and say I’m in trouble. I dare you.

Every employee must be accountable to ESPN and those engaged in our editorial operations must also operate within ESPN’s journalistic standards. We have worked hard to ensure that our recent N.F.L. coverage has met that criteria. Bill Simmons … did not meet those obligations.

Not surprisingly, the optics here aren’t good. The so-called World Wide Leader comes off looking like a media company with a conflict of interest the size of Vince Wilfork. Of course, ESPN has long had to fight the perception that its coverage of the NFL is biased by mutual business interests, which include a $15.2 billion contract to broadcast Monday Night Football. In fact, a huge portion of ESPN’s coverage is devoted to the NFL, and football in general.

When the network canceled its popular series “Playmakers” back in 2004, some speculated it was because the NFL objected to its frank portrayal of players indulging in sex and drugs. The network was also slammed for hesitating in its coverage of a civil lawsuit against Steelers quarterback Ben Roethlisberger, a familiar figure in ESPN ads. The suit accused him of sexually assaulting a woman. Most striking of all was the network’s abrupt decision to drop its name from the PBS documentary "League of Denial," which detailed the NFL’s long-standing effort to obscure the relationship between football and brain damage.

Simmons, meanwhile, has come out of this smelling like a rose. He appears intrepid and anti-corporate and now has a legion of fans tweeting out righteous notes affixed with the #FreeSimmons hashtag.

There is a part of me that finds this reaction completely absurd, given that Simmons has used the ESPN brand to elevate his own brand of witty and thoughtful fandom. There’s more than a whiff of opportunism here, particularly because Simmons is attacking the most unpopular man in America. I also think that Simmons is genuinely disgusted by Goodell, and has been for a long time.

But there’s a deeper and more compelling drama going on here, one that will probably get lost in all the recrimination.

And that is that Bill Simmons seems to be furious at himself. He’s furious at himself because he’s a smart, compassionate guy and he loves football and reveres its players and he recognizes — as do many thoughtful fans, especially in light of recent events — that he’s been promoting a game that is fundamentally corrupt.

To me, this latest rant represents his effort to locate the guilt he feels in the person of Goodell.

Before you write this off as psychobabble, you might want to have a gander at the final paragraphs of a column Simmons wrote a few years back, after it was revealed that the defensive coordinator for the New Orleans Saints was offering his players bounties to injure opposing players. He wrote,

That’s what the NFL is banking on these next few years— hypocrisy, basically—as more stories emerge about the tortured lives of retired players. Many of them can’t walk, sit down or remember anything. Some battle debilitating headaches and gulp down pills like they’re peanuts. A few weeks ago, Jim McMahon confessed in an interview that his short-term memory was gone, then admitted he wouldn’t even remember the interview as he was giving it. You hear these things, you sigh, you feel remorse, you forget . . . and then you go back to looking forward to the next football season. Gregg Williams crossed the line; he won’t be there. I just wish someone would decide, once and for all, where that line really is.

Again: I think Bill Simmons is a compassionate guy. I think he’s absolutely terrific at his job, which is to write and comment about sports in a way that’s intelligent but unpretentious. And he’s also clearly anguished about what the game does to its players, especially in light of the revelation that nearly a third of all ex-players will wind up with brain damage.

But I also think that Simmons isn’t quite ready to acknowledge his own complicity and take that painful final step away from the game. He knows as well as anyone that we fans are the ones who created and ultimately underwrite the NFL and the rest of the Football Industrial Complex. And he knows that he has tremendous power among fans, that if he decided to “draw the line” and quit watching football it would send shockwaves through the sporting world. It would force those who respect his opinion to think about the moral hazards of football, and their own complicity.

And this is why I think Simmons isn’t just talking about Roger Goodell and NFL executives when he utters these words:

And for all these people to pretend they didn’t know is such fucking bullshit.

I think he’s talking about himself, whether he knows it or not. I think he’s smart enough to recognize that the truly courageous stand for him to take at this historical moment is to draw the line himself. To acknowledge that it’s us fans — not a reviled corporate automaton like Roger Goodell — who need to be honest. And I think he knows that he probably has more credibility with fans than Goodell, or anyone else, frankly, ever will. If Bill Simmons announced tomorrow that he was turning away from the game, that he could no longer choose his own viewing pleasure over his conscience, America’s fans would freak out.

Lots would repudiate him. But others would do some necessary soul-searching. The conversation around football would become a genuine ethical debate rather than an ablution performed before the next big game. (This is why I titled a chapter of my new football book “Bill Simmons Draws the Line.”)

Now then. I don’t have some giant platform from which to issue this challenge, but if Simmons disagrees with what I’ve written here, I’d be honored and delighted to debate him in any forum he likes.

Or actually, let me paraphrase the Sports Guy:

"Bill Simmons is a coward. Please call me and say I’m in trouble. I dare you."