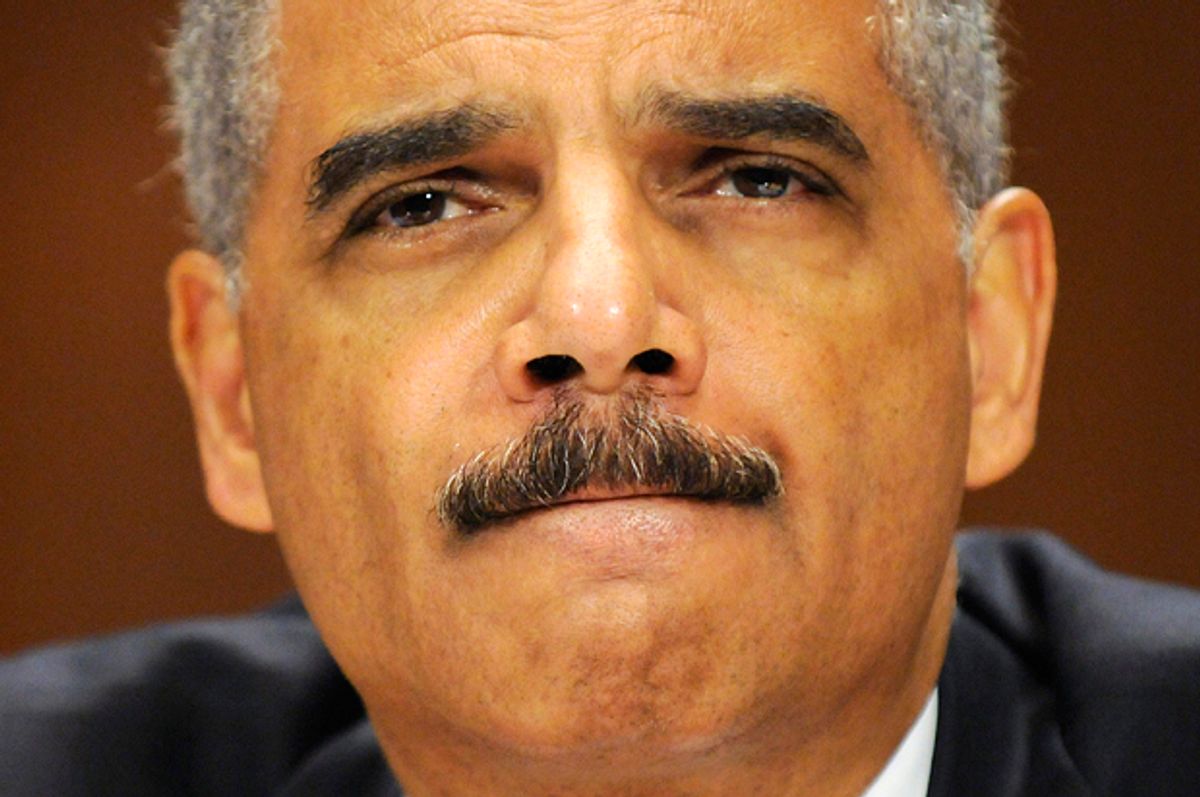 NPR reports that Attorney General Eric Holder will announce on Thursday that he's resigning, bringing to an end a nearly six-year tenure at the helm of the Justice Department.

Holder was the subject of widespread resignation rumors last year amid controversy surrounding the Department's surveillance of journalists, but ultimately held on.

Eric Holder Jr., the nation's first black U.S. attorney general, is preparing to announce his resignation Thursday after a tumultuous tenure marked by civil rights advances, national security threats, reforms to the criminal justice system and five and a half years of fights with Republicans in Congress.

Two sources familiar with the decision tell NPR that Holder, 63, intends to leave the Justice Department as soon as his successor is confirmed, a process that could run through 2014 and even into next year. A former U.S. government official says Holder has been increasingly "adamant" about his desire to leave soon for fear he otherwise could be locked in to stay for much of the rest of President Obama's second term.

NPR's report mentioned Solicitor General Donald Verilli as a leading candidate to succeed Holder, although Politico's Kyle Cheney reports that Massachusetts Gov. Deval Patrick, whose term ends in January and who served in the Clinton-era Justice Department, is headed to D.C. today.