Condom cookbook provides a strange (and tasty?) way to think about sex ed

A new Japanese cookbook shows that if condoms are useful in the kitchen, they can be useful elsewhere too 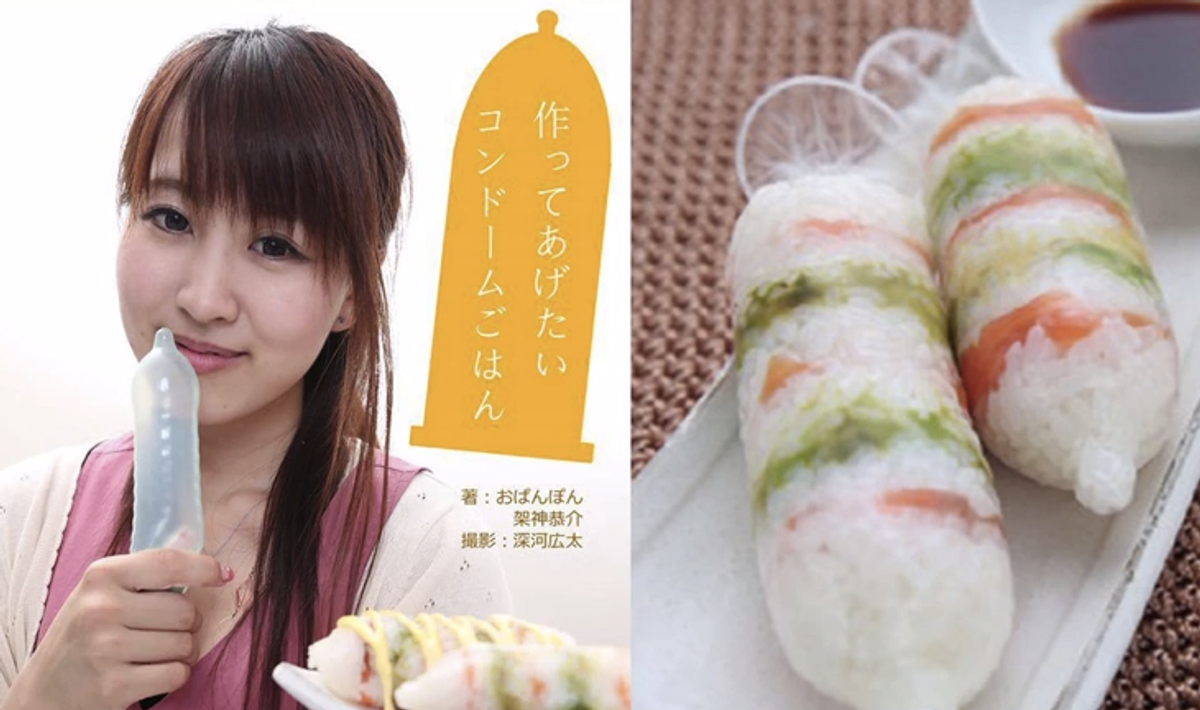 In a creative (if strange) effort to raise awareness about condom use, Manga writer Kyosuke Kagami has created a tongue-in-cheek cookbook titled "Condom Meals I Want to Make for You," which is basically just what it sounds like. The book contains 11 recipes such as "Condom Push Sushi," "Condom Meat Stuffing" and "Condom Escargot Cooked With Butter," all of which incorporate the latex contraceptives in some way. A promotional video suggests adventurous cooks wash any lubricant from their latex cookware before getting to work.

According to Kotaku, Japanese men are "some 'third worst' condom users in the world." While it's unclear if Kagami's cookbook will successfully convince people to have safe sex, it could be a good reminder that although condoms have many uses (apparently), their primary use as a contraceptive is maybe the most palatable. Unless, of course, Condom Sausage sounds good to you.

"Condom Meals I Want to Make for You" is available on Amazon. Watch a video about the book below: