Two black teenage girls were killed and left on the side of a road in Florida. Why doesn't America care? (Updated) 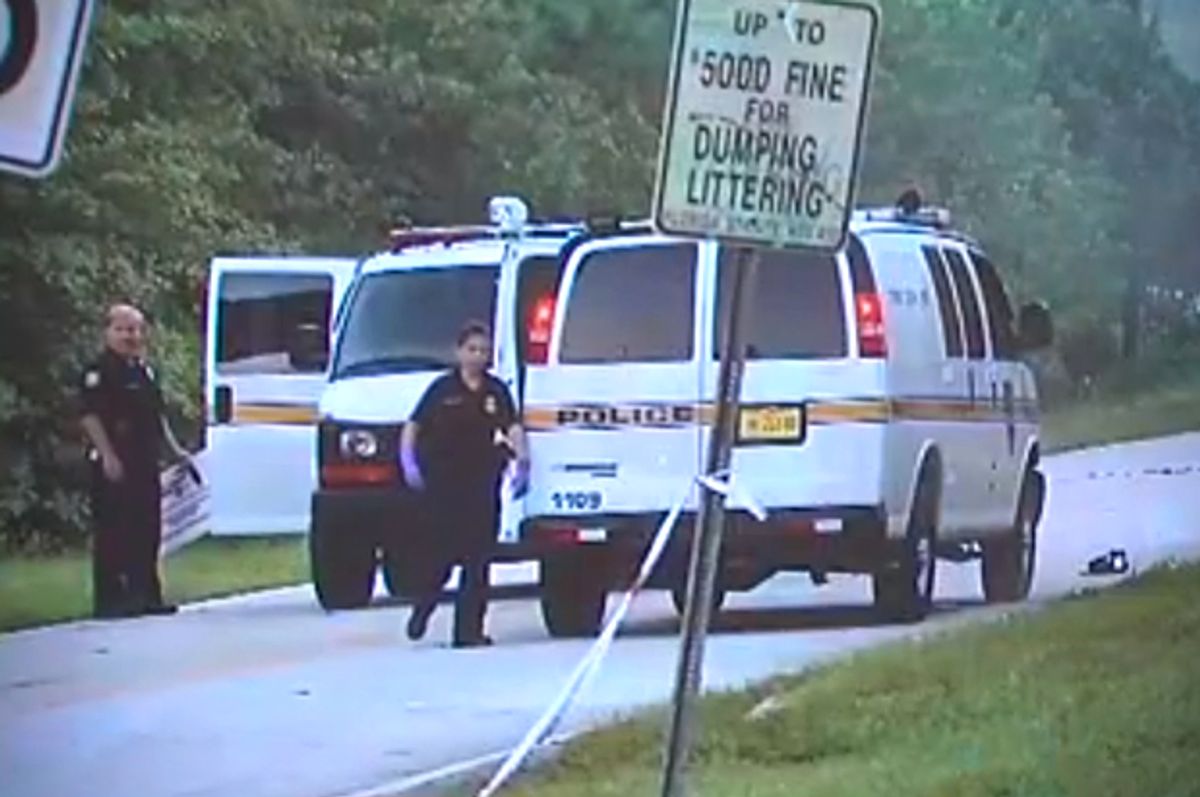 In the wee hours of a balmy, eerily calm morning in North Jacksonville, Florida, last Thursday, the lifeless bodies of two teenage girls, Angelia Mangum and Tjhisha Ball, were discovered alongside a somewhat remote stretch of road just east of Interstate 95 and West of U.S. 17, allegedly naked, bound with zip ties, lumped on top of each other, surrounded by a pool of blood. Two witnesses driving past on Sisson Drive, near the intersection of Main Street North and Clark Road, said they initially thought they saw a corpse; so they flipped a U-turn to see if they could determine whether it was a human body or simply a dead animal, roadkill. On second glance, it appeared to be the former.

Upon confirming their initial suspicions, one witness, Jason Brown, as he recounted to Jacksonville’s WFOX-TV Channel 30, said it “looked like they were tossed from the overpass.” The two passersby then hurriedly dialed 9-1-1 to notify law enforcement. Authorities dispatched to the scene arrived and immediately suspected “foul play,” according to local ABC affiliate, WJXT and the Tampa Bay Times, although what exactly happened to Mangum, 19, and Ball, 18, remains unclear. Autopsies have been ordered. No suspects have been named. No arrests have been announced.

The details of, and circumstances surrounding, Mangum and Ball’s untimely and gruesome deaths have been primarily confined to local media in the Duval County area. Which is to say their story, curious and shocking as it may be, hasn’t made much more than a blip on the mainstream media’s radar. Why this is the case is difficult to determine. However, a few familiar hypotheses seem to be making their way to the forefront .

Considering the ongoing coverage of the missing University of Virginia student, Hannah Graham, who allegedly was abducted by Jesse Matthew, a portly 6-foot-2, 270-pound black man with dreadlocks, who is wanted on suspicion of abduction with the intent to defile, according to Charlottesville Police Chief Timothy Longo, one might suppose that the lack of collective interest by the press is related, but not limited to, the intersection of the race and class of the victims. To this accord, Ebony senior editor Jamilah Lemieux penned an extremely blunt Op-Ed titled “Black Girls Murdered (But Do YOU Care?)” posing these very questions — questions that are sadly not new — pleading for national media outlets, which include, among its ranks, this publication, to give the case of these two young, black, teenage girls the kind of attention and diligent reporting they deserve. And rightly so, their story matters. That Mangum and Ball were, if investigators’ suspicions are confirmed, brutally murdered and disposed of like roadside litter serves as a tragic allegory to their treatment thus far by the national press and the American public.

As with many stories where race and class takes center stage, and where black victims lie slain, the character of the victims — as well as their complete history of personal choices, family “flaws” and the victims' economic and social circumstances — has (lightly) colored the narrative. From the Tampa Bay Times:

State records show that both women had criminal records.

Ball was arrested last year in Jacksonville on a felony cocaine charge, records show, but the charge was dropped. In April, she was arrested in Tampa by the Florida Highway Patrol on a misdemeanor charge of driving without a valid license.

The records also show that Mangum was arrested twice as a juvenile on burglary and larceny charges in Hillsborough County. More recently, she last year faced a charge of failing to appear in Hillsborough court on a burglary charge.

It has also been reported that either one or both of the victims had been working in Jacksonville as exotic dancers at a nearby gentlemen’s club. The inclusion of this wildly tangential, unrelated tidbit to paint the portrait of the victims sparked outrage throughout the sex worker activist community, who have been raising funds and awareness about the case, and in Lemieux, who (accurately) lambasted it as victim-blaming and irrelevant, among other things. Such outrage echoed similar sentiments in the wake of the death of Michael Brown  — an 18-year-old black kid in Ferguson, Missouri, who was killed in broad daylight by a white police officer, Darren Wilson. Though multiple witnesses have come forward essentially saying the same thing — that Wilson fired upon Brown multiple times even as he surrendered — both the media and the authorities in Ferguson (which is now the subject of a broad investigation by the Department of Justice) and in St. Louis County have engaged in what could only, at best, be construed as an attempt to recast Brown in a different light, complicating his final moments.

Each time this has occurred, uproar has ensued. After the New York Times unremarkably referred to Brown as “no angel,” public intellectuals such as Ta-Nehisi Coates and Melissa Harris-Perry forcefully dismantled the oft-cited idea that a victim's lack of perfection is justification for execution. When numerous media outlets attempted to paint Brown as a thug and a gangster rapper, they were almost instantaneously met with swift pushback on Twitter and across other social media platforms in the form of #iftheygunnedmedown, a refutation of tired racial scare tactics and harmful stereotypes. Not to be outdone, authorities in Ferguson, despite warnings from the Feds, engaged in a questionable public relations campaign against Brown of their own, puzzlingly releasing a video allegedly showing Brown stealing from a convenience store. The question of "why?" remains a mystery. The footage was, of course, a non sequitur.

The number of incidents that elicit similar feelings is legion. Which perhaps makes the battles being waged in Ferguson, and Florida, and elsewhere — efforts predicated on resisting the same treatment as Mangum and Ball — all the more imperative. Yet, such efforts, while necessary, are not without limits of their own: They cannot replenish the breath that was violently sucked from the lungs of the victims nor can they restore their livelihoods.

What elucidating cases like those of Angelia Mangum and Tjhisha Ball does, however, is serve a far more important purpose: It forces us to confront reality. Which is to say, it forces us — America — to incorporate their story into our memory, our consciousness, as vile and as brutal as it may be.

Indeed, the circumstances of their deaths warrant more attention. But it’s not so we can sleep better knowing their story was heard. On the contrary, we should suffer from insomnia because we couldn't save them. The burden of reality is quite heavy, after all.

And it's a nightmare that continues to replay, over and over again.

Update, 9/26/14: This piece was updated to reflect a fundraising campaign that was organized for the families by sex work advocacy organization Everyday Whorephobia.