Marriage is not very romantic when you're broke: Why 30 percent of young people say they're not hitched

Marriage rates are declining because economic realities are coming to the fore. Time to rethink the institution? 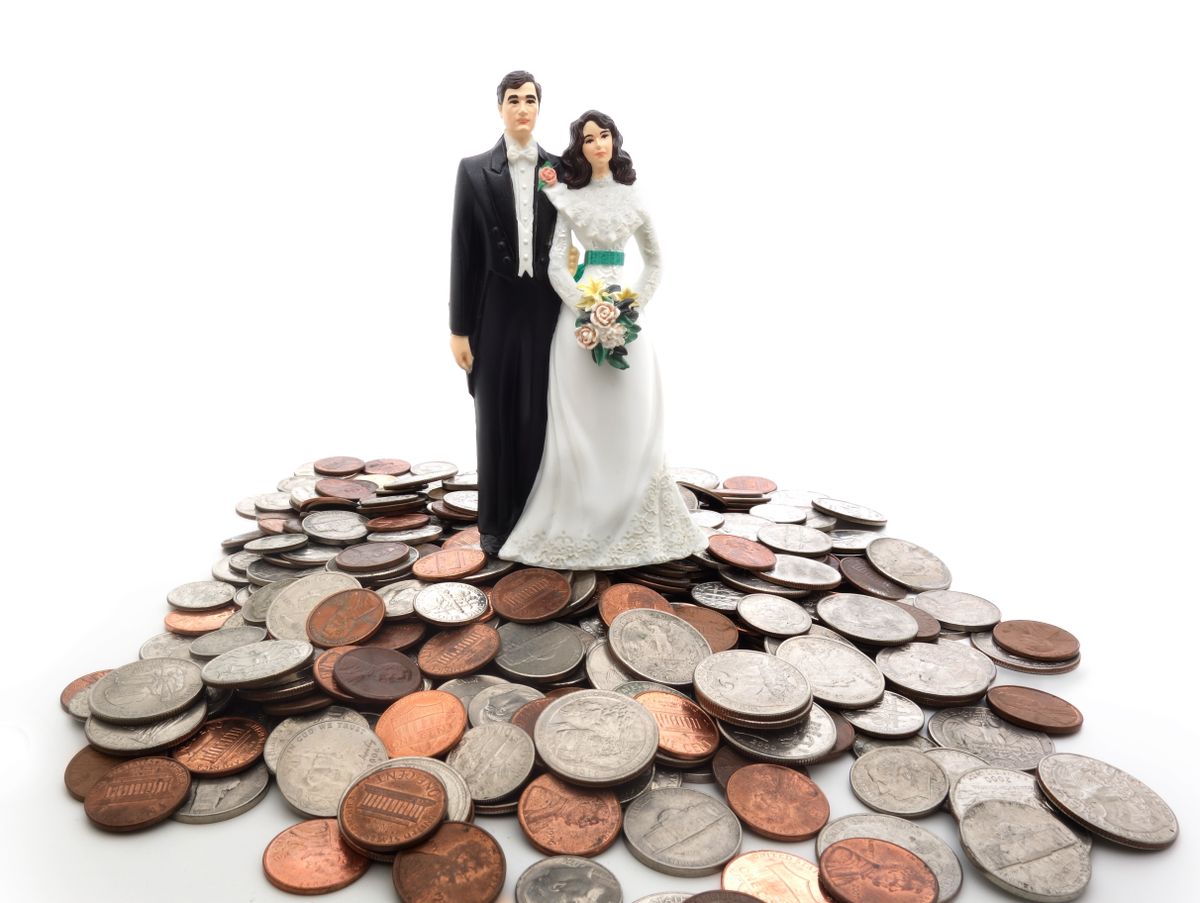 This week, the Pew Research Center released data on marriage rates in America. They're falling. According to the report, 20 percent of adults over the age of 25 have never married, whereas that number was just 9 percent in 1960. And Pew posits that if current trends continue, 25 percent of people currently between the ages of 25 and 34 will still have never married come 2030 -- an unprecedented share of the population. (Sorry, parents and grandparents reading this and feeling pretty bummed about why your terrible children and grandchildren won't just knock it off and settle down already.)

So marriage is looking different than it did a few decades ago. And according to Pew, that has something to do with economics and the increasingly precarious financial realities so many Americans are facing. "Among never-married adults ages 25 to 34, the number of employed men per 100 women dropped from 139 in 1960 to 91 in 2012, despite the fact that men in this age group outnumber young women in absolute numbers," according to the report. "In other words, if all never-married young women in 2012 wanted to find a young employed man who had also never been married, 9 percent of them would fail, simply because there are not enough men in the target group."

And according to the data, 78 percent of never-married women surveyed said they place a great deal of importance on finding a partner with a steady job. Taken in sum, the data reveals that money shapes a great deal about how people view marriage. And with good reason.

You can love someone and celebrate that love with a ceremony in a church, but unless you also went to the office of public records and got a license, you are not actually married. You just had a party and maybe got drunk while wearing something called a bridal jumpsuit. Getting married, in the eyes of the government, requires a contract. That contract comes with all kinds of obligations and entitlements.

But stagnating wages, growing wealth and income disparities, crushing student loan and other debts have perhaps elevated people's own vested interests in this calculus. According to the Pew data, 34 percent of young adults surveyed cited financial security as the main reason for not being currently married. It makes sense that people would want to find a parter with a reliable job or who seems otherwise financially steady because if you are just managing to stay afloat, marrying someone (and potentially having children) means becoming responsible for them. If that person is struggling themselves -- facing joblessness or carrying a lot of debt, for example -- it can compound the issue. And while many Americans require two incomes to support children, marriage is no guarantee of two steady incomes.

With a paper-thin social welfare system in place, feeling hesitant to become legally entwined with someone who may not be able to take care of themselves seems like a sensible calculus for plenty of Americans.

The Pew data also puts into greater relief (for like the millionth time) the long-popular (and long-wrong) conservative idea that marriage is a "cure" for poverty. People aren't poor because they're not married, they're not getting married, in many cases, because they're economically vulnerable. And gutting the already thoroughly gutted social welfare system only makes things worse. As Stephanie Coontz, a historian of marriage who teaches at Evergreen College, has already pointed out, shrinking the social welfare system and pushing marriage might make Rick Santorum feel pretty good, but it doesn't do much to help people get out of poverty:

From the 1950s to the mid-1970s, the United States greatly increased government support systems for workers, expanding Social Security, enlarging the safety net and investing in school construction and infrastructure that created jobs for blue collar workers while improving housing and educational access for the middle class.

The result? More Americans were able to work their way into economic security and to invest in education and training that enabled their children to do even better. Over that period, the poverty rate was halved, falling from 22% to 11%.

It is not the expansion but the erosion of government support and job creation over the past three decades, in combination with the decline of labor unions and employers' benefits, that largely accounts for the setbacks American families are experiencing and for the decline in social mobility since the 1980s.

So maybe these shifting trends around marriage are creating some space to talk seriously about what marriage does and doesn't do in the United States. What it does and doesn't mean. And, perhaps, it's an opportunity to get clear about the systems we want in place that allow people to provide care, job security, financial stability and basic things like food and housing for themselves and the people they love, whether or not they say, "I do."