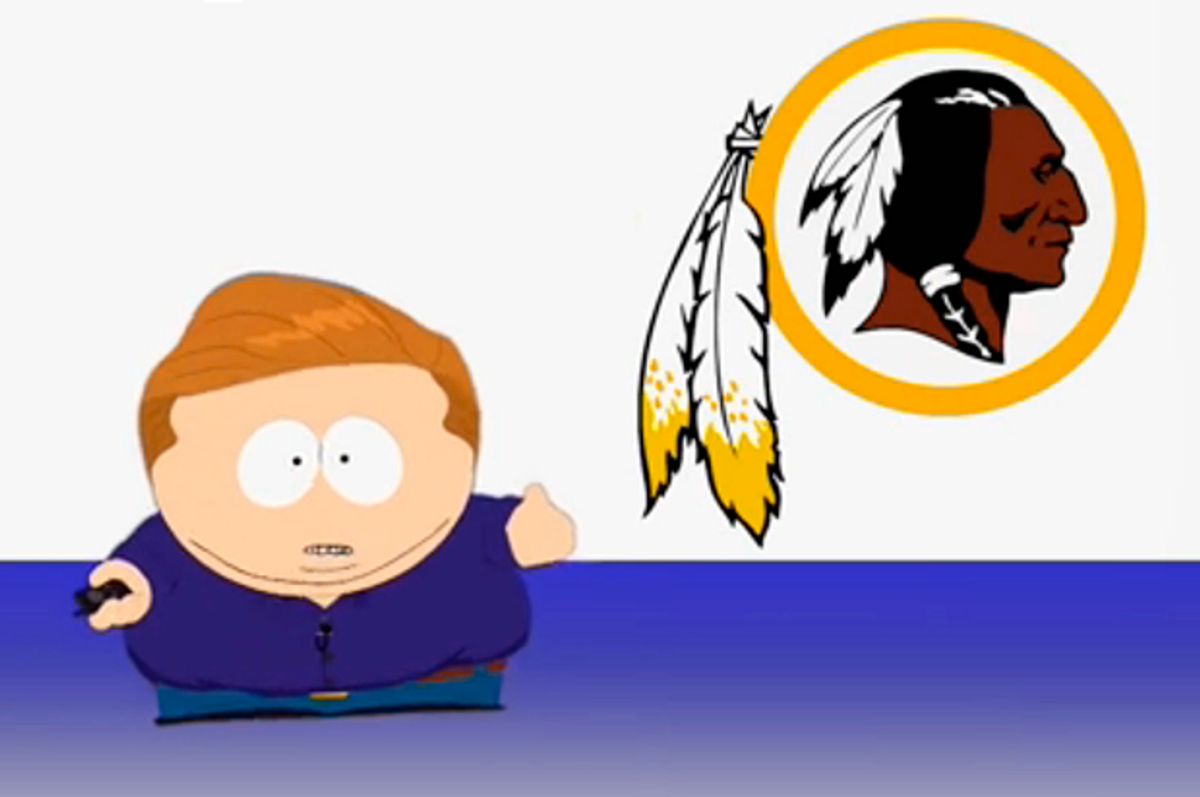 Last night's season premiere of "South Park" lived up to every ounce of hype generated by the simple, vague commercial in which Cartman has somehow become CEO of the Washington Redskins. The premise is simple: The boys are trying to found a start-up, which they all know revolves around the quality of the name and not necessarily the existence of a product. They discover that the Washington Redskins' trademark has been revoked, meaning they can take on a highly recognizable brand without having to do anything else.

In typical "South Park" fashion, the entire episode was an allegory about the rise and fall of the Washington Redskins, through the public's sudden disenchantment with the franchise. Every speech in the episode is a fractal of the issue, deftly commenting on the team's easy ascent to the status of national icon and the utter meaninglessness of a football team in the grand scheme of things.

Cartman's keynote announcing the start-up's name change from the Washington Redskins is perhaps the most concise, brilliant satire of the show. He says:

"Fuck you. Those words mean a great deal to us. They help us express just how we as a company see things differently. There are a lot of start-ups on Kickstarter, but after today, I think you'll agree that the Washington Redskins is the most exciting. As you know, the Redskins have been at the forefront of Kickstarter as a company that is always finding new and exciting ways to tell people to go fuck themselves, and now our company is thrilled to show you all the latest innovations we've come up with."

Watch the rest of the clip below.