"I'll bet that chai had a sprig of arugula in there and was certified halal by an undocumented gay Muslim barista!" 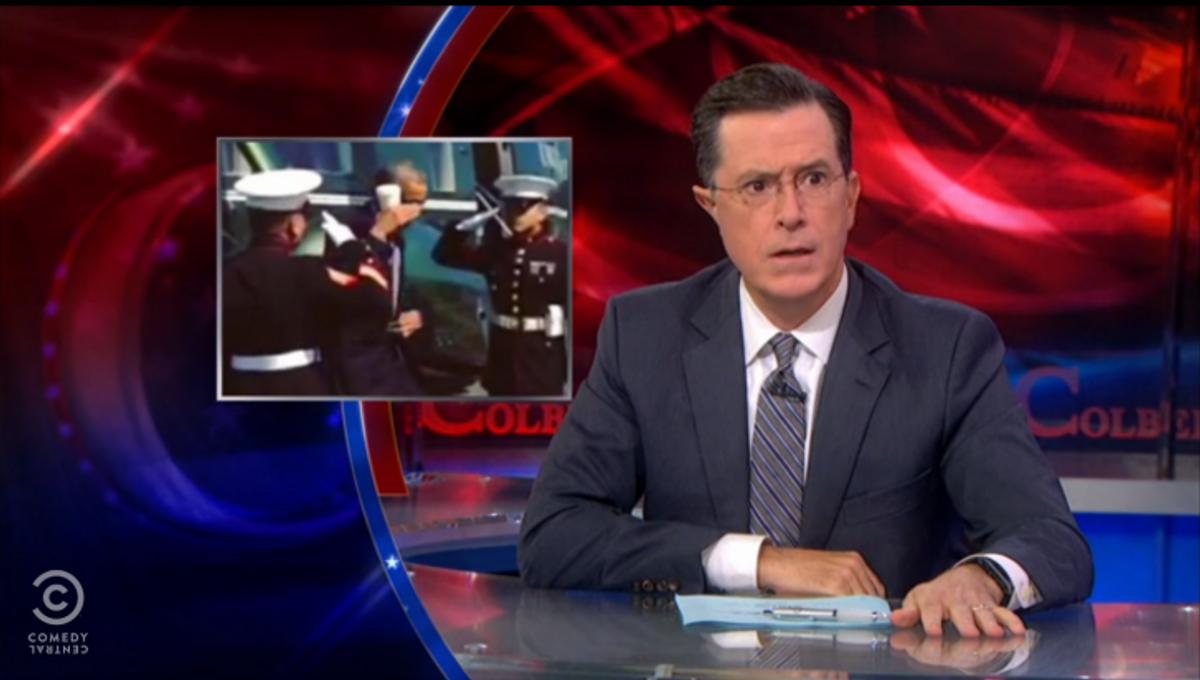 On Wednesday evening's episode of "The Colbert Report," Stephen Colbert turned his attention to the biggest scandal of the past 24 hours: the latte salute. Unfamiliar? When getting off a plane, President Barack Obama saluted two Marines with a coffee cup in his salute hand.  The public is not happy.

"Before the ugly accusations start flying from the liberals, this has nothing to do with the fact that the coffee was black," Colbert said. "I am sick and tired of the race hustlers out there playing the Starbucks gift card!"

Brian Kilmeade argues that Obama probably didn't mean to do it, which is likely true mostly because if not that's the most passive aggressive move in all of presidential history.