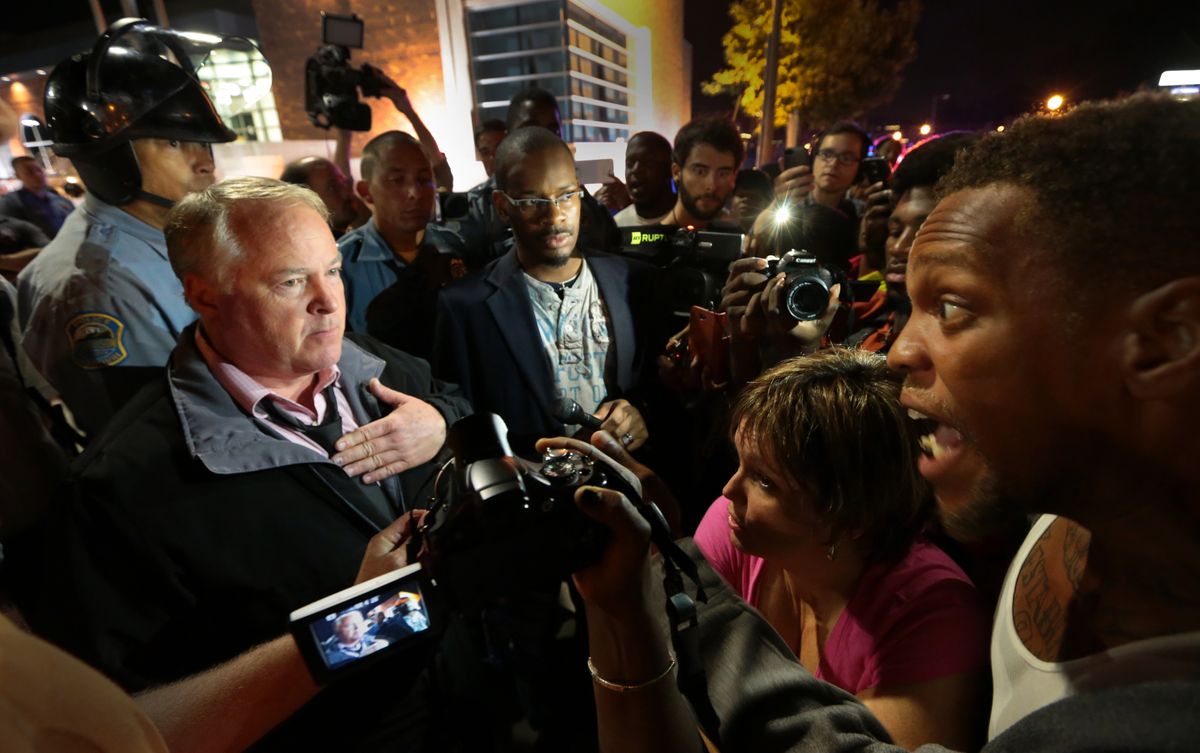 More American-led airstrikes targeted oil installations and other facilities in territory under the control of the Islamic State group in eastern Syria, activists say.

The attorney general, one of the most liberal voices in the Obama administration, says he'll remain at the Justice Department until his successor is in place.

Diplomats tell The Associated Press that the administration may soften present demands that Iran gut its uranium enrichment program in favor of a new proposal that would allow Tehran to keep nearly half of the project intact while placing other constraints on its possible use as a path to nuclear weapons.

An army officer and seven soldiers are being held in connection with the killing of 22 people, an encounter that the military initially reported as a shootout but that a witness later described as a massacre.

5. U.S. MAY HAVE IDENTIFIED MAN IN BEHEADING FOOTAGE

The FBI director says the government believes it has identified the British-accented masked man in the videos depicting the killings of two American journalists and a British aid worker, but doesn't reveal his name or nationality.

6. MANY IMMIGRANTS FAILED TO REPORT

About 70 percent of immigrant families released earlier this year by the Obama administration into the U.S. never showed up weeks later for follow-up appointments, the AP learns.

Just hours after he issued an apology to the family of Michael Brown, protesters briefly clashed with police as Tom Jackson marched along with them late at night.

8. TEACHER TO BE RE-SENTENCED IN MONTANA RAPE CASE

The man who spent just a month in prison for the rape of a 14-year-old is going back to court after the original judge was censured over comments that placed responsibility on the victim.

9. TONY STEWART SPEAKS TO THE AP

In an interview at his home in North Carolina, the NASCAR star tells the Associated Press that the crash that killed driver Kevin Ward Jr. was "100 percent an accident."

The retiring Yankees captain gave New York one more thrill with a game-winning single in the ninth inning, then took two trips out to shortstop, waving to the adoring crowd.