After a good week, how should we keep the pressure on? 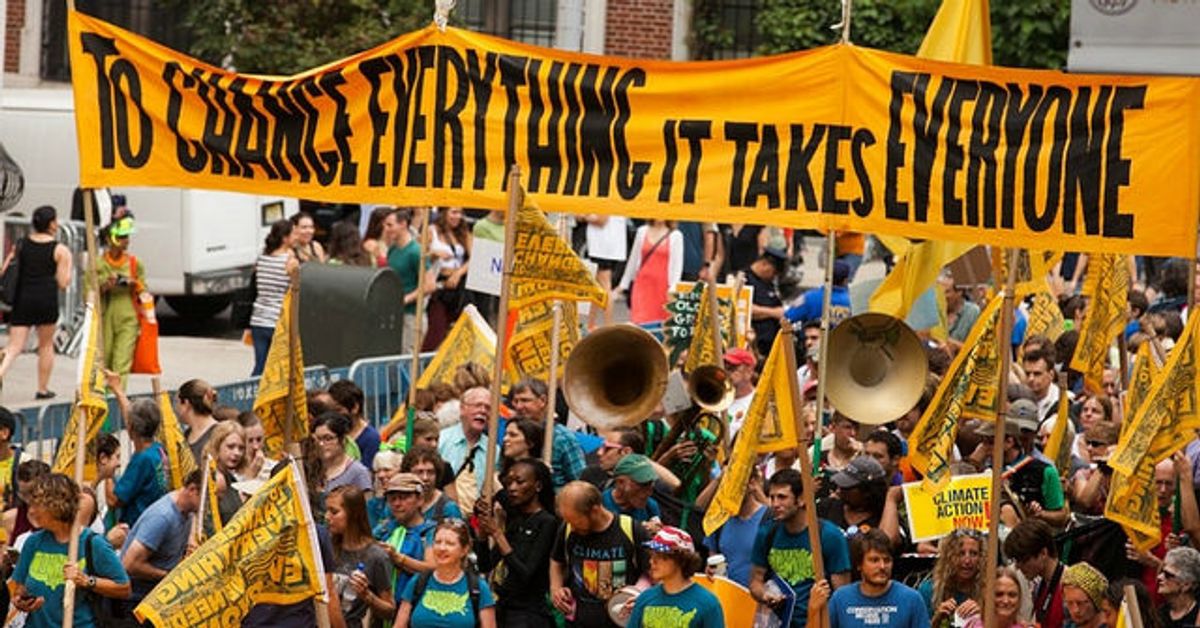 With 400,000 people on the streets of New York and climate change at the top of the global agenda, this was certainly a hopeful week. Governments and industry seemed to be competing to claim the initiative against climate change. The oil and gas industry pledged to slash methane emissions and agribusiness giants pledged to protect forests, Google made headlines by ditching ALEC and the Rockefeller brothers by ditching oil investments. The leaders of the US and China reaffirmed their strong commitments to reduce their CO2, and the President created an enormous Pacific wildlife preserve. An international compact of the mayors of major cities, which will be responsible for the bulk of population and emissions growth this century, was formed to coordinate reduction efforts. Even religious groups were in on the action.

But this is all hot air ahead of a binding accord to be negotiated in Paris next year. You don't have to be cynic to believe that business as usual will commence as soon as the spotlight moves off. Some didn't even bother to wait; many world leaders skipped the summit altogether, including those of China, India, Russia, Canada and Australia. India's environment minister, who did attend, blithely declared that India won't be cutting emissions for 30 years. The ability of corporations to fight climate change and turn a profit at the same time has always been doubtful. And with Republicans threatening victory in November, the United States' own commitments may quickly evaporate.

So after an encouraging week, how should we keep the pressure on in the run up to Paris 2015? What will keep local and national government on track, and what will convince business that fighting climate change is in their best interest?